The plague was not as deadly as thought

Forums: History, Black Death, Medieval Ages
Email this Topic • Print this Page
Reply Tue 19 Apr, 2022 12:46 am
Around a third of the population died of the plague in the Middle Ages, it is often said.
Using a sophisticated research method, scientists have now found out: This is probably not true. 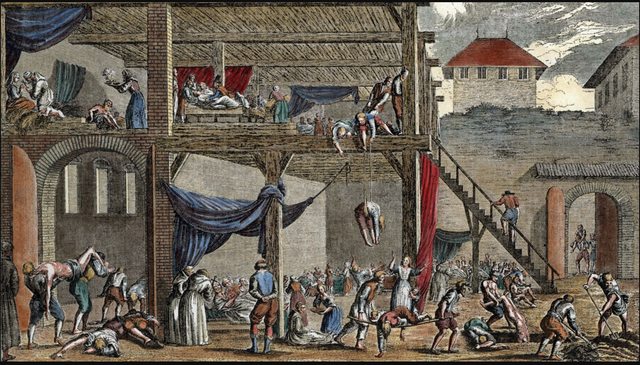 How deadly was the plague in the Middle Ages? How many people fall victim to a disease is not always easy to clarify, even in the present day. It is even more difficult with epidemics in history. Brought over from Asia, the Black Death killed millions of people in Europe from 1347 onwards, but how many people there were can only be estimated. Around a third of the population died, as is often said in medieval research. Depending on the region, between a tenth and two thirds of the people were affected. Some historians even write that the plague depopulated half of the entire continent, or even worse. But it was probably not quite that bad - at least that is what a study now published in the journal Nature Ecology & Evolution suggests.

62 international researchers led by Adam Izdebski from the Max Planck Institute for the History of Man in Jena have approached the plague in an unusual way: With the help of pollen preserved in mud, they have examined the plant population of the time. Their hypothesis: if the plague really depopulated half of Europe, agriculture would have collapsed over a wide area. After all, agriculture was mainly based on human labour. So instead of barley and wheat pollen, for example, we would have to find more pollen from bushes and trees. The researchers then analysed fossil pollen from the years 1250 to 1450, and did so on a large scale: they examined 1634 samples from 261 sites in 21 regions spread over 19 present-day European countries from Portugal to Russia. They call their method "Big Data Palaeoecology". And their result is: the plague apparently affected Europe in very different ways.

The Black Death (1347–1352 CE) is the most renowned pandemic in human history, believed by many to have killed half of Europe’s population. However, despite advances in ancient DNA research that conclusively identified the pandemic’s causative agent (bacterium Yersinia pestis), our knowledge of the Black Death remains limited, based primarily on qualitative remarks in medieval written sources available for some areas of Western Europe. Here, we remedy this situation by applying a pioneering new approach, ‘big data palaeoecology’, which, starting from palynological data, evaluates the scale of the Black Death’s mortality on a regional scale across Europe. We collected pollen data on landscape change from 261 radiocarbon-dated coring sites (lakes and wetlands) located across 19 modern-day European countries. We used two independent methods of analysis to evaluate whether the changes we see in the landscape at the time of the Black Death agree with the hypothesis that a large portion of the population, upwards of half, died within a few years in the 21 historical regions we studied. While we can confirm that the Black Death had a devastating impact in some regions, we found that it had negligible or no impact in others. These inter-regional differences in the Black Death’s mortality across Europe demonstrate the significance of cultural, ecological, economic, societal and climatic factors that mediated the dissemination and impact of the disease. The complex interplay of these factors, along with the historical ecology of plague, should be a focus of future research on historical pandemics. 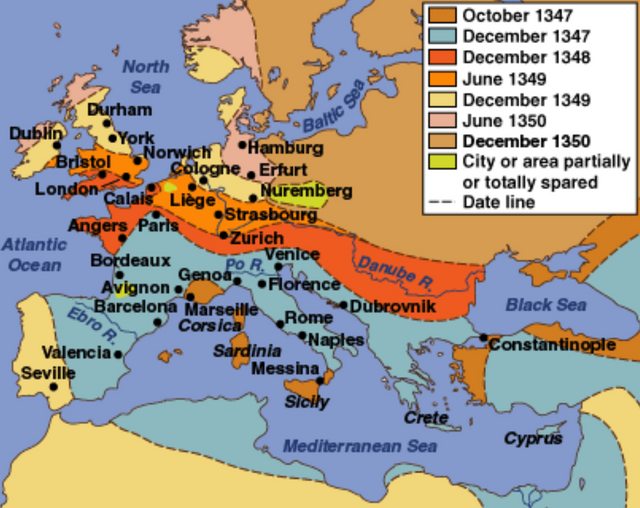