About big pharma and governments

Forums: Health, Government, Business, Corporations, Medicine
Email this Topic • Print this Page
Reply Thu 21 Oct, 2021 04:16 pm
Hi. I have heard and read that big pharma is in the business of keeping people sick so they can profit. That is why they prescribe meds that treat whatever is wrong with people and not physically cure them. They aren’t interested in curing people - that doesn't benefit them. They give people prescription meds that are quick fixes - they treat whatever people have but don't cure them. They are counting on keeping people sick and hooked on meds so they can make money.

I have heard that governments work with big pharma to keep people sick and hooked on meds.

Is this true? If so, what's the correlation between the governments of the world and big pharma?

Why would governments be involved? How would this benefit them?

Okay, but ARE governments involved with big pharma?

It's a disease, and cures tend to not be found super-quickly. That's not scientists or pharma or whatever dragging their feet; it's due to the fact that scientists try tons of different combinations, then they re-test them. They control for as many variables as possible. They study their results. They publish and their work is peer-reviewed.

This takes a bit.

PS About the government suppressing stuff... the government and pharma are made up of people. Lots and lots of people. Anything that big that was being covered up would be the sort of thing that an enterprising lower level employee would try to sell to the tabloids. And don't say the board of directors would keep it a perfect secret, because someone always messes up. They fail to shred something thoroughly, or they keep talking when the caterer comes in with a tray of food.

This doesn't mean the government is utterly devoid of secrets. It's more that big, juicy secrets like that are worth big money to the tabloid press and as a result they don't stay secret for long.
1 Reply
-1
Reply Thu 21 Oct, 2021 11:05 pm
@JGoldman10,
About 45% of the FDA's budget, or $2.7 billion, comes from industry user fees, according to a fact sheet released by the FDA in November 2020. The other 55%, or $3.2 billion, comes from federal funding.

This is not the first time J&J has violated FCPA laws. In 2011, J&J was charged by the Department of Justice with conspiracy for paying off Greek doctors to advance its product sales. The SEC also charged civil complaints. The company had to pay out a $70 million penalty for buying off officials in Greece, Poland and Romania. In 2010, an executive for J&J’s subsidiary DePuy was sentenced to a year in prison for corrupt payments to physicians within the Greek national healthcare system.

As one of the world’s leading medical device companies, J&J has had its share of recalls for faulty products including contact lenses and hip implants In 2013, it paid nearly $2.5 billion to compensate 8,000 recipients for its flawed hip implants Again in 2016, another $1 billion was awarded to plaintiffs injured from this device.

One particular dubious activity the company became involved with in 2008 was to launch a “phantom recall.” When its Motrin IB caplets were discovered to not properly dissolve, it hired outside contractors to buy up store supplies in order to avoid making public declaration. No one would have known of this activity and it would have gotten past the eyes of FDA inspectors had the deception not been exposed during a Congressional investigation.

Five Reasons Johnson & Johnson Is Having a Very Bad Month
Other major J&J lawsuits and recalls for faulty products include:

1995 – $7.5 million fine for destroying documents to cover up an investigation into wrongful marketing of its Retin-A acne cream to remove wrinkles.

1996 – An undisclosed settlement on false claims over condom protection claims to protect against HIV and other STDs.

2000 – J&J’s subsidiary LifeScan was found guilty for selling defective blood glucose monitors and failed to inform the FDA. All total, $105 million was paid out.
2001 – Paid out $860 million in a class action lawsuit for misleading customers about prematurely discarding its 1-Day Acuvue soft contact lens. J&J recommended they should only be worn once although it was discovered the lenses were no different than the regular Acuvue lens that would last for two weeks.

2010 – $81 million settlement for misbranding its anti-epileptic drug Topamax to treat psychiatric disorders and hiring outside physicians to join its sales force to promote the drug for unapproved conditions. The following year, J&J paid $85 million for similar charges against its heart drug Natrecor.

2011 – Several of its baby products were discovered to contain carcinogenic ingredients.

2013 – The US Justice Department charged the company $2.2 billion in criminal fines for marking its autism and anti-psychotic drug Risperdal for unapproved uses. Forty-five states had filed civil lawsuits against J&J in the scandal.

Risperdal is horrendous drug that contributes to rapid weight gain and a condition known as gynescomastia, irregular enlarged breasts in men. Semmelweis reports that J&J’s subsidiary Janssen also had an aggressive campaign to market its use in children with behavioral challenges. Other serious adverse effects from Risperdal reported by the FDA include diabetes mellitus, hyperprolactinaemia, somnolence, depression, anxiety, psychotic behavior, suicide and death.

The company’s legal problems over Risperdal do not appear to have ended. In October 2019, a Philadelphia jury awarded a man $8 billion in punitive damages for failing to warn that the drug could cause young men to grow breasts. Other recent suits include litigation over its blood thinner Xarelto risks of internal bleeding, and a $775 million settlement to 25,000 plaintiffs.

2016 – Two women were awarded $127 million in damages for the talc in its J&J Baby Powder causing ovarian cancer. Later, over 1,000 similar cases came forward. During the trial it was discovered that J&J suspected a link between talcum and ovarian cancer back in the 1970s. A Missouri verdict fined the company over $4 billion but it was later reduced to $2.1 billion. A New York Times investigation into internal J&J memos uncovered evidence that the talcum powder may have contained asbestos. These cases continue.

And Pfizer has a similar record of criminal activity. So I can see how you'd come to feel that they may not have your best interest at heart. But even though they've proven themselves to be repeat criminal offenders, we can't base our decisions on the fear that they might do it again, can we?
0 Replies
-1
Reply Tue 2 Nov, 2021 12:40 pm
@glitterbag,
oh. I think it is true
0 Replies
-2
Reply Tue 2 Nov, 2021 12:45 pm
There is an easy way to disprove this nonsense.

1) People are living significantly longer than 50 or 100 years ago (we have basically doubled the life expectancy).

2) We have slashed the infant mortality and childhood mortality rate in the past 50 and 100 years.

3) We have slashed the incidence of diseases.

If big pharma were trying to make people sick, then people wouldn't be getting healthier.

It's more that big, juicy secrets like that are worth big money to the tabloid press and as a result they don't stay secret for long. 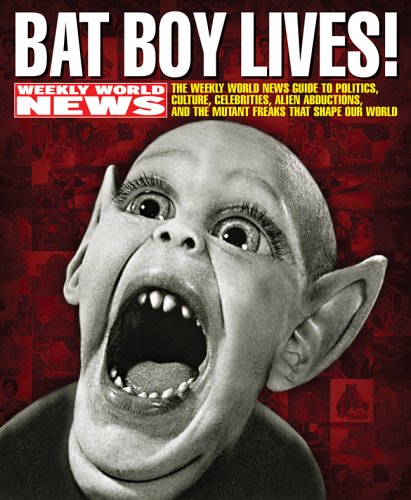