The job of Philosophy

Einstein was fully part of Establishment Science from the day entered the Zurich Polytechnic school to study Math and Physics until the day he died. There is nothing that Einstein did that conflicted with Establishment science.

1. He studied math and science and mastered it. When he graduated, he a complete knowledge of Physics and Mathetimic and had the degrees to prove it.

2. He had a hypothesis that he then worked out mathematically. He knew how science worked, anticipated the question he would get from peers, and worked hard to develop a complete there.

3. When he had a complete theory, he published in and had it peer reviewed. He worked with other members of the Physics establishment before hand to find any problems in his calculation... and he understood that any problems in his mathematics would mean his theories would be rejected.

4. He constantly worked in and taught in scientific establishments.

The same is true of Isaac Newton, Richard Feynman, Dirac... they all were educated in, and worked in the scientific establishment.
0 Replies
0
Reply Sun 6 Dec, 2020 05:50 pm
Historical speaking, philosophy is often the enemy of science.

Galileo the scientist stood before the philosophers who believed the Earth had to be the center of the Universe. He famously muttered "but it moves" as they forced him to recant his own observations.

Most Physicists view the philosopher Aristotle as a villain. Aristotle laid down philosophical laws of motion that held back Physics for hundreds of years because scientists weren't allowed to challenge their truth.

Newton, Darwin, Einstein... all of them were resisted by the philosophers because scientists look for experiment and observation where philosophers hold onto their sacred "truth" even when it is contradicted by reality.

All of the great Physicists were PhDs in science and or mathematics (with the possible exception of Curie). They all were educated in the establishment and experts in the mathematics of the time. At first they were opposed by philosophers, and then philosophers tried to claim them.

Feynman said it best "scientists need the philosophy of science the way a bird need ornithology".... many if not most scientists feel the Philosophy is either a nuisance, or a hinderance to their real work.

If you have been reading the comments from "Philosophers", criticizing education and attacking progress.. you can understand why that is.

He had a famous sentence you know...one among many.
Science without religion is lame, religion without science is blind!
We know by "God" he meant a Pantheistic approach on the line of Spinoza!
Saying that Einstein was part of the establishment because he went through normal Academia is one of the dumbest utterances mumbo jumbo I've ever heard on A2K! I have to give it to you, you take the prize of the most squary, most thick person around! Unbelievable what comes out of your mouth!!! 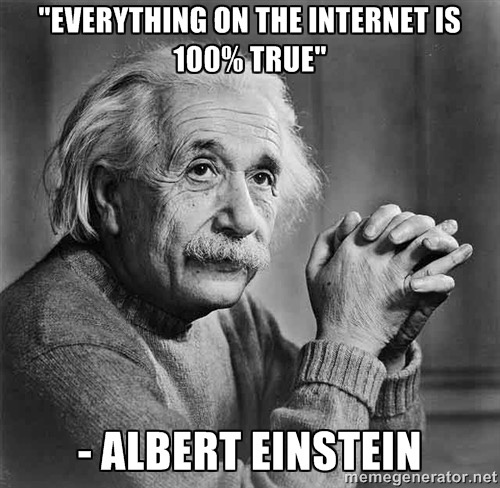 The fact is that Einstein was recognized as being exceptionally smart in kindergarten and moved to a school for gifted students by the time he was eight.

You are attacking science.... and now you are calling Einstein a retard.

1 Reply
1
Reply Sun 6 Dec, 2020 11:38 pm
@maxdancona,
No my dear I am defending Science from people like you. You give it bad rep!
As for Einstein life buy his printed Biography you fool! I read it in High School 30 years ago...
0 Replies
1
Reply Mon 7 Dec, 2020 01:05 pm
To get back to the point at hand in Philosophy of Maths, and going by the book, in the continuum hypothesis in mathematical vector space where a number represents a point I keep asking, how do you get to N point? Consider any Real Number and please explain exactly HOW did you arrive at that point without trans finite calculus? Because as far as I see it just like in a Black hole you never reach ANY Real number in vector space. Even to state that you approximate yourself in the number direction is misleading because for every step of the way no matter how infinitesimal you need to " walk" an infinity. So, where is the number exact location in vector space? Say a number is a point in such space how did you not picked its position arbitrarily in a finite degree of accurancy? No point can be ever reached with the continuum hypotheses without Maths magic and twisting of basic languaging concepts!
Worse the number itself representing an ever collapsing point in vector space has no definite "size", which is to mean NO INFORMATION!
Now the scenario I just described is not hard to visualize in anyone's mind !
Obviously this needs attention and better scrutiny which is exactly what guys in computer sciences are starting to do.
Ditto!
1 Reply
1
Reply Mon 7 Dec, 2020 01:12 pm
@Albuquerque,
1. You clearly don't understand what a "vector space" is. This is a pretty advanced topic that is generally tackled as part of a study of linear algebra. If you haven't studied linear algebra (and aren't willing to start with the basic topics) you aren't going to be able to learn.

2. The phrase "number represents a point" is mathematical gobbilty gook.

3. There is no such thing as "transfinite calculus". You just made that up.

I started another thread on the importance of well-defined terms. You are a rather egregious example.

Does vector space has any dimensions?


This is a nonsense question.

There are many different vector spaces, with different numbers of dimensions.

If you try to use the vocabulary without taking the time to learn what they mean, you are going to say nonsense. That is exactly what you are doing.

2 Replies
1
Reply Mon 7 Dec, 2020 01:46 pm
@maxdancona,
...oh you mean a fantasy language that is impervious to scrutiny? Your colleagues at computer sciences hate it!
Take some more videos Troll!

1 Reply
1
Reply Mon 7 Dec, 2020 01:50 pm
@Albuquerque,
Mathematical language is a precise language that you have to study to learn. There is nothing "fantasy" about it. But you can't just pretend to understanding if you haven't put in the work to learn it.

All of us who have studied mathematics have spent years to learn it. We study study the topics, solve problems and then are tested in our understanding.

You want to be an expert based on YouTube videos. The process of learning is solving problems and seeing where you are wrong. I have done that (and continue to do that). I have worked hard for my expertise, and my expertise has been tested and recognized.

You refuse to do this. I am glad you are good at searching for YouTube videos.
1 Reply
1
Reply Mon 7 Dec, 2020 01:51 pm
@maxdancona,
I have yet to see your account on the problem of the continum hypothesis using mathematical language.
You know the minute you do that, the exact frame of problems I raised will be legitimate, that is whatever language you want to use!
Go ahead my dear explain to lame people WHY the Continuum Hypotheses is problematic from the very Mathematics pov!
1 Reply
1
Reply Mon 7 Dec, 2020 01:57 pm
@maxdancona,
No and let me assert something bold, Computer language or better put finite mathematics is precise! Mathematics not an inch!
0 Replies
1
Reply Mon 7 Dec, 2020 02:04 pm
@Albuquerque,
You can't understand what the Continuum Hypothesis says until you understand what a "set" is. You are still having trouble distinguishing between values and sets.

The Continuation Hypothesis is an unsolvable problem. You are using the word "problematic"... which is a word you made up that isn't defined. The term "unsolvable" is a clearly mathematical word that mathematicians all understand.

The proof that is unsolvable is frankly beyond my mathematical training. I have no problem admitting what is beyond my level of expertise. You have far less expertise than I do... this is pretty advanced number.

You are pretending to know more than you do. I think you are fooling yourself.


1 Reply
1
Reply Mon 7 Dec, 2020 02:04 pm
This video is even better and makes my point even more clear just found it and go straight to the core of the problem!

1 Reply
1
Reply Mon 7 Dec, 2020 02:23 pm
@Albuquerque,
When it comes to philosophy the fundamental question is are you a SPECTATOR or a PLAYER?
1 Reply