Forums: Guns, Nra, Murder
Email this Topic • Print this Page
4
Reply Wed 7 Aug, 2019 07:36 pm
Apparently America's Glorious Leader didn't get as much love and admiration as he deserves.....and he is displeased.....Can you imagine how rude the citizens of Dayton and El Paso were to not prop up poor Donald when it was obvious he needed a pat on the back. Holy Crap, he actually arrived to Rock Star adulation and yet, and yet, and yet all the loser politicians (in mourning) didn't worship his fabulousness as was expected. Selfish citizens all wrapped up in grief that could have been instantly lifted, if only, if only, if only they embraced the egotist in chief.
0 Replies
4
Reply Thu 8 Aug, 2019 03:54 pm 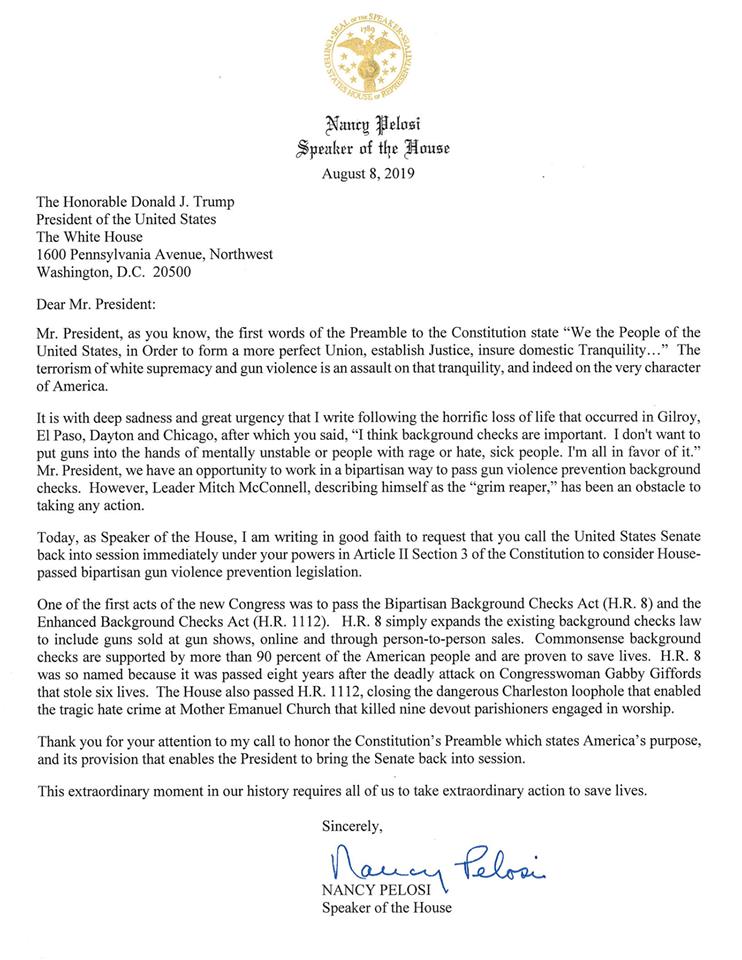 1 Reply
-3
Reply Thu 8 Aug, 2019 08:03 pm
@Region Philbis,
No to HR 1112. Period. It's designed to unconstitutionally violate the civil liberties of harmless law-abiding people. And the pointless extension of the waiting period is unacceptable as well.

But if HR 8 were modified to require all background checks to be completed within 24 hours, that would make it acceptable.
0 Replies
2
Reply Fri 9 Aug, 2019 09:31 am
Most Americans expect next mass shooting to happen in next three months: Reuters/Ipsos poll

Nearly half of all Americans expect another mass shooting will happen soon in the United States, according to a Reuters/Ipsos public opinion poll released on Friday, as the nation reels from rampages in California, Texas and Ohio.

The Aug. 7-8 survey found that 78% of Americans said it was likely that such an attack would take place in the next three months, including 49% who said one was “highly likely.” Another 10% said a mass shooting was unlikely in three months and the rest said they did not know.

The poll was conducted after two mass shootings earlier in August in El Paso, Texas, and Dayton, Ohio, and a third in Gilroy, California, last month that left 36 people dead. The attacks have rattled the country and renewed calls for tougher gun laws.

“You are on guard because you never know when it’s going to happen and where,” said Suzanne Fink, 59, a Republican from Troutman, North Carolina. “It has been happening much too often and it’s like a copycat effect.”

1 Reply
3
Reply Fri 9 Aug, 2019 09:49 am
@Walter Hinteler,
3 months seems overly generous.
0 Replies
-4
Reply Sat 10 Aug, 2019 08:11 pm
@snood,
Freedom Haters always think about everything in terms of bolstering their manhood. For some reason, they also think that everyone else shares their shortcomings and insecurities.