Do you think there will ever be any official DC/Marvel crossovers outside of comics?

Like Wreck-It-Ralph?
2 Replies
1
Reply Tue 6 Aug, 2019 07:12 am
@JGoldman10,
Yes. But with both Wreck It Ralph films, all of the licensed characters were regulated to just one scene or in the background as cameos. Similar to Who Framed Roger Rabbit?

0 Replies
1
Reply Tue 6 Aug, 2019 07:18 am
@JGoldman10,
This is wishful thinking on your part, there are two many interested parties and there's more than enough stories to be going on with, literally tens of thousands of DC and Marvel Comics that have never come close to a cinema outing.

Black Lightning should have had his own movie.

Luke Cage probably should have had one too.

BL and Cage should have had a TV series before now.

Both of these characters originated in the '70s. The only Black superhero movie that came out in the '70s was Abar, the First Black Superman (1977):

I was going to say Shaft was the closest thing we had to a Black superhero movie in the '70s, but we actually had one.

I was going to say Shaft was the closest thing we had to a superhero movie in the '70s, but we actually had one.

There were lots of naff Spiderman films too.

I was going to say Shaft was the closest thing we had to a Black superhero movie in the '70s, but we actually had one.

I know about the '70s live-action Spider-Man series. I wasn't aware there was a movie made.

I was going to say Shaft was the closest thing we had to a Black superhero movie in the '70s, but we actually had one.
1 Reply
1
Reply Tue 6 Aug, 2019 12:29 pm
@JGoldman10,
There weren't a lot of roles all round for BAME actors. We've come a long way. Have you seen any of the old Charlie Chan movies from the 1930s? There are a lot of scenes with Chan's son, American born, but still not quite American enough, and his sidekick, a black servant/driver who spends all the time looking wide eyed and scared, an infantile stereotype just put in for comic relief.

2 Replies
1
Reply Tue 6 Aug, 2019 12:48 pm
@JGoldman10,
Some of the Charlie Chan ones were shown on the BBC during the Summer holidays when I was a kid. My brother liked them, but he was a lot younger than me. I didn't like them, I found the comedy scenes annoying, I knew I was supposed to find it funny but I didn't think it was. He spent most of the film doing this. 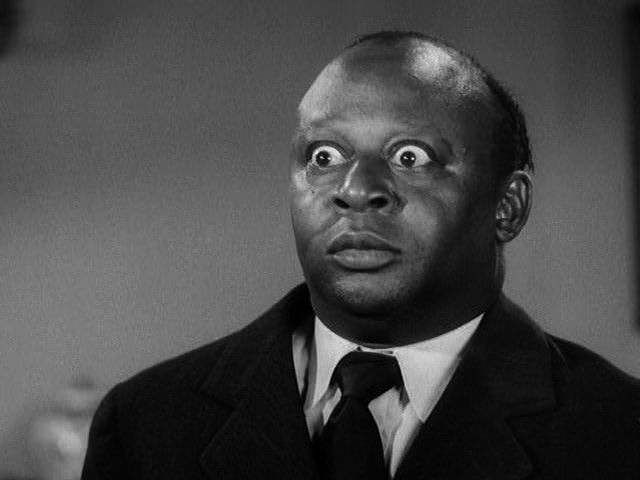 I've heard of Charlie Chan and Mr. Moto. I never watched any movies in either series.


FIXED.
0 Replies
1
Reply Tue 6 Aug, 2019 01:55 pm
@izzythepush,
When I think of classic American live-action superhero shows these are the first ones that come to mind:

Notice The Greatest American Hero is the only '80s show listed above. All the others are from the '50s to the '70s.

I recall Hercules: The Legendary Journeys and Xena: Warrior Princess being very popular in the '90s.

The point I am making here is none of these shows starred or featured a Black superhero lead. Or any lead character who was a person of color.

You're correct. There weren't a lot of live-action BAME superhero shows out between the '50s to the '90s.

I didn't know a movie like Abar, the First Black Superman existed. I don't know too much about blaxploitation movies.
0 Replies
1
Reply Tue 6 Aug, 2019 03:22 pm
@izzythepush,
How come a lot of people of color weren't finding work?

Was it because not a lot of people in the TV business who produced live-action superhero shows cared about cultural diversity or was it because people of color were being discriminated against?'

I am wondering why there were no live-action Black superhero movies in the '80s.