Anyone know of any good deeds/things pirates did to help people?

Forums: History, School, Help, Pirates, Homework
Email this Topic • Print this Page
Reply Fri 31 May, 2019 10:11 pm
Hello everyone! For a school project I chose to do pirates as being an upstander generation for their time. I was just wondering if anyone knew of any good things they did that may of helped slaves, people being oppressed, etc. Thank you!
Type: Question • Score: 12 • Views: 3,979 • Replies: 35
2
Reply Fri 31 May, 2019 10:14 pm
@Godehyda,
No, but pirate society was generally pretty democratic, especially compared to naval forces of the day.

I'm referring to pirates back in the time of wooden ships with sails, of course.
0 Replies
3
Reply Fri 31 May, 2019 11:21 pm
You might want to check out this article called Pirates of the Revolution. I didn't read the whole article, but it's about how privateers were outfitted and commissioned by the government to attack British shipping.

0 Replies
2
Reply Sat 1 Jun, 2019 04:17 am
@Godehyda,
This is a piece of fiction, and it's pretty weird like most of Burrough's books but there are points where revolutionary pirates are referenced historically.

It might give you some names to start off with. 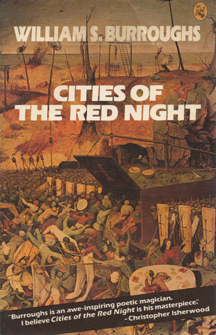 1 Reply
5
Reply Sat 1 Jun, 2019 04:30 am
@izzythepush,
Pirates would kindly take care of your goods by offloading the stuff and transporting it at no cost to an available storage unit.

1 Reply
1
Reply Sat 1 Jun, 2019 06:01 am
@farmerman,
Would you say they didn’t really have any good qualities? I chose them because I wanted to do something a bit different to what everyone else was doing, e.g Martin Luther King, Malcolm X, etc. Would it not work to consider pirates being somewhat upstanders against the government of their time? I read into them and how they would recruit slaves into being apart of the crew, and targeted slave ships for the boats but also freed the slaves. Thoughts?
1 Reply
2
Reply Sat 1 Jun, 2019 08:43 am
@Godehyda,
as oralloy hinted, perhaps youre thinking more of Privateers , which usually carried a commission from their home govt to plunder shipping OF THE ENEMY OF THE DAY.

Pirates were usually criminals to all. Read some history of a few and youll see that most were nasty fellows (and on or two women)
2 Replies
3
Reply Sat 1 Jun, 2019 09:46 am
@farmerman,
I think the distinction between privateer and pirate is pretty small.

I think in many cases pirates just took the letter as a matter of convenience ... it didn't change their behavior much.

2 Replies
2
Reply Sat 1 Jun, 2019 09:51 am
@Godehyda,
There are pirates today operating out of Somalia. Somalia is an impoverished country, the piracy industry provides jobs, incomes and supports the local economy (pirates go to restaurants, and barber shops) for people who really need it.

There is an obvious benefit for people living in these economies.
0 Replies
2
Reply Sat 1 Jun, 2019 10:30 am
@maxdancona,
Its the difference between a soldier at war and a killer. So Id disagree a bit. After all, Francis Drake was a privateer.
1 Reply
2
Reply Sat 1 Jun, 2019 10:49 am
@maxdancona,
I think one main difference is that the government supports and advocates the privateer for its own cause but opposes the pirate. The government defines who is a privateer and who is a pirate.
It would be like two spies, one spying on a company and the other spying on a country.

At any rate I think the difference is small enough that Godehydra could use privateers in his study especially if he stresses the difference. It'll probably be hard to make a case for good pirates outside of privateers.
0 Replies
2
Reply Sat 1 Jun, 2019 02:04 pm
@farmerman,
farmerman wrote:

Its the difference between a soldier at war and a killer. So Id disagree a bit. After all, Francis Drake was a privateer.


The only difference between a pirate and a privateer is a letter of marque. Any plundering and looting that Francis Drake did before he received that all important piece of paper was piracy.

When violent men with cannons and sabres come to steel your money and rape your women... I don't think this letter will matter much to you.

(Sir Francis Drake kidnapped people in Africa and sold them into Slavery overseas. This crime is worse than piracy in my accounting).

1 Reply
1
Reply Sat 1 Jun, 2019 04:06 pm
@farmerman,
I read that most pirates came from previously being sailors/some privateers to piracy because of unfair pay, treatment, etc. I think the difference is privateers were run by the government to control shipping, and had government laws. While pirates went against this, and did things their own way. This is where I thought the term ‘upstander’ could come in. With how they would split fortune equally, allowed slaves a choice of freedom and protection in the crew, give them voting rights, etc. (Opinion). Thank you.
0 Replies
3
Reply Sat 1 Jun, 2019 06:27 pm
@maxdancona,
Quote:


(Sir Francis Drake kidnapped people in Africa and sold them into Slavery overseas.

EVERYONE was in the slave trade. Drake 's altercation with the Spanish which led to the Spanish War that caused their defeat in 1588, began with SPPain thinking that Drake was intending to interfere with THEIR slave trade.
Drake was then nmed Admiral of the Fleet, were he a mere pirate he woulda been hung and his body parts distributed among the colonies as an example.

Your argument is like accusing the US of being a pirate nation because we used the A bomb twice. HAD NOONE been involved in the slave trade I guess Id agree with you but all the "civilized ntions" wereslavers during this time. The differentiation of which you speak had to wait another (Almost) 200 more years
1 Reply
1
Reply Sat 1 Jun, 2019 06:38 pm
@farmerman,
Are you saying that Drake wasn't hung? I assume that had he been caught by the Spanish government he would have been hanged (but that is a different thing altogether).

Drake had PR and he clearly knew how to manipulate British political power.

I don't know if you can defend Drake's slaver behavior even by the moral values of the time. He broke the laws of the time to capture slaves and bring them to the colonies. I don't even know what you mean that "everyone was into slavery". That clearly was not true, in fact there was already an abolitionist movement.

He was cruel. He was a criminal. He was driven by greed and a lust for power

He also worked for the winners of hsitory.(remember that history is usually written by the winners).

Do you have evidence that the European Abolitionist movement was in force during the late 1500's through the early 1700's. I was always under the assumption that slavery was a fairly widespread activity to service the colonial ag systems in the West Indies and America and that abolition was a product of the Enlightenment and the growing Anabaptist movements of the late 1700's. Im flexible enough to be convinced if you have such evidence.( However Im thinking that youre incorrect)

Are you saying that Drake wasn't hung?

Drake was a victim of Dysentary which he acquired in the East Indies. NO he was not hung. Im fairly certain of that (I will look it up but Ive got a book on the epic circumnavigation events and Sir Francis Drake was the second to have done it after Magellan. But the Chinese have been entering the "race" ., and Magellans "Scrivner" Enrique Serrano, had always claimed that Magellan actually came down about 1500 miles short of completion. So, Drak could hav really been the first , if Enrique is not blowin smoke up our collective asses.