Sorry, I wasn’t sure that was a serious question.

Maybe you could firm it up by defining just what you mean by 'living chemicals'. There are no such thing unless they are arranged in a very sophisticated way. I’m saying that never happens naturally by the known forces of physics.

I have already stated that for the sake of argument that I accepted the existence of what I think you/farmer mean by 'living chemicals', like in the Urey-Miller experiment that farmer is so fond of. Amino acids are as close as we get to natural 'living chemicals', but they are definitely not 'living things', just 'building blocks' as biologists call them.

That brings us to the 'middle of the movie'. Now I want the rest of the story, and we/Science do not have a 'natural explanation' of it. My protein argument shows why the movie ended in the middle unless an intelligent actor was involved.

Does this address your point?
2 Replies
3
Reply Wed 1 Dec, 2021 01:20 pm
@bulmabriefs144,
I can see that on of your limitations is comprehension. NOWHERE did I impugn the xpansions of knowledge and capabilities. However very few untrained artists make it past the nickname of outsider"

There are very few Caravaggios or Winslow Homers . of course there are plenty of outsider artists convinced of their genius. Are you Homer or a Basquiat?
1 Reply
2
Reply Wed 1 Dec, 2021 01:55 pm
@Leadfoot,
The process was already long underway when your supposed divine intervention took place. You arbitrarily select a point to say magic intervened. Funny how gods follow the believer's agenda in your interpretations.
1 Reply
4
Reply Wed 1 Dec, 2021 02:22 pm
@Leadfoot,
Quote:

Now I want the rest of the story, and we/Science do not have a 'natural explanation' of it. My protein argument shows why the movie ended in the middle unless an intelligent actor was involved.

Ive admitted our ( science's) ignorance , but we are working . Whats the IDers excuse?. I see no attempis at even collecting any evidence to support your belief.
All you guys do is leap on science"s work and holler "Its not right:

All your "science minds " are coming up with nothing but lies
1 First and Foremost your leaders say that ID is all about THE SCIENCE.Yet, whenever they are one with one speech they add thoughts about God and Jesus being in control

2 NONE of the arguments (like irreducible complexity) have been able to stand any close scrutiny. Dr Behe i still left saying that Supernatural means are scientific.

You guys are counting on people being impressed by your hogswallop
1 Reply
-3
Reply Wed 1 Dec, 2021 05:42 pm
@farmerman,
"On" of my limiations? Could perhaps "on" of your limitations be spelling?

Yes, I am an outsider artist. So what?

Are artists artists because other people designate what they do as art, or is it their drive and ambition to improve that makes them good?

Art is not something I've worked seriously, but I'm cynical enough about it after seeing a toilet with a confederate flag in it win first place (in my college art fair), while a realistic painting got runner-up. I of course tried to switch the 1st place ribbon but they'd alrwady awarded it. I brought a smile to the face of Runner-Up Gal though.

The point being that the only limitation is other people, but if you don't measure yourself according to their standards, then it's no big deal.

All you guys do is leap on science"s work and holler "Its not right:

All I’ve been doing is citing scientific facts and challenging you to find fault with them, which you can’t seem to do. That’s because they are right.

All your "science minds " are coming up with nothing but lies

Projecting again?
Put up or shut up farmer. Point out the lies in my protein argument.

All your "science minds " are coming up with nothing but lies

I am tempted to mimic some southern hick way of speaking and be all like, "Them's are using that science in ways that shouldn't ought not to be messed with. Don't they know these are forces they just don't understand? Not like me. They's got that fake noise (news?) dohickey again, they not following the science." 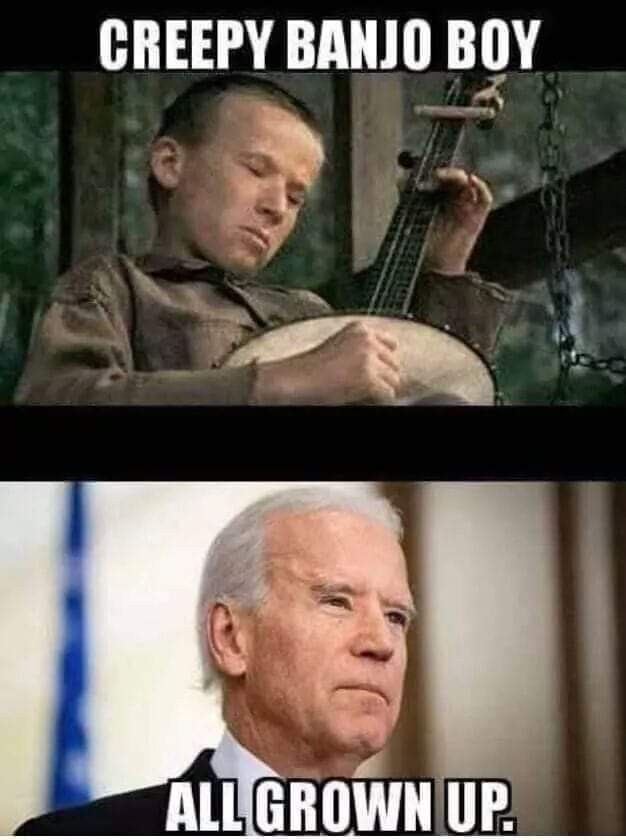 You know Farmer, some people do know a few things. Disagreeing with you doesn't make them stupid. Sometimes it means you don't actually know science like you think you do.

https://www.etymonline.com/word/science
Science
n. "what is known, knowledge (of something) acquired by study; information;" also "assurance of knowledge, certitude, certainty," from Latin scientia "to know." It further relates to division of types of knowledge from "to cut."

We separate things in this world into categories to understand them. But there is nothing about this that prevents religious people from using science and/or religion to understand the world they live in. That you have a hangup, and can't get past the fact the Leadfoot does understand science ... that doesn't make him wrong. That just makes you flawed and prejudiced.
2 Replies
1
Reply Thu 2 Dec, 2021 05:59 am
@bulmabriefs144,
I will only try to call a skunk a skumk. There are no "alternative facts
I try not to argue with folks who know what they speak.

2 NONE of the arguments (like irreducible complexity) have been able to stand any close scrutiny. Dr Behe is still left saying that Supernatural means are scientific.

2 NONE of the arguments (like irreducible complexity) have been able to stand any close scrutiny. Dr Behe is still left saying that Supernatural means are scientific.

neither you , leadfoot and other science morons have ever been able to refute the above.

Really easy to win an argument with someone when they aren’t there ya know. And, I see you misquote people other than me too. (Source?)

Be that as it may, I’m didn’t say anything about Dr. Behe. It is my protein argument you have to answer if you want any credibility.


I don't actually know who this Beher chap is, but I don't understand your problem.

I have read some discussions avout how the Ten Plagues can easily be explained as a series of natural evrnts. I'm sure the author intended "See? See?!? There is no God needed here, we can explain it all." Sorry, but that just shows how effective science has become in putting natural processes into words. The sea of blood is actually red tides, the other stuff is side effects of this such as insects and frogs leaving the lakes and rivers, eventually leading to animal sickness, mold, and a bad case of I think it was anthrax, which then contaminates the food sources. Far from dissuading me in the existence of God though, it only further cements the belief that God can use natural processes as well as supernatural stuff.
https://thebiomedicalscientist.net/science/ten-plagues-egypt
There's several articles in this, but this one tells history too.

Here's an interesting part though. The Jews are told to mark their doors with blood using hyssop. Now we think of the blood as the real part and the hyssop as just a handy plant to brush it on. But actually...
https://www.healthbenefitstimes.com/health-benefits-of-hyssop-essential-oil/
Hyssop is an antiseptic, and an antimicrobial. They were basically usually blood to paint the hyssop on, not the other way around.
0 Replies
0
Reply Thu 2 Dec, 2021 12:05 pm
@edgarblythe,
Quote:

Science is ongoing, we know more now than we did a hundred years ago.

The science of today is just beginning to catch up with what has been taught for thousands upon thousands of years.

The Buddhists believe that “Universe after universe is like an interminable succession of wheels forever coming into view, forever rolling onwards, disappearing and reappearing; forever passing from being to non-being, and again from non-being to being.

In short, the constant revolving of the wheel of life in one eternal cycle, according to fixed and immutable laws, is perhaps after all, the sum and substance of the philosophy of Buddhism. And this eternal wheel has so to speak, six spokes representing six forms of existence,” Or the six creative days, which the bible describes as the six generations of the universe.

The Buddhists see the universe as eternally evolving from generation to generation.

Is nature a gigantic cat? And if so, who strokes his back?

Oh yes, you say, you know all about these things. Alternate or direct current, various principles of electromagnetism or whatever. Because science. But who strokes nature's back? 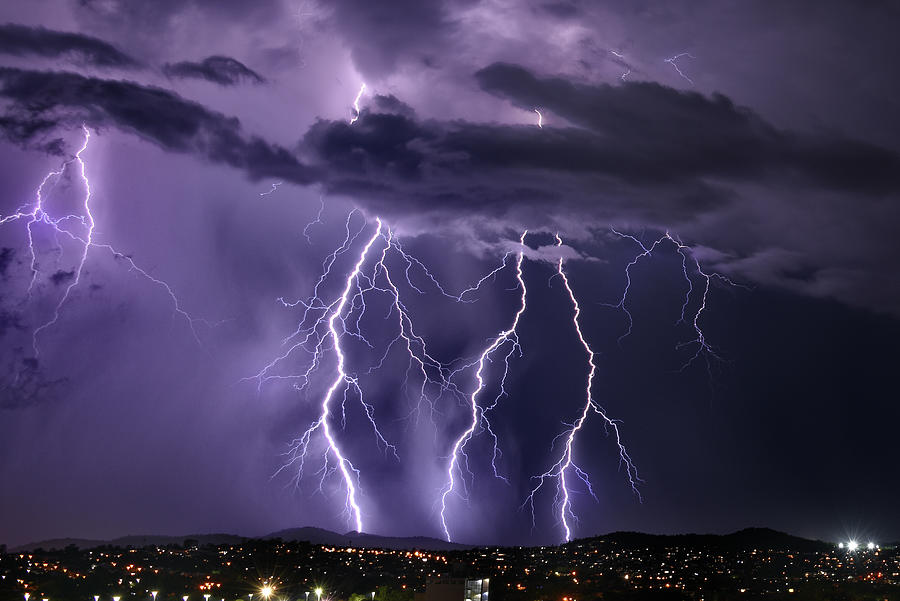 So? Show us the science.

God knows these laws, obviously. I don't need to.
0 Replies