Hawaii’s 1st District seat, which was vacated by incumbent Democratic Rep. Colleen Hanabusa, who is running for governor, has attracted six serious candidates to the Democratic primary in this reliably blue district. According to documents obtained by The Intercept, at least three of the candidates took time out from their schedules to talk to a consultant dispatched by the Healthcare Leadership Council, a lobbying group that seeks to advance the goals of the largest players in the private health care industry.

“Democrats running in a primary election will say they support ‘Medicare for All,’ but what do they say to lobbyists behind the scenes?” said Kaniela Ing, a state lawmaker vying for the 1st District seat on a democratic socialist platform, warning of Democrats who make progressive promises when campaigning, but then work hand in hand with industries when in office. “We need health care champions, not puppets.”

One of the leading candidates has campaigned on a promise to crack down on over-priced pharmaceuticals and promote single payer health care, but told the consultant dispatched by the Healthcare Leadership Council that he would maintain drug industry-friendly pricing policies and views Medicare for All with skepticism.

The Healthcare Leadership Council has closely tracked what its lobbyists have described as the “leftward movement” within the Democratic Party. In Hawaii and other states, the lobby group wanted to know if ideas popularized by Sen., Bernie Sanders, I-Vt. — such as aggressive proposals to reduce the cost of pharmaceuticals and institute a single-payer health care system modeled on Medicare — were taking hold.

The group’s focus on competitive open seats around the country — like Hawaii’s 1st Congressional District — is aimed at shaping the next generation of lawmakers’ views on health care policy.


Healthcare Leadership Council Dossiers for Hawaii's 1st Congressional District Candidates
12 pages
THE HEALTHCARE LEADERSHIP Council’s outreach in Hawaii began in January. In an email obtained by The Intercept, the group told candidates that it was in the process of forming a coalition to “jointly develop policies, plans, and programs to achieve their vision of a 21st century system that makes affordable, high-quality care accessible to all Americans” — language that obscured its national campaign to monitor and blunt the energy behind progressive health policy reforms. The email included an invitation for the candidates to take a meeting in Honolulu.

Kim, Chin, and Martin agreed to speak to the Healthcare Leadership Council, which then drew up dossiers on each candidate based on their answers to the survey questions. The dossiers, which were obtained by The Intercept and Documented, profiled each of the candidates, including their photos, biographical sketches, contact information for their campaigns, and a checklist for determining their positions on certain issues of importance to the Healthcare Leadership Council. (Kim and Martin’s campaigns did not respond to a request for comment for this story.)

In an email to The Intercept, Michael Freeman, executive vice president of the Healthcare Leadership Council, said that his organization surveys “congressional candidates every election cycle regarding their views on a wide range of healthcare issues.”

The dossiers offer the candidates’ general outlook on health care policy issues, as well as their answers on specific policy positions. Of Kim, the former state senator, the group’s profile says, “She is very pro-market, opposes any attempt at single payer, does not support price controls on pharmaceuticals and agrees that Medicaid and Medicare need to be managed by the private market.”

Chin is a “moderate Democrat that has represented healthcare providers in Med-mal lawsuits,” said the Healthcare Leadership Council’s profile. Chin, the survey noted, “supports the market concept advocated by HLC and does not think a single payer/Medicare-for-All approach would work in Hawaii.”

“Martin supports a majority of HLC’s positions,” the profile on the Honolulu City Council member says. “He does not want single payer.” But, the dossier noted, Martin needed better education on health policy.

In some cases, what the candidates told the lobbyist appeared to differ from what they told voters.

Chin indicated to the Healthcare Leadership Council that he supports its position that the “best way to achieve the lowest prices for Medicare beneficiaries in the Medicare Part D program is through the current process of private sector negotiation,” according to his dossier.

As it stands now, the Medicare law, authored under the influence of the drug lobby, prevents the agency from using its collective bargaining power to negotiate lower prices for pharmaceuticals as part a benefit program known as Part D. Progressive health care activists have agitated for the government to become directly involved in negotiations. Public Citizen, a watchdog group, claims that allowing Medicare to negotiate for lower-priced drugs could save $15 billion per year from the program’s budget.

Chin’s claim, according to the Healthcare Leadership Council documents, that he supports the industry-friendly status quo contrasts sharply with what he has said in public. In July, he told local news website Civil Beat that he supports “steps like empowering the federal government to negotiate lower prescription drug prices for Medicare beneficiaries.” (Civil Beat and The Intercept’s publisher, First Look Media, were founded by Pierre Omidyar.)

In response to a request for comment from The Intercept, Chin stuck with his public position that Medicare Part D should include negotiations with drugmakers over prices. “Doug Chin speaks with seniors across Hawai’i who are making heartbreaking sacrifices to buy the life-saving prescriptions and get the quality health care they need. That’s why he supports the merits of a single-payer system, and it’s why he will demand that Medicare use its existing authorities — and support giving it new powers – to negotiate better deals for seniors,” said Chin’s campaign manager, Dylan Beesley. “Doug was endorsed by End Citizens United because he is committed to getting the secret cash from big drug companies out of politics — for good.”

The campaign’s statement did not address a question from The Intercept about why the council lists Chin as supporting its position that Medicare should not negotiate directly with drug companies — or the discrepancy with his public stance.
1 Reply
0
Reply Sun 5 Aug, 2018 09:01 am
@Lash,
It's just crazy to have to fight both parties at the most critical juncture in our recent history. There are no outspoken progressives on a2k, except us. That's the main reason I post information but don't engage much with the ones who dein to post here, when they start to feel needled. Just as with Republicans there is no gain to be made from arguing with those who will not be moved anyway.
3 Replies
3
Reply Sun 5 Aug, 2018 10:19 am
@edgarblythe,
I'm sure you think that whatever you're doing is something meaningful, but the fact that you won't even engage with others to discuss your ideas makes your effort entirely pointless.

I don't feel needled. I believe the policy positions I hold are the right ones (and they're not much different than you except by degree) and you and others have given me very little reason to think your ideas are better. Very little.
0 Replies
-4
Reply Sun 5 Aug, 2018 02:02 pm
Quote:

Michigan: Candidate for Governor Has Substantial Connections to The Muslim Brotherhood

That is a progressive Democrat that has connections to terror. Have you people lost your minds?
https://creepingsharia.wordpress.com/2018/08/05/abdul-elsayed-muslim-brotherhood/
0 Replies
-4
Reply Mon 6 Aug, 2018 09:50 am
Quote:

A Gubernatorial Candidate’s Disturbing Ties To Linda Sarsour
Why has Abdul El-Sayed allied himself with a toxic bigot?

It's just crazy to have to fight both parties at the most critical juncture in our recent history. 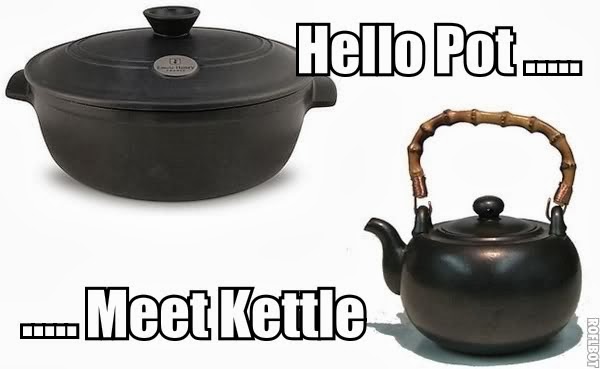 Michigan Candidate for Governor Linked to Nation of Islam

What hateful anti-American group is this guy not connected to? Progress?

Michigan gubernatorial candidate Abdul El-Sayed was recently a special guest speaker at a fund raiser for a Nation of Islam (NOI)-affiliated mosque. 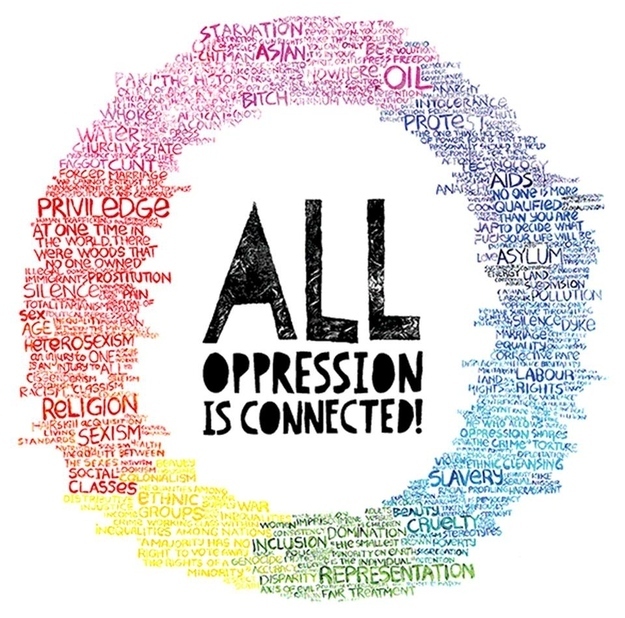 "Phony" is about all the Progressives have. Funny they would reject what they have embraced for years. Phony outrage. Phony charities. Phony people who care more about power than anything else.
0 Replies
-3
Reply Tue 7 Aug, 2018 10:26 am
Quote:

Good idea. Why aren't people shaming Antifa for what amounts to mob action? Protests are to change policies, or call out injustices, not run people out of restaurants.
https://hotair.com/archives/2018/08/07/lets-stop-saying-protesters-youre-talking-mob/
0 Replies
3
Reply Tue 7 Aug, 2018 04:20 pm
Beto has shown a weakness in Cruz's armor. Cruz just asked Trump to come campaign for him.
1 Reply
0
Reply Tue 7 Aug, 2018 05:14 pm
@revelette1,
My favorite excerpt from that article:

Swing voters don't vote for the person who is moderate enough, the person who is most timid, the person who backs down from their starting point," Ocasio-Cortez said. "The swing voter votes for authenticity."
She argued that Democrats are wrong to focus on convincing moderates and Republicans to back their candidates and should instead aim to motivate those who sat out previous elections.
The party's focus should be "not just red to blue, it's non-voter to voter," she said. "That's our swing voter."
0 Replies
1
Reply Tue 7 Aug, 2018 05:51 pm
@edgarblythe,
https://www.alternet.org/ted-cruzs-opponent-rakes-donations-after-attack-ad-backfires

The Texas Senate race is shaping up to be a much more interesting battle than anyone could have predicted. Between Democratic El Paso Rep. Beto O'Rourke's prodigious grassroots fundraising and his relentless personal tours of all 254 counties in the Lone Star State, he has turned the race against infamous Texas Sen. Ted Cruz competitive, with a recent Texas Lyceum poll showing the race within 2 percentage points

Cruz responded to news of the tight race with three separate ads attacking O'Rourke on Friday. One spot tells viewers that O'Rourke is "more extreme than he wants you to know," and that his immigration proposals are to the left of House Minority Leader Nancy Pelosi and independent Sen. Bernie Sanders. Another falsely claims that O'Rourke said "we should consider legalizing all narcotics, including heroin."

But the result of Cruz's negative ad blitz is likely not what he was hoping for. Over the weekend after the ads were released, O'Rourke raised an astonishing $1.2 million from 39,000 grassroots contributions.

word on the ground gets out and people show up

it's kind of neat to make a small ripple on the national news with my tweets
0 Replies
1
Reply Wed 8 Aug, 2018 02:39 pm
Michael Moore
Just now ·
It appears that Republican voter suppression in Michigan's 1st Congressional District has failed in an historic way! By using a technicality, the Republicans on the election commission kicked the lone Democratic candidate off the ballot. So thousands of us mobilized and not only set a RECORD turnout for a midterm election, we got over 30,000 write-in votes for our Democratic candidate, Matt Morgan! This has never happened before! LONG lines of voters—so many voters that, even though Trump had won this district with 56% of the vote. Dem voters yesterday outnumbered Republicans in this area 2 to 1! And here’s one more indication of how we may win in Nov: In Marquette Co., our write-in Dem candidate got MORE votes as a write-in than the incumbent Republican candidate got with his name on the ballot! Let’s everyone up here in northern Michigan sign up to help the Matt Morgan campaign and toss our Trump-Lovin’ congressman out of office! Matt Morgan stands for Medicare for All.
0 Replies