Forums: Politics, Democrats, Progressives, Corporatism, Socialist Democracy
Email this Topic • Print this Page
3
Reply Sat 22 Aug, 2020 12:17 pm
@coldjoint,
You are apparently ignorant of the fact thast the conomy has tanked, unemployment has surged, minority unemployment has surged. the trump economy has withered. where the **** have you been since march? and 173000 people have died from trump's incompetence and unwilliingness todo what needed to be done.
1 Reply
-2
Reply Sat 22 Aug, 2020 12:25 pm
@MontereyJack,
Quote:

Any person with a brain knows that happened because of Covid 19. Something Trump or his policies did not cause Anything else?
1 Reply
-3
Reply Sat 22 Aug, 2020 12:27 pm

0 Replies
3
Reply Sat 22 Aug, 2020 12:35 pm
@eurocelticyankee,
ecy, one should review radical right wing logic when they make comment like this. Covid deaths rank highest probability amongst the oldest population; and well, uhhhh - they are the retired and take from the ecomony/national wealth without returning and kinda, you know, deserve to be dead --------- really.

Then, the next highest is blacks and Mexicans - uhhhhh, enough said!

Then, the next highest is blacks and Mexicans -

Nonsense. What are their ages? Let's see some proof or are you trying to say Covid 19 is racist? Too funny. 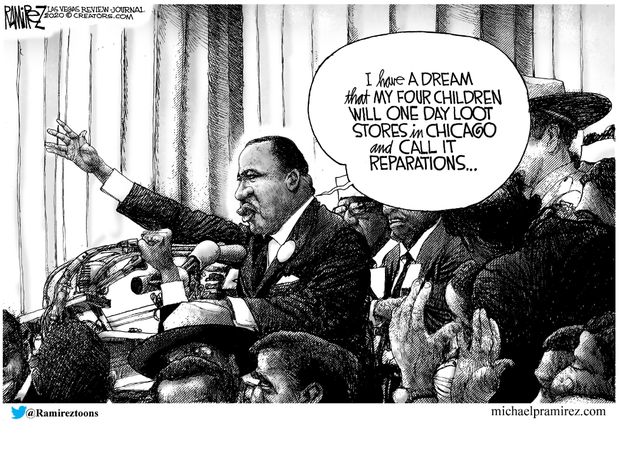 Sounds like a Latino name to me. Aren't they exempt from racism like Black people?
1 Reply
3
Reply Sat 22 Aug, 2020 02:07 pm
@coldjoint,
no more than you think you are.
0 Replies
1
Reply Sat 22 Aug, 2020 08:30 pm
Progressivism is a political philosophy in support of social reform. Based on the idea of progress in which advancements in science, technology, economic development and social organization are vital to the improvement of the human condition, progressivism became highly significant during the Age of Enlightenment in Europe, out of the belief that Europe was demonstrating that societies could progress in civility from uncivilized conditions to civilization through strengthening the basis of empirical knowledge as the foundation of society. Figures of the Enlightenment believed that progress had universal application to all societies and that these ideas would spread across the world from Europe.

The contemporary common political conception of progressivism emerged from the vast social changes brought about by industrialization in the Western world in the late-19th century. Progressives take the view that progress is being stifled by vast economic inequality between the rich and the poor; minimally regulated laissez-faire capitalism with monopolistic corporations; and the intense and often violent conflict between capitalists and workers, arguing that measures were needed to address these problems.
.......................

Liberalism is a political and moral philosophy based on liberty, consent of the governed and equality before the law. Liberals espouse a wide array of views depending on their understanding of these principles, but they generally support free markets, free trade, limited government, individual rights (including civil rights and human rights), capitalism, democracy, secularism, gender equality, racial equality, internationalism, freedom of speech, freedom of the press and freedom of religion.
0 Replies
1
Reply Sun 23 Aug, 2020 11:59 am
Why would anyone pay attention to a paid communist provecutor like CJ.
0 Replies
3
Reply Sun 12 Jun, 2022 06:22 am
A new report challenges news outlets to provide richer, more urgent coverage of the rise of authoritarian movements in the United States and abroad.

A new 28-page report by Protect Democracy, a nonpartisan, nonprofit group, proposes guidelines for news outlets to help them distinguish between “normal political jockeying” and truly dangerous conduct. Its primary author was Jennifer Dresden, a former scholar at Georgetown University who has studied democracy around the world.