The role of vigilante justice in political or social movements.

Forums: History, Politics
Email this Topic • Print this Page
Reply Tue 16 Jan, 2018 07:30 pm
This came up in a political thread, but I am interested in the topic from a historical context.

Are there any political or social movements in our history that have relied on vigilantism? There have been periods of vigilantism (anti-immigrant episodes, Joseph McCarthy)... but I can't think of any of them that are now considered to have had a positive lasting impact. 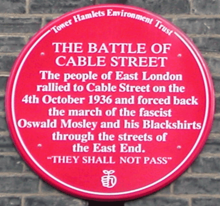 Far right vigilantes showed up and showered the campus with a deluge of death threats. This forced officials to shut down the campus freak show.

I don't know if these far right vigilantes will have a lasting impact, but their impact certainly was positive. We need more of this sort of thing in America.

The PBS NewsHour did a piece on it a week or so ago: