If you ever feel stupid...

1 Reply
4
Reply Thu 23 Nov, 2017 02:51 pm
Those captioned pictures are maybe the dumbest things on the internet, and the people who propagate them are the dumbest there are. Way dumber than the people you are trolling about.

I voted for H. Clinton. Are you calling me stupid?

I don't think Gunga actually gives a damn about the things he posts,, it's just to get a response.

Hi Gunga,
I voted for H. Clinton. Are you calling me stupid? Look around at the state of things now and tell me that Clinton wouldn't have been a better choice.


So did I, but my heart was pure. I considered her alleged mental and physical health issues and basically voted for the 25th amendment. I figured old whatisname was the best possible alternative.
0 Replies
4
Reply Fri 24 Nov, 2017 09:36 am
@gungasnake,
TALKABOUT STUPID,

The peace and safety of the world (Putin had told his military that if Hildabeast won the election, they were basically at war) while Justin Raimondo at antiwar dot com had endorsed Trump due to Trump's long-time adversity to frivolous use of the US military.

The collapse of the Wall St./London banking and monetary system. Donald Trump was the only person in the picture with both the guts and the resources to take on the bankers. Bankers in fact fear DT enough to have had 54 private jets parked at an offshore resort for a stop-Trump-at-any-cost meeting:
https://www.google.com/search?client=opera&q=54+private+jets+georgia+resort+trump&sourceid=opera&ie=UTF-8&oe=UTF-8

Immigration (Hilda, George, and Bork Obunga want a total end to borders and mass importation of what they view as democrat voting blocks, the cost to the nation be damned).

All of those issues (other issues in the election are relatively minor) strongly mitigated in favor of Donald Trump and against the Hildabeast.

Americans are used to gangsterism and racism; what NOBODY is used to or has ever seen before is nuclear or thermonuclear war and hydrogen bombs going off, that would be a new experience for everybody. Hilda had stated that her first priority on taking office would be to kill Bashir Al Assad and that would have started WW-III.

The ONLY rational reason there was for voting for the Hildeabeast would have been that you are worried about dying of cancer, old age or some other mundane cause, and wasnted to go out in a blaze of glory in some sort of a nuclear holocaust in which the whole human race goes out at the same time.

We had a God-given shot at electing a president who would put Wall St. into an absolute zero-leverage situation and we took it; had we blown that chance and particularly if we had blown it for any sort of an asinine reason, it would not recur in the lifetime of anybody alive today.


But the main question is all the asshole snowflakes crying because they've just been saved from a nuclear war and holocaust. That is just ******* hard for rational/normal people to understand...


1 Reply
3
Reply Thu 30 Nov, 2017 10:38 am
@gungasnake,
Looks like the Soviet Bullshit is starting early, Komrad gunga came back from Moscow with a new load- a -tripe.
0 Replies
-2
Reply Thu 30 Nov, 2017 05:54 pm
Russiagate, the claim of evil Russians ****ing the poor Hildabeast (HDK/Hildabeast Dindu KKKlintler) out of the white house, has been totally debunked, it being shown to be physically impossible for anybody to have taken the amount of data in the amount of time in question over the internet.

Nonetheless, the story we now see about HDK and Bork Obunga taking bribes to allow Russian control of a major share of US uranium production certainly seems to be real enough.

Also seemingly real are the claims of Russian spetznaz groups rounding up democrats in democrat-controlled US cities for some sort of a scientific study of primitive people at the University of Moscow. As one of those spetznaz officers explained to me, the thing is similar to the "Naked and Afraid" show which has been seen on television. They're putting the democrats in some sort of a rock quarry with bananas to eat and water to drink and just their hands to see if they're capable of fashioning stone tools on their own. 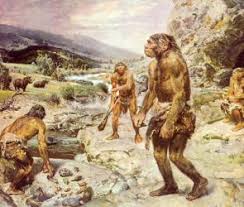