"The lush green planet that we call home may have actually looked purple in its earliest days, according to the "Purple Earth hypothesis."

No, this doesn't mean there were purple trees or purple grass or purple animals. It would have been before any multicellular organisms even evolved, when single-cell microorganisms dominated the planet and possibly created a purple hue that could be seen from space.

These purple organisms may have reigned supreme and existed in varying concentrations across the planet, said Shiladitya DasSarma, a microbiologist and professor at the University of Maryland. DasSarma has studied one of these microorganisms and created the Purple Earth hypothesis."

"and possibly created a purple hue that could be seen from space."

In other words, our very sky could have been purple according to these studies.

You would think somebody would notice something like that... 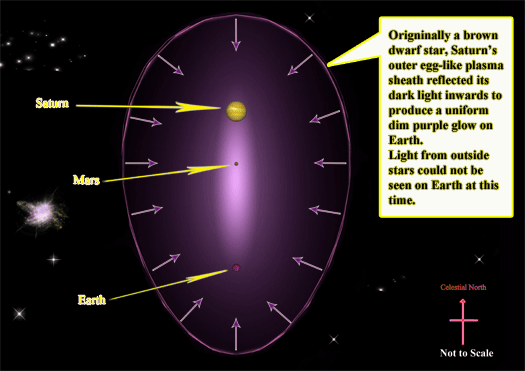 But it is entertaining sometimes.

Actually, after a few years, it just gets boring.
2 Replies
2
Reply Fri 11 Aug, 2017 09:42 pm
@Setanta,
0 Replies
1
Reply Sat 12 Aug, 2017 02:38 am
Ha! Great post, darlin'. . .
0 Replies
-3
Reply Sat 12 Aug, 2017 04:09 am
The old creatures of the earth (hominids, dinosaurs, lemurs, tarsiers, owls etc.) all had the same huge dark world/purple Dawn adapted eyes. Humans and Dolphins with the smallest relative eye sizes of advanced creatures, could not reasonably be assumed to have arisen in this deep purple/darkish environment which was the original environment of this planet. The bright northern part of the ancient system (sun, Jupiter, Mercury) contained at least one place (Ganymede) which would have been an ideal home world for humans under those kinds of circumstances. 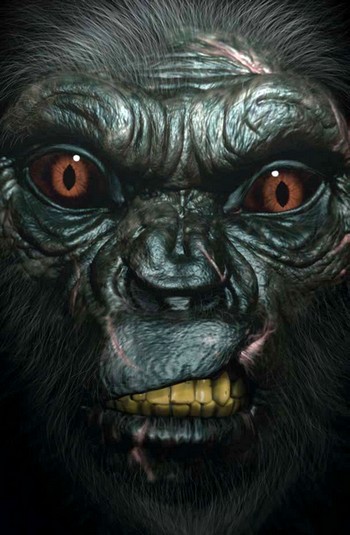 It IS entertaining, though. It reads like a backstory for the science-fiction script of cheaply produced straight to video monster movie. Like a Roger Corman or Ed Woods film.
0 Replies
0
Reply Sat 12 Aug, 2017 08:53 am
@gungasnake,
Reconstruction. Did they have some eye fossils to go by?
1 Reply
2
Reply Sat 12 Aug, 2017 10:08 am
@emmett grogan,
It comes to my attention that your current incarnation is, in fact, a false flag operation--that you've been here before, but that you're just not being honest about it. Have a nice day.
1 Reply
1
Reply Sat 12 Aug, 2017 10:15 am
@Setanta,
Do you mean my name? I'm not the real Emmett Grogan, if that's what you mean.

Reconstruction. Did they have some eye fossils to go by?

Yes, Neanderthal and other hominid eye sockets are much larger than ours.