Thought you'd be aware of that already.

I am, but it does not make me less tired of it.
0 Replies
Below viewing threshold (view)
-7
Reply Fri 22 May, 2020 08:37 pm
I am going to try again. Where is that racist comment? Talking to you Bob. Projecting Biden's racism on me did not work because I said nothing racist. Now what?

An apology would be nice.

Another racist? No, just someone saying Biden is. Slaves were property if I remember right.
Twitter warning!

I’ve been black all my life.

But I’ve never been anyone’s property, especially not @JoeBiden.

You’re not entitled to black support, Joe. You haven’t even earned it.

The source is OAN, need I say more.

Yes, you do. What did they say that was false?

It's all crazy pants conspiracy

An example please. I do not say or advocate hateful things. I'll wait.

What is depressing is people insist the law means nothing if it does not favor their ideology. Three years of lies. Proven illegal spying by a president and people are stupid enough to defend it and then say they care about the Constitution .

Hypocrites, liars, and haters. Haters of our laws, Therefore hateful of our way of life. That is depressing.

Don't forget to post an example of my hate mongering.

Police in Michigan have arrested an armed 70-year-old man who allegedly plotted to steal a US Coast Guard helicopter and rescue hospitalised coronavirus patients.

Jesse T McFadden, from Omer, Michigan, was charged with four felonies following the series of events that started around 8am on Sunday morning.

McFadden told dispatchers that he would shoot-up a police station and head to a hospital in Standish, Michigan, so he could shoot out the power and demand keys to ambulances.

He “wanted to disrupt the power to the hospital, unlock the doors, and release patients under COVID-19 quarantine”, read a court document on the case.

Police alleged that the 70-year-old also planned to steal a helicopter or boat from the US Coast Guard Station Saginaw River at Essexville.

McFadden arrived later at the coast guard station at 10.37am, and could be seen in surveillance cameras stationed outside the security gate.

“He was trying to punch in the code and then he had called them and made threats he was going to ram the gate,” said Lt Wedding.

Arenac County Central Dispatch warned police about Mr McFadden’s motives, with concerns that he was an ex-Michigan Militia member armed with guns.

Mr McFadden departed the coast guard station, before Michigan state police noticed his vehicle parked at an Essexville gas station at around 11.15am.

Lt Wedding said the driver’s side door was open and the engine was still running, when state police arrived at the scene alongside Bay County Sheriff’s deputies and local public safety officers.

Mr McFadden, who was confronted when he walked out of the gas station store, was then tasered, arrested and taken into custody. 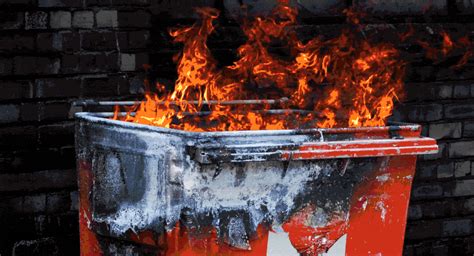 
What is depressing is people insist the law means nothing if it does not favor their ideology. Three years of lies

Dont worry, I believe we can easily vote him out this Nove. Then all the dily lies and miscastings will be just a bad memory.

Saying Democrats pander to Black people is the truth. If you find the truth disgusting you need to look at yourself.


I think that statement is false, not despicable. What I found despicable was you accusing bobsol of pandering because he agreed with Snood.

Moreover, blacks in America favor the democrat party, in fact, most of their number are democrats politicians themselves and have black committees with agendas to find ways to improve the overall economic and civil rights of blacks in our society in government positions. You act as though blacks have no power at all in government and are just waiting for someone to offer them a better deal.

I agree the Biden remark was just stupid and I don't think he meant it as it came out and now he is just digging in deeper; giving more grist for the meal. He should just apologize and admit it was a dumb thing to say and try to explain the context of his remarks. At least attempt it and then move on. Perhaps consult with Obama on how he should respond so he can get it right without tying himself in knots over it.

It's kind of the same with other minorities, minorities have more power in democrat party because of the ideological differences. For the most part republicans think government is not in the business of interfering in social matters, that we should just let capitalism play it's part in deciding these things. Well, that would be all well an good if there was an even playing field and if there wasn't a such thing as racisms playing part in our lives and livelihood. Democrats believe government can play part in equalizing the playing field. (so to speak) So of course minorities are going to want to be and vote for the Democratic Party more than the Republican Party. Pandering is a false narrative.

The phrase "Pearls before swine" is coming to my mind. Not that my words are pearls of wisdom (anything but) nor that you are a swine. It is just that I don't want to get sucked down into a useless back forth, so this is all I am going to say to you and leave it at that.
1 Reply
3
Reply Sat 23 May, 2020 05:32 am
Jeff Sessions
@jeffsessions
·
8h
[email protected]
Look, I know your anger, but recusal was required by law. I did my duty & you're damn fortunate I did. It protected the rule of law & resulted in your exoneration. Your personal feelings don't dictate who Alabama picks as their senator, the people of Alabama do.
Quote Tweet

Donald J. Trump
@realDonaldTrump
· 12h
3 years ago, after Jeff Sessions recused himself, the Fraudulent Mueller Scam began. Alabama, do not trust Jeff Sessions. He let our Country down. That’s why I endorsed Coach Tommy Tuberville (@TTuberville), the true supporter of our #MAGA agenda! https://secure.winred.com/tommytuberville/donate
0 Replies
2
Reply Sat 23 May, 2020 05:35 am
@glitterbag,
Quote:

And not a brain between them.

To quote Donnie Fat Cheeks: Sad!
2 Replies
6
Reply Sat 23 May, 2020 05:36 am
@revelette1,
Republicans pander to evangelicals, the energy corporations, and the gun lobby. I wonder if that "disgusts" any Republicans we know?

To disparage your president this way, is rather sad.

It's your God-given right, under US law, but still sad.

One America News Network filed the federal defamation suit in San Diego. The suit named Maddow, Comcast, MSNBC and NBCUniversal Media
Published May 22, 2020 • Updated on May 22, 2020 at 9:17 pm


A federal judge on Friday dismissed with prejudice a lawsuit filed by One America News Network's owners that accused Rachel Maddow and MSNBC of defamation.

The conservative television network sued Maddow for more than $10 million in September for calling it "paid Russian propaganda."

Friday's ruling stated, in part: "[The] Court finds that the contested statement is an opinion that cannot serve as the basis for a defamation claim. Plaintiff has not shown a probability of succeeding on its defamation claims, thus, the Court GRANTS Defendants’ Special Motion to Strike…. Because there is no set of facts that could support a claim for defamation based on Maddow’s statement, the complaint is dismissed with prejudice. After Defendants’ motion for attorney’s fees is resolved, the Court will instruct the Clerk to close this case."
1 Reply
3
Reply Sat 23 May, 2020 06:13 am
Tie me Kangaroo down Bruce.

You obviously don't get the lingo.

Oh, and go put another shrimp up your butt.

Its sad to slam a corrupt prick of a President but OK to slam another good President. I wonder why that it. What might be the basic difference between the two? Besides the basic good human being that Barrack Hussein Obama is. Wonder what the simple knee jerk reason you and that unspeakable twit you pal with hate so much about President Barrack Hussein Obama is???
1 Reply
3
Reply Sat 23 May, 2020 06:24 am
Obama gets higher approval ratings than trump. And we did in fact vote for him. Twice. We did not vote for trump even once. The founding fathers' folly forced him on us and he still disgusts us, even more than he did in 2016. He is our titular president only nott our prez in our hearts or minds, and he deserves our disgust. Which is why he trails in the polls and hopefully in november if we can overcome putin's interference, which trump condones since he doesn't care what illegality goes on as long as he wins.
0 Replies