The Great Fire Of London started 400 years ago today.

Forums: History, England, London, Fire, Stamps
Email this Topic • Print this Page
Reply Fri 2 Sep, 2016 02:51 am
And we'll be celebrating with a set of stamps. 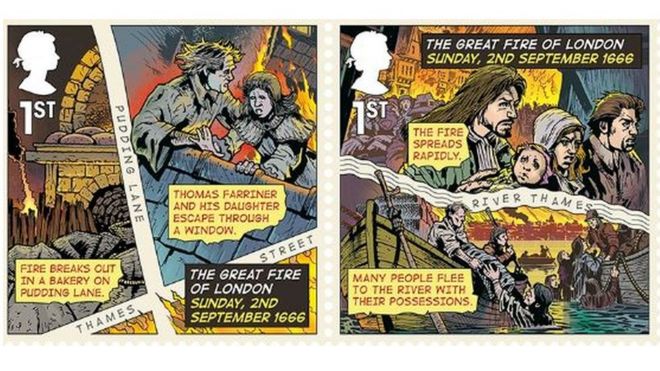 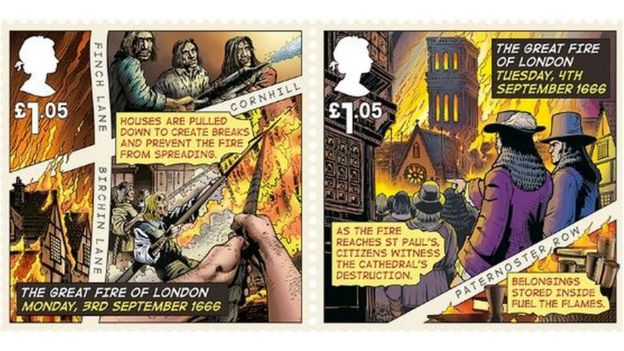 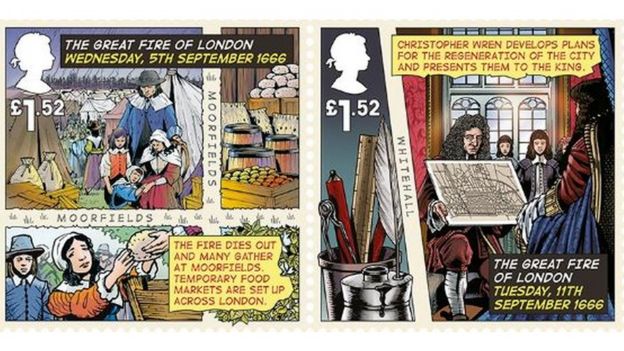 The 350th anniversary of the Great Fire of London is being commemorated with a set of six new stamps.

The stamps are designed by comic book artist John Higgins, who has used a graphic novel style of illustration.

They feature scenes from the start, spread and aftermath of the Great Fire, using a street map design.

Higgins has contributed to titles such as Judge Dredd and 2000 AD.
Philip Parker, from Royal Mail, said: "Despite the terrible devastation caused by the Great Fire, it provided the opportunity for the regeneration of large swathes of the city and shaped the London we know today.

"It was the catalyst of the building of iconic landmarks such as St Paul's Cathedral and dozens of parish churches.

"It is fitting that we mark the anniversary of the fire with an innovative set of stamps that re-imagine the events."

2 Replies
1
Reply Fri 2 Sep, 2016 03:56 am
@MontereyJack,
Cheerful looking bunch, aren't they. At least the adults are having a great time.
0 Replies
2
Reply Fri 2 Sep, 2016 04:00 am
@MontereyJack,
the look on the kid with the blue sweat shirt has that "what the **** is it with you people"?
You dont hear any goodHiroshima or Glen Canyon fire songs do ya? Theres probably a reason

You dont hear any goodHiroshima or Glen Canyon fire songs do ya?

Btw, Ultravox and OMD are as much a jazz combo as they are a garage band.
2 Replies
3
Reply Fri 2 Sep, 2016 01:24 pm
@izzythepush,
so? you listren to garage band crap , I lkie some of Phil Collins.
Theres good music and theres bad music, thats all. Not all an artists music is "always good or always bad"

Youre just easily impressed by techno ****.

ACtually my fav music is hard bop jazz andsome progressive. That pos you offered with the "Enola Gay" title was rely a stinkeroo.

SOme of the college stations play **** like that to make it appear that they are really in touch with something. One night my nephew called me re the PRinceton station was plying a something "really neat" by WAlter Piston. I said that he too was easily impressed with a single harmonic played for several minutes.

Ultravox and OMD are as much a jazz combo as they are a garage band.

You dont hear any goodHiroshima or Glen Canyon fire songs do ya? Theres probably a reason