Forums: Sports, Legal, Soccer, Discrimination, Equal Pay
Email this Topic • Print this Page
0
Reply Mon 18 Mar, 2019 11:32 am
@maxdancona,
You are disregarding evidence because you want to disregard evidence. I looked up the ticket prices for the next USWNT and the next USMNT events. They are similar and the women draw bigger crowds (unless the men are playing Mexico or Brazil, then people come out to cheer against the home team.)
1 Reply
0
Reply Mon 18 Mar, 2019 11:37 am
@maxdancona,
Absolutely! Models, actors, etc. There is no argument that I could see that says that women work harder, longer or under different conditions.
1 Reply
0
Reply Mon 18 Mar, 2019 12:05 pm
@engineer,
Economic viability is based on revenue over the long term. The USSF argument against the lawsuit seems to be focused on a four year cycle (reasonable when the main event happens every 4 years).

Yes, you are correct about ticket prices of these minor games.

Absolutely! Models, actors, etc. There is no argument that I could see that says that women work harder, longer or under different conditions.


I think that you are making the argument that even in spite of market reality you think men and women should be paid equally. There is no question that women models have much more economic utility.... having women as fashion models does much more to market important brands than male models. There is a good reason that the market values women in modelling far more than men.

It seems like you are arguing for a principle of gender equality even if economic reality doesn't support it. I am OK with that (although I think it is unrealistic), but we should just state it clearly.

1 Reply
0
Reply Mon 18 Mar, 2019 01:21 pm
@maxdancona,
I think the idea that the market is completely fair is wrong and that there are things (like discrimination) that distort the market. People around here expect immigrant workers to accept less pay, car dealers offer less favorable prices and loan terms to people of color, etc. Monopolies distort the market, especially if that monopoly controls all the employment. Wages are higher in cities where companies have to compete for labor than they are in smaller communities that have just one large employer. That rich kid with good connections will likely land a higher paying job than the average kid trying to make his way. The last two are completely legal, but the law says that if two people do the same job, you cannot discriminate on the basis of race or gender. I cannot put all the black people on the line making Chevy Sparks and all the white people on the line make Cadillacs and say I make more profit on the Cadillacs, so I can pay them more. If there is far more work for women as models than men as models, then there should be more women models, but they shouldn't be paid more for the exact same work. You can pay someone more based on performance, experience, skill set, etc, but not race or gender. That is my clear statement.
2 Replies
0
Reply Mon 18 Mar, 2019 01:45 pm
@engineer,
1) I don't think the way you are using the word "fair" is reasonable. The market value is based on demand. If the market prefers seeing women modelling clothing to men modelling clothing there will be more demand and the price that women can demand is significantly higher.

If you are using the word to fair to mean "equal demand" it doesn't make much sense. How do you enforce equal demand in a free market?

2) I agree with you about distortions in the market. I believe that government has a role in stepping in where prejudice distorts the market.

3) I see a big difference between supermodels (where consumers legitimately value women more than men and the gender absolutely effects how the product is experienced) and car builders (where the gender doesn't matter). I think athletes are more like supermodels then car builders.

4) The law allows for exceptions to equal pay for equal work. You keep ignoring them.

1 Reply
0
Reply Mon 18 Mar, 2019 01:58 pm
@maxdancona,
Then expound on those exceptions and how they relate to the USWNT. If you concede the USWNT and the USMNT are doing equal work (and I'm not asking you to), how would those exceptions permit differences in salary, medical care, facilities, etc?
1 Reply
0
Reply Mon 18 Mar, 2019 03:05 pm
@engineer,
Understanding that neither of us are lawyers... I assume that you can find and read the legal analysis as well as I can.

I do concede that the men and women are doing equal work. They are playing in different leagues, playing against different competitors with different levels of physical abilities... but they are doing the same activities and expending the same effort. However, from what I have read the real argument will be over the long term potential to generate revenue (which includes differing levels of payment from FIFA).

In the supermodel case, I believe market value is the only rationale for paying women more. Under the law, this is enough.

If there is far more work for women as models than men as models, then there should be more women models, but they shouldn't be paid more for the exact same work. You can pay someone more based on performance, experience, skill set, etc, but not race or gender. That is my clear statement.

This isn't the way the real world works.

The top female models bring an incredible economic benefit to their employers. They have every right to demand as much money as they can get. If a supermodel isn't paid her market value by her current sponsor, she has every right to go to that other sponsor who will.

Sponsors pay the top female supermodels because they are worth the price. The companies receive more value than they are paying out (even at the tens of millions they spend). There is not sponsor in the world who will pay that much for a male model (I think the top male is paid just $1.5 million).

The economic realities mean that women will make significantly more than man in the modelling industry. Unless you come up with some scheme to take money from women and give it to men, I don't see any way to change this.

I am really curious on your opinion about pay equity for male fashion models.

Should male fashion models be allowed to sue for equal pay?

Under the EPA, it’s okay for an employer to pay a member of one sex more than a member of the other who does basically the same job if the difference is because of:

a seniority system
a merit system
a productivity system, or
any factor other than sex.

And on the examples of "factor other than sex" they posted...

Factors other than sex can also be responsible for legal wage disparities between the sexes. But such factors must be related to the job, beneficial to the employer’s business, and applied equally to male and female employees. Factors that can justify higher pay include:

additional education or training
more experience in the industry
willingness to work evenings or weekends
greater revenue generated by the employee, and
greater employee bargaining power.

For example, a school could pay its teachers with master’s degrees in education more than those without, or a hospital could choose to pay more to nurses who work night shifts. An employer could also give a raise to a worker who had received an attractive job offer from a competitor.

I think where the USSF will make it's case is on the last one - greater employee bargaining power. This makes the case that the players have other playing opportunities and can just not work for the USSF. I can see that. I can also see the women saying the USSF is the sole access to the national team for US players and there is no alternative for either men or women. (Dual nationality players have options and Mexico has recruited some of the top US prospects because the men's national team treats them like crap.)
0 Replies
0
Reply Mon 18 Mar, 2019 06:51 pm
@maxdancona,
I really don't want to derail my soccer thread with modeling, but continuing the economic discussion, only a few women bring that extra zing of social following to brands. For them, I get the premium because you are buying access to their "brand". When you call an agency for the ad circular going into the Sunday newspaper and they send over several models for a shoot, you are not getting people who "bring an incredible economic benefit", you are getting professionals who know how to work a photo shoot and look good for the camera. I can't see why women who do this would be worth more than men doing the same thing.
1 Reply
0
Reply Tue 19 Mar, 2019 02:43 am
@engineer,
I am asking valid questions about the principle versus the politics. The discussion about supermodels is relevant to the thread. The principle should apply even in industries where women are paid far more than men.

I am asking valid questions about the principle versus the politics. The discussion about supermodels is relevant to the thread. The principle should apply even in industries where women are paid far more than men.


I agree (as stated above), the principle should apply. Sounds like a great topic for a new thread.
0 Replies
1
Reply Thu 21 Mar, 2019 12:40 pm
This issue shouldn't revolve around hypocritical libertarian fetish economics.

I'll drop these charts here for... poohs and giggles. 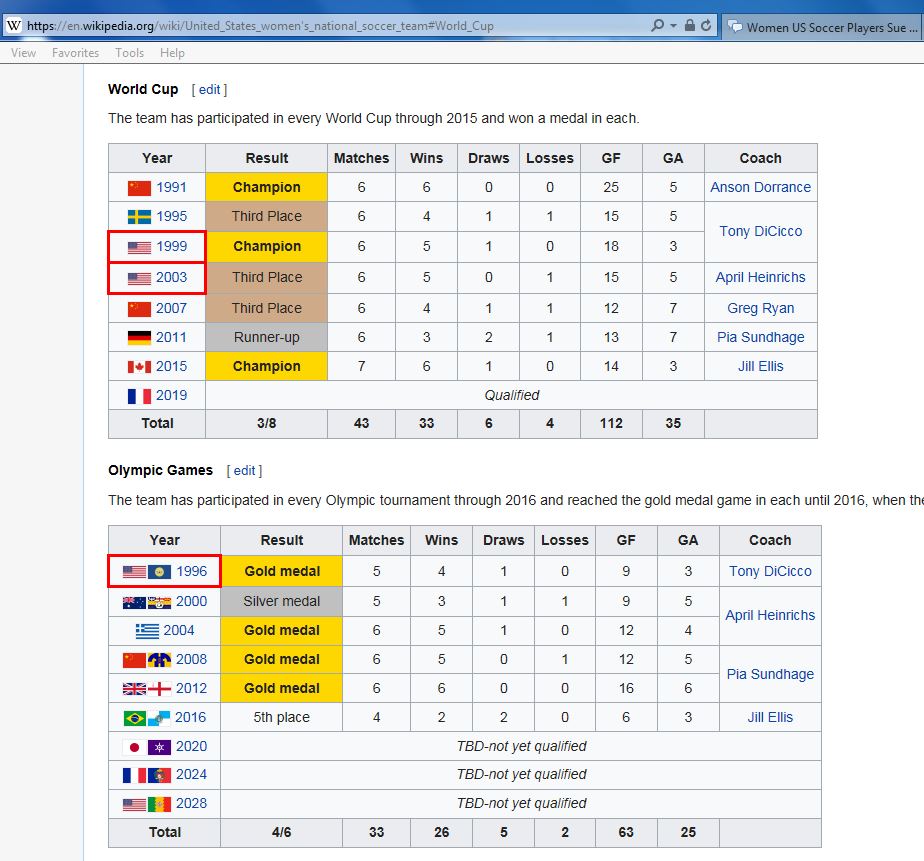 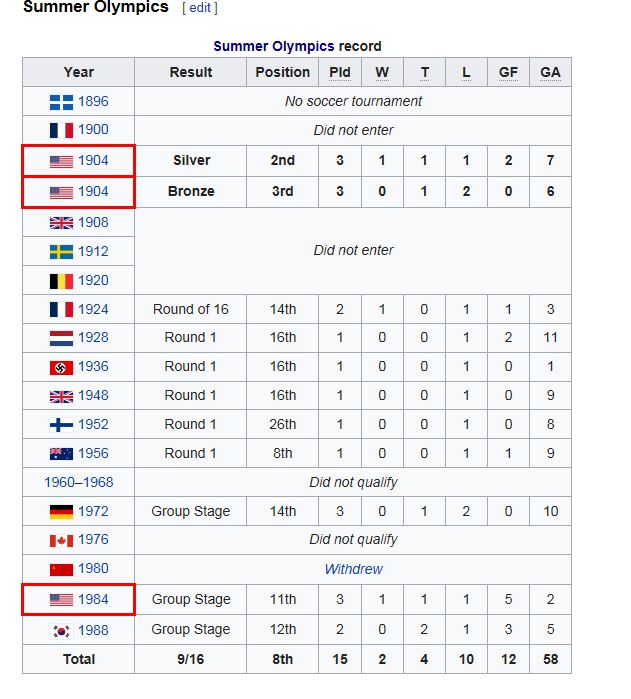 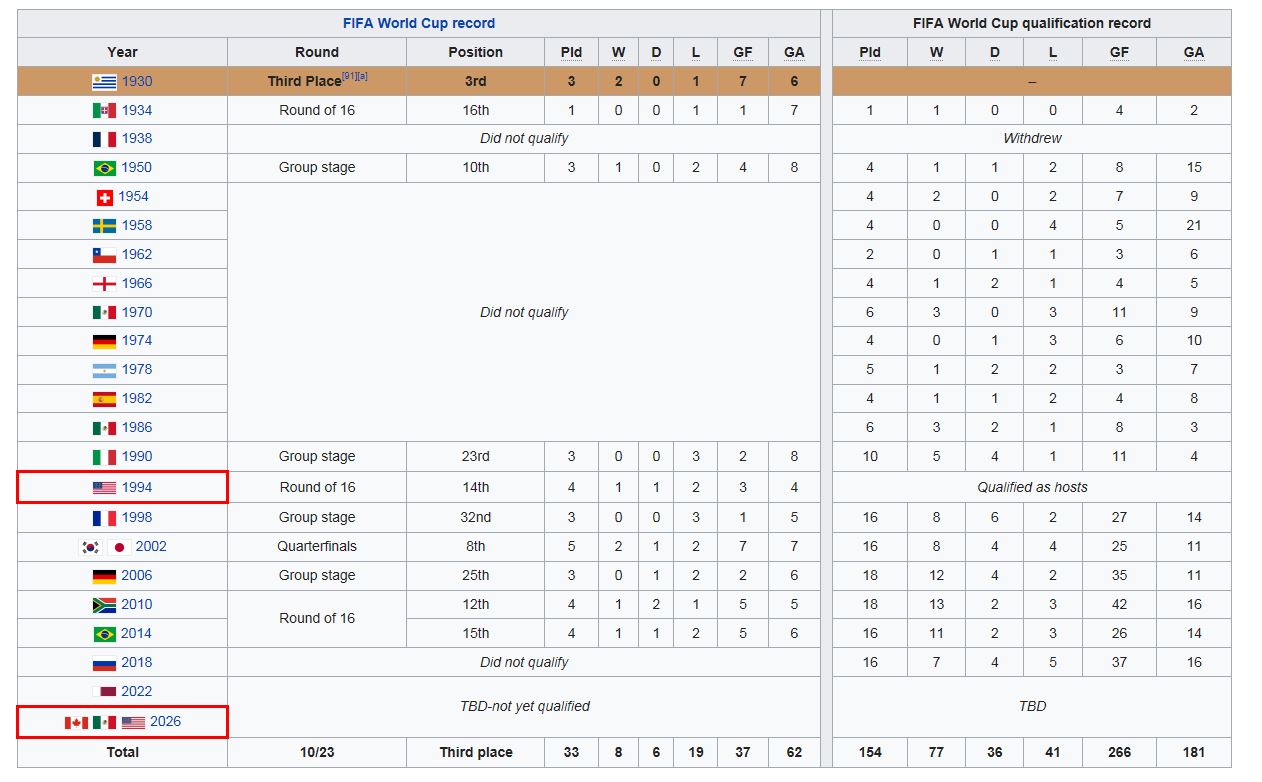 Try and figure out which set of charts belong to the US Men's and the US Women's Soccer teams.
1 Reply
1
Reply Thu 21 Mar, 2019 03:37 pm
@engineer,
Here in Australia, what happens is, whenever we get a very good male soccer player, overseas clubs offer them wages 20 times what we pay and of course, off they go! So i would guess the American clubs are paying the male players that much to ward off overseas poaching?
So its about player retention, not sex, so the lawsuit is F---ing stupid.
0 Replies
0
Reply Fri 22 Mar, 2019 08:29 am
@tsarstepan,
This is a silly argument. The money paid to professional athletes doesn't come from medals. It isn't winning the pays the bills. Professional sports (including FIFA) makes money by selling tickets and TV rights. The don't give athletes money because they are proud of them.... they give athletes money because the athletes have a market value and are making money for them.

When it comes to making money, the men are in a different league than the women.

Money doesn't come out of the air, and no matter how good you are at a sport that people don't want to pay to watch... it doesn't matter. How much do you think a professional at curling makes?

The money paid to professional athletes doesn't come from medals.

When it comes to soccer? It actually does because it indirectly effects the respective teams attendance records throughout the year. Medal wins mean greater public acknowledgement for their respective teams. The men's team is a laughing stock (at best).

And I bet one can easily check that the women's teams also get higher attendances per game in the US than the men.

You're so cute in terms of trying to legitimize this artificial gender wage discrepancy.

How much do you think a professional at curling makes?

That's a stupid and irrelevant question as there really aren't any notable professional curling leagues in the United States. And we are talking about the US here. There's a major difference between how sporting leagues are run between the US and Canada. So? Nice try in trying to murky up the obvious....

The economic term "artificial" means prices that are set based on something other than market value. Male soccer players have significantly more market value than women based on the amount people are willing to pay to see men's soccer on the open market.