Forums: History, Germany, Britain, Cold War, Hitler
Email this Topic • Print this Page
Reply Wed 16 Dec, 2015 08:03 am
I want to look into these questions for my final, but with different or more in depth details than gone over in my class. Could anyone help me out? Or direct me to a site that had the information I need? These are the questions that I need to answer.
1. Explain the incremental steps that Hitler pursued up to and including the invasion of Poland.

2. The British and the Americans agreed to a Europe first policy, but each had a different strategy as to implement it. Discuss peripheral vs. direct strategy and which country would benefit. Also, what were the implications for the strategy eventually used? Discuss briefly the military operations involved.

3. Following World War II, the United States was thrust into a major superpower. Explain the new balance of power system that existed at the beginning of the Cold War. How did that relationship affect America’s foreign policy? Offer three specific examples of this activist diplomacy.

Lot of books and other materials that would cover those essay questions so I suggest you begin doing google searchs for them.

0 Replies
1
Reply Wed 16 Dec, 2015 09:13 am
@Tnelson,
Hitler used the ever popular. Geschmutzen Erstenschtock mit Durchgangswagen ploy . This is rather complicated to explain in English you will have to Google it for a translation
0 Replies
5
Reply Wed 16 Dec, 2015 01:34 pm
Yeah, homework sucks. The United States did not agree to a "Europe first," policy--that was a delusion of Churchill, which FDR was happy to encourage. THE major problem with assignments of this type is the assumption of historical "truths" on the part of the instructor. So what you have there are a series of leading or loaded questions.

The only way to deal with that, is to provide the instructor with the answers he or she expects to get. In order to do that, you need to take notes, pay attention in class and study carefully on a regular basis. Leaving it until the last minute and then expecting a set of complete strangers online to bail you out is the primrose path to hell.
1 Reply
1
Reply Fri 18 Dec, 2015 10:08 am
@Setanta,
I love your response, feed the teacher what he/she wants. Agenda based education is so much fun. I agree that attending class and taking copious notes is critical to spewing back the trash educators sometimes require to pass a class. I didn't start to learn real American History until I spent hundreds of hours scouring original documents (not books, mostly personal letters) of some of our founding fathers. Archives of information are out there, it just takes a lifetime to scratch the surface of the "truth".
3 Replies
1
Reply Fri 18 Dec, 2015 10:48 am
@DarkCrow,
What I used to love is in the hard subjects such as mathematics and the sciences you did not need to made the teachers love you as the answers was either correct of not.

The only time I remember having a problem was when I apply a Laplace transformation to solve a math test problem and was not given credit for the correct solution as it was not a method taught in that class.

If I had been a few years older at the time I would had appeal that call to the dean. I was pissed indeed.
0 Replies
1
Reply Fri 18 Dec, 2015 10:53 am
@DarkCrow,
Note there are two websites that cover history by way of podcasts anyone who love history might find interesting.

Google History according to Bob and Hardcore history to see what I mean.
0 Replies
1
Reply Fri 18 Dec, 2015 12:12 pm
@DarkCrow,
I agree that it takes a lifetime. I began reading history in 1957. It is only in recent years that i have reached the point at which i think i am entitled to indulge in historical synthesis. Don't be too cynical, though. Teachers have to teach to the lowest understanding in their classes--that's the product of industrial education methods. There is a distinct possibility that they are as frustrated by the situation as you are.
0 Replies
1
Reply Sat 19 Dec, 2015 06:40 pm
@Tnelson,
1 - Hitler invaded poland to sieze the german land they lost for poland on the final of the ww1.
2 - British and USA are controled by a group of Jews called "Zionists" witch are behind all wars, money control supply, media etc.. On that time they have forced the beginning of both world wars and manipulate them to get the state of israel and to spread the jewish people all over europe, and to be seen by the people who always been pressuited and murdered. Nowadays the jewish people control over 97% of the global media.
3 - take your conclusions.

Of couse nowbody will belive in this because we been mind washed with movies, books etc.. but if you search deep, you'll find contraas told us.dictions on the story thats bein told us 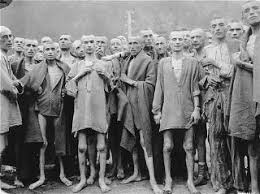