were do babies come from 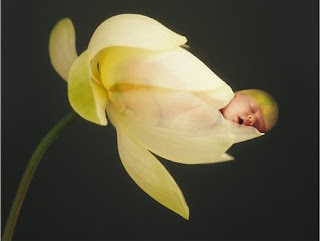 Babies grow in flowers.
To this picture is a story.
A Swedish friend of mine, her little daughter asked where babies come from and the mother tried to explain it as well as possible for her daughter. This was before our king and queen had grandchildren
Little while later she heard her daughter explain to her dolls that babies grown in wonderful flowers in a forrest and the parents pick a flower when they want to child.
The mother chocked asked why do you tell you dolls that. I did explain to you how it is.
The little girl said "My story is so much more beautiful"
The mother "Yes but it is not correct
Daughter
"The King and Queen would never have done it the way you told me"
1 Reply
1
Reply Thu 15 Oct, 2015 10:48 am
@saab,
But, of course!
0 Replies
2
Reply Sat 17 Oct, 2015 11:31 am
@smoral02,
I don't know where they come from, but I sure know where they go due to original sin.
1 Reply
2
Reply Tue 20 Oct, 2015 12:09 am
@Chumly,
Chumly wrote:

You should ask your mom
Chumly wrote:

You should ask your mom
Chumly wrote:

You should ask your mom

I would have said Hackensack; but ask Frank. He lives there.
0 Replies
3
Reply Tue 20 Oct, 2015 10:58 am
@neologist,
Original sin, also called ancestral sin,[1] is the Christian doctrine of humanity's state of sin resulting from the fall of man,[2] stemming from Adam's rebellion in Eden. This condition has been characterized in many ways, ranging from something as insignificant as a slight deficiency, or a tendency toward sin yet without collective guilt, referred to as a "sin nature", to something as drastic as total depravity or automatic guilt of all humans through collective guilt.[3]

The concept of original sin was first alluded to in the 2nd century by Irenaeus, Bishop of Lyons in his controversy with certain dualist Gnostics. Other church fathers such as Augustine also developed the doctrine, seeing it as based on the New Testament teaching of Paul the Apostle (Romans 5:12–21 and 1 Corinthians 15:22) and the Old Testament verse of Psalm 51:5.Tertullian, Cyprian, Ambrose and Ambrosiaster considered that humanity shares in Adam's sin, transmitted by human generation. Augustine's formulation of original sin was popular among Protestant reformers, such as Martin Luther and John Calvin, who equated original sin with concupiscence, affirming that it persisted even after baptism and completely destroyed freedom.The Jansenist movement, which the Catholic Church declared to be heretical, also maintained that original sin destroyed freedom of will.
1 Reply
2
Reply Tue 20 Oct, 2015 11:25 am
@saab,
I didn't mean to imply I had never heard of the concept. I was raised in the Catholic tradition. I wanted to give Chumly a petulant answer without being overly snide.

He might have mistaken my sardonic attitude to be a reference to my love of sardines - with sharp cheddar - on pumpernickel bread - accompanied by a quaff of local IPA, a feast to which I regret I am unable to invite him.
1 Reply
1
Reply Tue 20 Oct, 2015 12:37 pm
@neologist,
Jeez, that's what we're to expect in Paradise, people like you?