One thing that always mystifies me about atheists is their frequent charge that theists anthropomorphize God. If they don't think he even exists, how can they know that theists are falsely characterizing him?

BTW Amoh, carriage returns don't cost anything, feel free to use them :-)
2 Replies
4
Reply Sun 4 Oct, 2015 09:10 pm
wall o'god text
0 Replies
0
Reply Mon 5 Oct, 2015 12:37 am
@Leadfoot,
I get peed off with atheists who think all Christians are not practical thinkers and don't have any grip on the real world. Plus some atheists like to think that life is all physical and there is no spiritual/psychological universe, like we can function almost like unemotional robots that have only eyes and no ears. Some atheists like to get really physical with God, like they won't believe in him unless he performs some magical feat for evidence, which to me is quite childish. They want a magical genie God because they can't face the real world, or they want special treatment from all other species. As a Christian I know God is not about physics, God is about spirituality/psychology, our sense of morality, righteousness, honourability and family which Lord Jesus reminds us of. Sure I don't think I'm perfect, but at least I have Lord Jesus to fall back on to remind me how to think like a human being, especally if I'm overwhelmed by the imperfections and stresses of life. It's funny about some atheists because everything has to be physical, which reminds me of the parential line towards kids that don't listen: Are your ears just painted on or what?
0 Replies
2
Reply Mon 5 Oct, 2015 01:34 am
Are all atheists just unspiritual self-absorbed robots?

One thing that always mystifies me about atheists is their frequent charge that theists anthropomorphize God. If they don't think he even exists, how can they know that theists are falsely characterizing him?

BTW Amoh, carriage returns don't cost anything, feel free to use them :-) 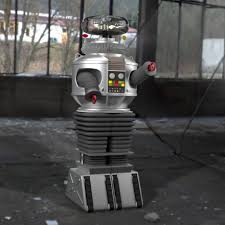 That was the sound of the point of that post shooting right over your head.
2 Replies
1
Reply Mon 5 Oct, 2015 02:38 am
@Setanta,
I'll rephrase that then: You are at liberty to think what you will.
0 Replies
1
Reply Mon 5 Oct, 2015 02:57 am
ZOOM
1 Reply
1
Reply Mon 5 Oct, 2015 04:56 am
@Setanta,
I was merely contemplating the predjudice stereotyping of different perceptions of psychology whether it be atheism, theism, deism or whatever. Like racial predjudice, just because one individual of a group behaves a certain way, it doesn't mean they represent all individuals of that group. There are ratbags in every group and there are decent respectable ones. I don't agree with a lot of ideas I hear from other Christians but I think this is a similar scenario with atheists. We don't all think alike to one ideal, we all vary in our views. So you can't say all Christians are like this or that because it's not true. Some people would think Christians don't have a sense of humor. I had to laugh when I read one of your posts stating the term "Big Sky Daddy" I thought that was hilarious (Christian term Heavenly Father)
1 Reply
1
Reply Mon 5 Oct, 2015 02:41 pm
@FBM,
So you're saying that God is a She? You illustrated my point perfectly. If you don't think God exists, why would that make the slightest difference from the atheist perspective? Seriously, I'd like to know why the male pronoun would set off alarms.
2 Replies
1
Reply Mon 5 Oct, 2015 03:21 pm
@Amoh5,
You spoke of what i think. If i tell you what i believe, or what i don't believe, that's not what i think that's what i know. I'm the only one who can know. Assuming that atheists are just like any other group, especially comparing them to religionists of any flavor, is rather dull-witted. Atheists only have in common that they don't believe in gods. It's not a polemical or philosophical position, it's just saying: "I don't believe that." Comparing atheists to the adherents of any religious confession is pretty damned foolish. "Magic sky daddy" is not at all the same as some pious crap like "heavenly father."
0 Replies
1
Reply Mon 5 Oct, 2015 03:43 pm
Amoh5 wrote:

We are The Robots

Alas, it's not the life for me. Firstly, because I'm no atheist. Secondly, because I already acknowledged to being foreign scum today, and you can't really subscribe to two entirely different things I think. That can't be good for my mental rigidity.
0 Replies
1
Reply Mon 5 Oct, 2015 04:52 pm
@Setanta,
I agree, for sure. And I even listened to the robot music interlude.

On the other hand, give the selection over the years of people who disagree with atheists, this person isn't so bad.

So you're saying that God is a She? You illustrated my point perfectly. If you don't think God exists, why would that make the slightest difference from the atheist perspective? Seriously, I'd like to know why the male pronoun would set off alarms.


I don't care what gender you imagine your invisible friend to be. I was pointing out the self-contradiction in you complaining about being accused of anthropomorphizing and then doing it in the same sentence.

1 Reply
1
Reply Mon 5 Oct, 2015 05:40 pm
I'm not condemning any atheist, if atheism works for you then thats awesome, I mean the main object of our perceptions is that it keeps us well and happy. I've tried atheism but it doesn't work for me. Being a Christian has helped me be a better more positive human being. But what I'm saying is that not all Christians think exactly the same way, we vary like any other group. Just because one self proclaimed atheist behaves in a rude and hysterical manner, I'm not going to think they all behave or think this way. It reminds me of the racial predjudice mentality. We Christians are only human, we cry, we laugh, we stress out and fall from grace like everyone else. But we know how to get back up and continue with the battle of life. As a Christian I never claim perfection over any human being. But I don't think that we should behave rudely and hysterical towards one another whether we are atheists, theists, deists or whatever. There is a fine line between being respectful and disrespectful.
1 Reply

How can we be sure that all religions are wrong? - Discussion by reasoning logic
What if no religions are correct, but there still is a God? - Question by neologist
We are all like little children who often say: "Mom, Dad, leave me alone, I want to be on my own". - Question by Leaffan
Beyond tribalism; How well does your religious label serve you? - Discussion by MattDavis
Is religion responsible for the opposition to peace in the Israel-Palestine conflict? - Question by maxdancona
Concern for Religious Freedom or Preaching Political Messages? - Discussion by wandeljw
Why believe in god? The theist perspective. - Discussion by msolga
Why People Seek Solace In Gods. - Question by mark noble
Catholic remarried couples should abstain from sex - Question by Tes yeux noirs
How can a good God allow suffering - Question by SawyerMentink
Religion and Fear - Discussion by TomTomBinks
Copyright © 2022 MadLab, LLC :: Terms of Service :: Privacy Policy :: Page generated in 0.04 seconds on 10/03/2022 at 04:42:31
▲ ▼