The fact remains, that no matter how its done, there is no way to stop someone intent on killing.
If its killing one person, or committing mass murder, you cant stop them if you dont know about it beforehand.

Locking everyone up is an option.

Now we're get'n realistic...
0 Replies
-2
Reply Sat 3 Oct, 2015 12:24 pm
@parados,
See any text on self defense or police training for that matter and you will find that anyone with a knife is just as must of a risk at 20 feet or so as a gun wielder and most handguns engagements happen at 10 feet or less.

As far as running away from a knife wielder for myself I could not wish to try exposing my bare back while doing so.

that requires more and better mental health care,and it would require institutionalizing those people that are a threat to others.

Good luck on proving that someone with mental health problems who had never harm anyone before is a threat to others and need to be institution.

But as I said, no matter what the weapon used is, it is not possible to stop someone intent on killing if you dont know beforehand.

Gosh, that must be why we have had so many fertilizer bombs blowing up buildings and planes being taken down with box cutter in the last 10 years. The "PR steps" have been ineffective.

LOL such events had always been rare thank god but if you think that the PR steps government had taken to date is going to even slow down someone who wish to take down a large building by one method or another you are sadly wrong.

Hell within a mile or less of me there are farms with large amount of fertilizers that all I would just need is a truck to steal and in a somewhat greater distance there is mining operations/road building with all kind of explosives that for the most part are protected with a pad lock.
0 Replies
-1
Reply Sat 3 Oct, 2015 12:41 pm
@parados,
Quote:

So, the best way is to find a reasonable way to restrict their access to the means to do it.

So you are going to be able to restrict someone from the materials to produce say a pressure cooker bomb of the type that kills a few and cripple dozens and injury hundreds at the Boston Marathon for example?
1 Reply
-1
Reply Sat 3 Oct, 2015 12:49 pm
@parados,
Quote:

since a knife is much more dangerous than a gun.

In certain situations a knife can be as deadly or more deadly then a handgun.

You do know that in one day sixty to 75,000 thousands or so Romans was killed with edge weapons at the battle of Cannae?

So your preferred weapon for self defense is a knife then?

In certain situations a knife can be as deadly or more deadly then a handgun.

Gosh, I never said a knife wasn't deadly or couldn't be deadly. You are not arguing that a few situations may result in a knife being more deadly than a gun. You are arguing that is almost always the case. In the vast majority of situations a handgun will be much more deadly.

You do know that in one day sixty to 75,000 thousands or so Romans was killed with edge weapons at the battle of Cannae?

Edge weapons did not turn harmless with the invention of gun powder either.

They didn't turn harmless but guns proved to be much more deadly than edged weapons. There is a reason why armies went from edged weapons to guns and it isn't because guns are less deadly.
1 Reply
-1
Reply Sat 3 Oct, 2015 01:34 pm
@ehBeth,
Quote:

I know I'd feel safer if people like the one you're responding to were restricted to knives.

You are arguing that is almost always the case.

You are making up positions that I never had taken but at very close ranges the kind of range that most handguns battles happen[10 to 20 feet] a knife in the hand of someone who know how to used it is just or more deadly then a handgun.
1 Reply
2
Reply Sat 3 Oct, 2015 01:46 pm
This about terror not gun control. The shooter was on a list Obama was offered by the Russians that he turned down.

The MSM will tell you none of that.

According to this report, the black-Islamist terrorist who committed this act of terror, Chris Harper Mercer, had previously been identified by electronic intelligence specialists within the Foreign Intelligence Service (SVR) as being an Islamic State (ISIS/ISIL) adherent after he had attempted to gain passage to Syria via Turkey during the first week of September, 2015.

By the Obama regime refusing to accept this terror list from the Federation, this report continues, Mercer was able to accomplish his terror act when yesterday he killed 9 people and wounded 7 others at the Umpqua Community College prior to his being shot and killed by local US police forces

We can restrict where they can carry anything that could hide such items.

A private light aircraft with a teenager pilot once flew from West Germany and landed in red square for the fun of it during the cold war.

To attacked the Boston marathon an ultralight could do it launching from a mile away and being over the race before anyone could take any actions with a payload of a few hundred pounds.

We can restrict where they can carry anything that could hide such items. 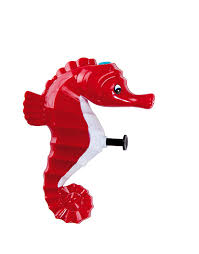 0 Replies
3
Reply Sat 3 Oct, 2015 02:09 pm
@BillRM,
Now you are arguing that some restrictions is the same as no restrictions. Most people won't get around those restrictions as evidenced by the number of weapons the TSA takes from passengers every year.

To attacked the Boston marathon an ultralight could do it launching from a mile away and being over the race before anyone could take any actions with a payload of a few hundred pounds.

And where exactly do you think this ultralight can launch from unnoticed a mile away? I do love your attempts to make this invisible ultralight be able to launch from an invisible runway that is within a mile of Boston. I get the impression you have never been to Boston.
1 Reply
0
Reply Sat 3 Oct, 2015 02:24 pm
@parados,
Quote:

A ultralight can be removed from a enclosed trailer and be in the air in far less then a minute and over the race in another minute so that is the time frame the race security have to reacted.