Ones where mouthy idiots usually get a slap.

You can't buy guns in a supermarket. 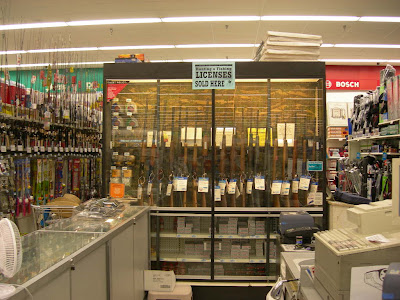 Gun free zones are meaningless when they're readily available just outside. You need a gun free country.
1 Reply
1
Reply Fri 2 Oct, 2015 01:10 pm
@McGentrix,
It a solitary example compared to other liberal democracies. Or are you saying America should be compared to Syria?
1 Reply
1
Reply Fri 2 Oct, 2015 01:12 pm
@McGentrix,
I like the general ambiance.
0 Replies
2
Reply Fri 2 Oct, 2015 01:13 pm
@Walter Hinteler,
"Gun control is NOT the answer to preventing heinous crimes like school shootings," Douglas County Sheriff John Hanlin (who oversees law enforcement in the county where Thursday's Umpqua Community College shootings occurred and who leads the current investigation) wrote in a letter dated Jan. 15, 2013, and posted on the sheriff's office Facebook page at the time.

Any effort to change the Second Amendment, he wrote, "would be irresponsible and an indisputable insult to the American people."

More recently, Hanlin was among outspoken opponents of Senate Bill 941, which extended gun background checks to all gun transfers in the state. Gov. Kate Brown signed the 2015 bill into law on May 11, and the law took effect Aug. 9.

"This law is not going to protect citizens of Oregon in that it is going to keep guns out of the hands of criminals," Hamlin said. "It will not do that."

It a solitary example compared to other liberal democracies. Or are you saying America should be compared to Syria?

You can't buy guns in a supermarket.

Just one screenshot, taken minutes ago Here a super market is Price Chopper, Super Duper, Piggly Wiggly, Wegman's, P&C, Topps, Hannaford, etc. I am sure each region has it's own versions of a supermarket. Walmart is not what an American would consider a super market. Generally, only food is sold in a super market.
3 Replies
0
Reply Fri 2 Oct, 2015 01:38 pm
@glitterbag,
glitterbag wrote:

Wallmart does sell food, ergo, it's a supermarket that sells guns.

Gun murders per 100.000 residents
USA 3.7
Norway 0.04
So even with the terrible massacre Norway has much less gun murders than USA.


Yep. That's a fine strawman. Build him yourself? The topic is if the US is "a solitary example compared to other liberal democracies. " Nothing to do with how many many or how often.
2 Replies
2
Reply Fri 2 Oct, 2015 01:45 pm
@McGentrix,
During the period Walmart has been here in Germany, it labelled itself "Supermarkt".
Asda (owned 100% by Walmart) is a supermarket.
2 Replies
2
Reply Fri 2 Oct, 2015 01:47 pm
@McGentrix, 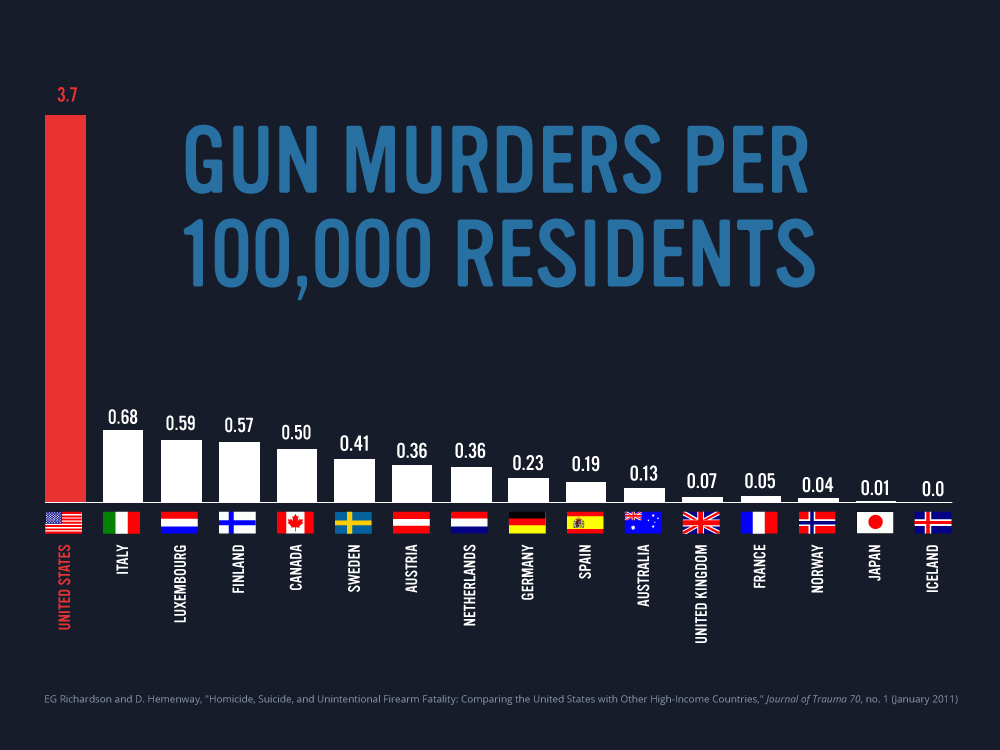 During the period Walmart has been here in Germany, it labelled itself "Supermarkt".
Asda (owned 100% by Walmart) is a supermarket.


You can buy guns at Asda?
3 Replies
3
Reply Fri 2 Oct, 2015 01:59 pm
@McGentrix,
walmarts all have a supermarket attached an I know of several liquor marts that sell guns in Md.

The firearms act needs to be honstly enforced. If a person lies on a gun check, that pwrson is rarely caught by the quick check. FBI stated that.

In 2013 congress was presented with a gun show loophole closer . Congress (alwys a shill for the gun mfrs) refused to even bring it up for debate.
Ps tried to pass a law limiting the number of gun purchases to 50 or less a month to any individual (These are not gun shops). This was turned out to pasture by the GOP legislature in Pa.

Then, last night, there was that one congressman on Fox who demanded that Obama stop "wringing his hands-and send a plan to congress to consider" WHAT A LYIN SACK OF **** WAS HE.

It's not really a stretch. Americans tend to distinguish between big name grocery stores/supermarkets but I don't think it's a mistake to fold Walmart into that general definition. I don't shop at Walmarts so I normally wouldn't consider it a supermarket, but after Walter posted that picture it makes perfect seen that Europeans would see it as a super market. Only Americans distinguish the difference between Food Lion, Wegmans, Harris Teeter or Safeway.

You can buy guns at Asda?


I don't think (and actually I'm not educated where you buy guns in the UK).
We have "weapon shops" (Waffengeschäft) here in Germany, we you buy firearms. (But you can get fireworks in our supermarkets, cigarettes [which I bought in pharmacies in the USA] wines, schnapps etc. (age control at the cashier)

To verify: as an European, I noticed that you can get firearms and ammunition in those 'stores', which are known in Europe as 'supermarkets' (or the equivalent in the local language).
0 Replies
1
Reply Fri 2 Oct, 2015 02:28 pm
@glitterbag,
Walmart super centers sell food, regular Walmarts only have a small "food" section. Walmart is not a supermarket, Kroger and King Soopers and Piggly Wiggly are supermarkets.

Walmart's in my area do not sell guns anyways, they sell ammo but not guns.
3 Replies