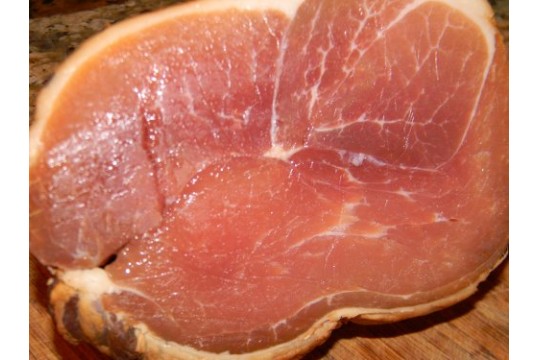 But, apparently In the 1960s there were about 50,000 pig farmers, but now there are just 660 commercial producers left in Australia.

That's a heck of a big difference. A lot of what "we" had is now gone I suspect affordability, we can't be the big guns we are over run from overseas that has a better affordability.

0 Replies
1
Reply Tue 28 Apr, 2015 09:12 pm
Bacon, bacon, bacon, particularly hickory smoked bacon from a little place in the Ozarks of northern Arkansas, called Coursey's Meats. Anyone know of it? Every spring, we detour on our way home from Florida to travel through the Ozarks so that we can pick up at least 15 pounds of bacon and about the same amount of their sweet hickory smoked ham. It's the best ham we've ever had, but the bacon is the real reason for the detour.
0 Replies
1
Reply Tue 28 Apr, 2015 09:14 pm
@FOUND SOUL,
mmmmmm Danish ham and bacon

just had a heap of thin-sliced ham on my sandwich

just the thing after an extra rehearsal
1 Reply
2
Reply Thu 14 May, 2015 11:33 am
@ehBeth,
just read how to do make your own bacon - - sounds easy enough if you've got a good nearby butcher and a bbq and some bravado: