Who shot first?
Han Solo or the bounty hunter, Greedo?

Han not only shot first, in the proper original version he was the only one to shoot. Greedo died without getting off a shot.

According to the update to the article, no such luck. There are reports that they didn't change it.


If anyone wishes to see Episode IV: A New Hope as it is supposed to be seen (Han getting off the only shot), I recommend the following fan-edit:


And note your choices of audio tracks before you just play it. You'll have a choice between:

I recommend "C", as the mono track has audio effects that are missing from the other choices.


Remember that fan-edits are only legal to possess if you own a legal copy of the official movie.
1 Reply
1
Reply Fri 10 Apr, 2015 12:30 pm
@tsarstepan,
Whatever George says happened is what happened. My vote will most likely not be appearing and tallied since I have no idea what my log-on information is for imdb. (it may be scrawled on a scrap of paper somewheres around here)
0 Replies
1
Reply Tue 9 Jun, 2015 06:54 am
Newly Discovered Star Wars Script Answers The Who Shot First Riddle
http://www.cinemablend.com/new/Newly-Discovered-Star-Wars-Script-Answers-Who-Shot-First-Riddle-71911.html
1 Reply
1
Reply Fri 21 Dec, 2018 08:45 pm
@tsarstepan,
0 Replies
1
Reply Tue 2 Apr, 2019 05:05 am
@oralloy,
Harmy's restoration of Star Wars has been superseded by 4K77, a high resolution scan of an original 35mm technicolor print of Star Wars. It has better detail than the official Blu-ray.

Harmy's restoration of Return of the Jedi has been superseded by 4K83, a high resolution scan of a special edition 35mm print that was struck directly from the original negative.

Harmy still has the best restoration of Empire Strikes Back. 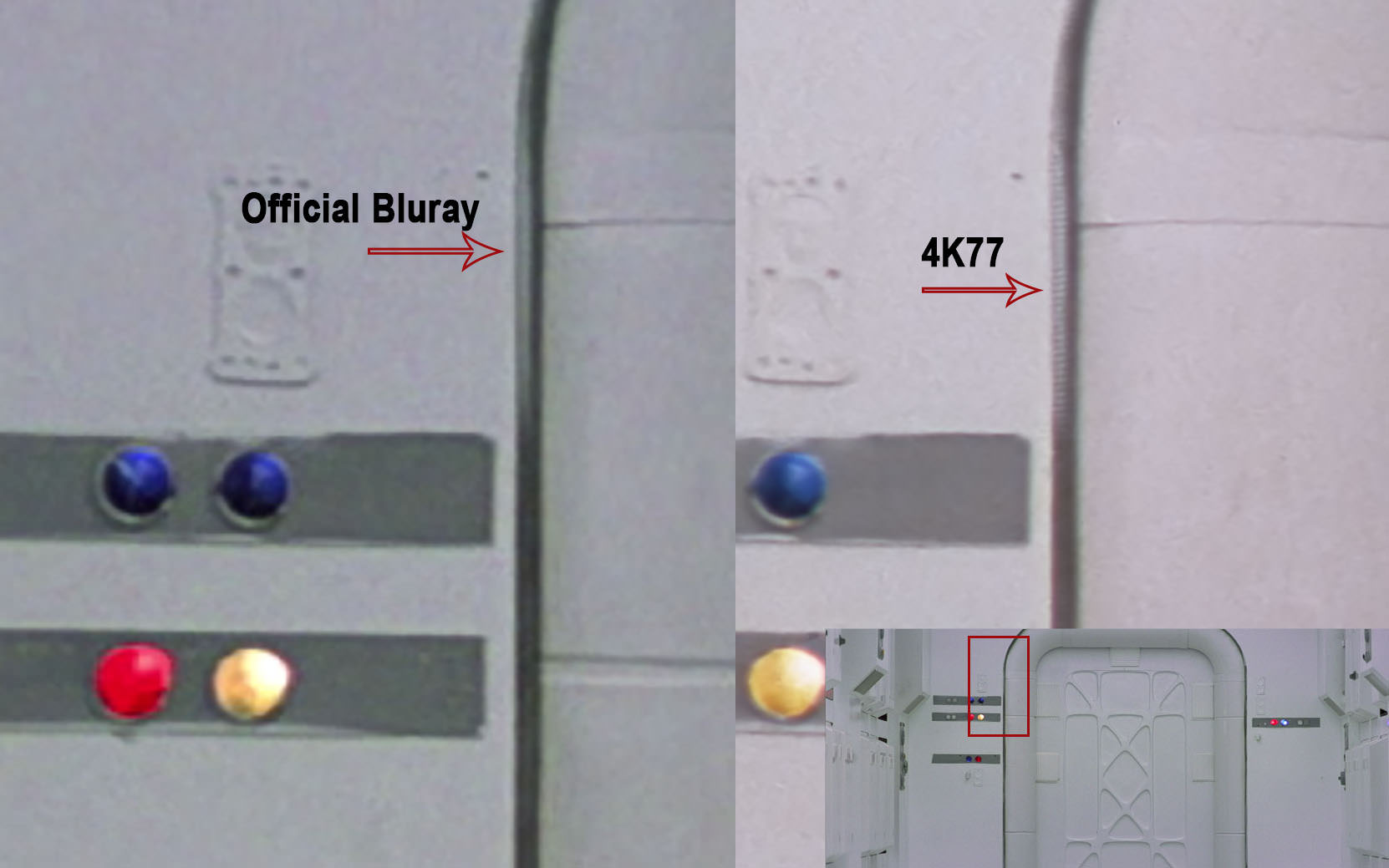 Harmy's restoration of Return of the Jedi has been superseded by 4K83, a high resolution scan of a special edition 35mm print that was struck directly from the original negative.

For the best comparison, this video should really be viewed in high resolution and not in a tiny window from within this thread.
0 Replies
1
Reply Fri 16 Aug, 2019 03:20 pm
Quote:

More and more, our sources are hinting that Disney and Lucasfilm are likely to release The Complete Star Wars Saga in Blu-ray/4K Ultra HD box sets next year. It makes sense for a number of reasons. First, the final film in the Skywalker saga, Star Wars: The Rise of Skywalker, will be arriving on Blu-ray, DVD, 4K, and Digital early in 2020. That’s reportedly going to be the last such film to be released in the franchise for at least a few years, so it would make sense that they’d release a complete box set of everything to that point. Also, The Empire Strikes Back celebrates its 40th anniversary in 2020. And once Disney is done releasing all of their Marvel and Pixar product in 4K, there’s only one big franchise left untapped on the format. For all of these reasons, we think it’s likely that we’ll see these films in 4K next year. We already know that the classic trilogy has been scanned from the original negatives (new 4K masters are done and ready), and the prequels will no doubt be upsampled and digitally restored. Whether Disney and Lucasfilm would consider including the original theatrical versions of those classic films is the $24,000 question. My gut tells me to assume they won’t, at this point.

Why is it that every time they re-release Star Wars 1977, that moron Lucas finds a way to make the Han/Greedo scene EVEN WORSE THAN THE LAST TIME HE CHANGED IT?

The Skymaster version of 4K77 is due out in January, if anyone wants to see the real Star Wars.