You ever wander away as a young tot?

Forums: News, Human Interest, Photography, Wandering Tot, Desperately Seeking Slushie
Email this Topic • Print this Page
1
Reply Sun 5 Apr, 2015 10:51 am
@glitterbag,
OH yeh, Sea turtles were all over the place. You just had to keep yer ears tuned and spend a lot of time out along the "canyon" just drifting.
The big ones just give off a whale like spouting sound as soon as the break surface and will , if not disturbed, spend a minute or two on the surface looking around. Thats when we shoot em (with a camera of course)
1 Reply
1
Reply Sun 5 Apr, 2015 11:14 am
@farmerman,
I spoke of my trips west with Uncle Stosh. s a kid I spent 2 summers living a kids dream. I would spend a few weeks with Uncle Stosh, going out with him as he did his mineral searches in the "Field season" (Usually May (sfter hed give his finals and any late season field trips with his students), to August). Hed have to be back with hos reports and get any drilling done and then be there to start his teaching schedule.

Wed be in the High deserrts of US and Mexico mostly and I would spend evenings (not in Mexico though) traipsing the hills with his MINERALIGHT (a portable ultravioet light that carried both of the major UV wavelengths)
Id go looking for Flourescent Septerian nodules, Red Beryls (in Utah), Micrclines (in Colo and NM) and SCORPIONS.
For some reason, and I dont know why to this day-Scorpions glow a neat blue green, and you can see em in the dark many feet away. They seem oblivious to their "glow" and I always wondered whether that was an evolved warning system for animals that can see in the UV range?

Id collect a box full of em and Id pin em up (with Stosh's help (my mom was sure I was gonna get dead on these trips-even though STosh was HER brother . In those days we never had "Show and tell" but we did have times devoted to bringing in hobbies or work weve done at home.
Scorpions were a hit (with the other boys) girls were somehow repulsed by anything spidery.

The scorpions I ha would always lose their flourescence a month or so after they were newly dead. So maybe it was a warning-like a rattle on a snake.

0 Replies
3
Reply Mon 13 Apr, 2015 07:50 pm
When I was in Kindergarten, we lived in Wiesbaden Germany. We lived in base housing and my kindergarten school was in the basement of another building in the community. A large swath of new buildings were being buillt and during my walk to school I would often take a different route... 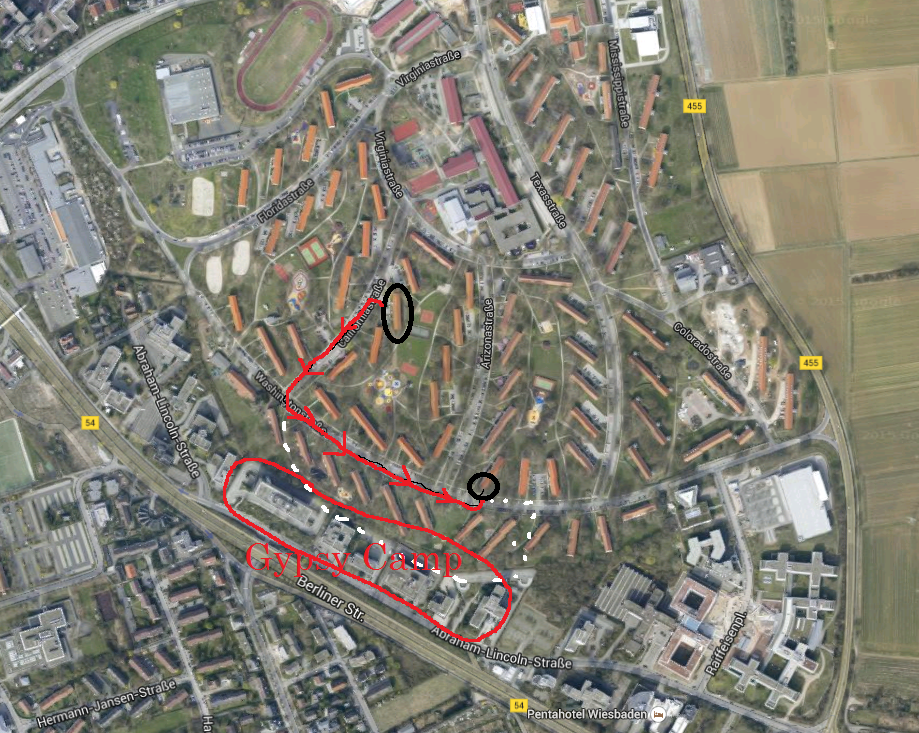 It got to the point that my mom would walk me half way and the teacher would walk me to school. I miss being young.
0 Replies
1
Reply Mon 10 Aug, 2015 08:04 pm
I am working from home and the dog starts barking ... my daughter says there is a really young boy walking down the street all by himself. I look our sure enough this kid no older than two is having a casual stroll down the street with headphones on ... no adult in sight.

I go out and at the same time my neighbor goes our to him. She tries talking to him .. I said you stay with him and I will take a walk from the direction he came from. As I go around the curve I see a truck coming down... from the looks he is looking for someone. I smile and he pulls over and I ask you looking for a little boy? Sure enough kid went and decided to wander off while visiting the grandparents.

He was so cute just out wandering without a care in the world.
0 Replies