I am telling myself it's to be expected because his parents were divorced and his dad dated professional cheerleaders. I am still upset, however...
Type: Question • Score: 18 • Views: 9,291 • Replies: 39
Topic Closed
9
Mon 23 Feb, 2015 06:36 pm
@sonyakitty,
He should be offended that you're snooping around on his computer and his browsing history. How would you like it, if your boyfriends starts going through your purse?

Leave it alone !!
1 Reply
5
Mon 23 Feb, 2015 07:03 pm
@sonyakitty,
Offended? You're placing blame on him for his curiosity! He's entitled to his thoughts and to explore online (within reason and boundaries). Where's the harm? In the grand scheme of things he's not fantasizing about under-age children or anything risky or even what most reasonable people would consider perverted.

Why should you snoop on him as to where he goes on Internet? Apparently you're suspicious of his loyalty. He's not cheating on you with someone in person, is he? In fact, you haven't even said that he's chatting with women online. He's looking at pictures. So what? Your snooping on him is far more of a risk to the relationship.

A mature approach is without blame or anger to ask him to tell you about his fantasy. If he doesn't, that's ok but tell him that it would make you feel closer and less distanced from him.
0 Replies
4
Mon 23 Feb, 2015 07:44 pm
@sonyakitty,
sonyakitty wrote:

Pretty harsh and judgmental replies on here! I guess this forum is more for the bitter people than yahoo answers! I got a lot of funny responses there!


Your getting honest answers here, not funny responses like Yahoo, you asked for others opinion and they're giving it to you.

You don't go snooping around someone else's computer, unless of course you feel insecure then that's your problem, not his.
0 Replies
3
Mon 23 Feb, 2015 08:00 pm
This thread needs music. 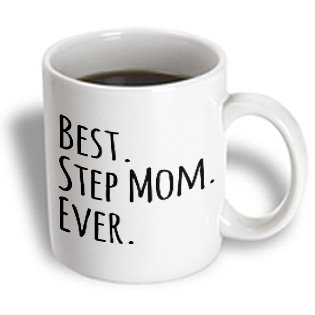 And, while you are at it, buy yourself one of these: 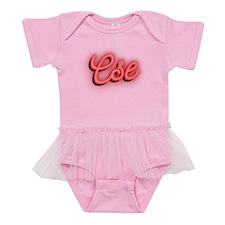 Pretty harsh and judgmental replies on here! I guess this forum is more for the bitter people than yahoo answers! I got a lot of funny responses there!


Why come here if yahoo gave you answers that fit better to your mindset?

None of us are bitter, you just don't like our answers. Snooping is not okay,
regardless of what you think.
0 Replies
4
Mon 23 Feb, 2015 08:02 pm
@jespah,
The hills are alive with the sound of music! Lady Gaga!

She can be odd but I've always liked GaGa

That said, if what he is looking at offends you, then pack up and leave him. Do you really want to spend your life with someone who does something that offends you?
1 Reply
5
Tue 24 Feb, 2015 09:46 am
@CoastalRat,
Blimey.

No.....wait.....on second thoughts....
0 Replies
2
Tue 24 Feb, 2015 09:56 am
@jcboy,
I'll say this for her, she really knows how belt out a song. I'm fussy about this singing on key - especially big songs like this one. I object to her imitation of Julie including using a fake English accent. Furthermore, a few times on the long dramatic notes plus that last BIG note she hits is off-key...drifting a bit... then sort on-key.
\
Then there's her style and fashion choice, tats all over her arms but singing in that prom gown. Pretty distracting. Tats are fine...no problem...but...in that gown...imitating Julie Andrews..does my head in.
1 Reply
2
Tue 24 Feb, 2015 12:56 pm
@Ragman,
I just thought it was us who found it grating. Having said that, Americans who can adopt a genuine English accent, (by properly researching the area,) like Denzel Washington and Johnny Depp get a thumbs up.

The worst, most teeth grindingly irritating, examples are the voice actors who play Lisa and Bart Simpson.
2 Replies
2
Tue 24 Feb, 2015 01:14 pm
@TheSubliminalKid,
My objection mainly is the singer who affects the accent; however, it certainly applies to US-ians who fake English accents while acting.

The inverse of that effect is when English actors fake the US-ian accents. The best at believably submerging his English accent is Hugh Laurie (TV show called House, M.D.). The first time I heard him use his every-day speaking voice I was floored. In fact the person who cast Laurie in the main lead in House had no idea he was a Brit.
2 Replies
2
Tue 24 Feb, 2015 01:18 pm
@Ragman,
It's easier for us. We are familiar with American accents, at least 50% of what is shown on the television is American. If 50% of what you watch was British your actors would be able to make a good fist of an English, (or Welsh or Scots) accent.
1 Reply