They can't buy them legally private.

I am highly skeptical that people in Switzerland are not legally allowed to buy ammo privately. Do you have a cite for this?

The original claim was about full-autos though. So it would only be the rifles that are held by people in active service that would count.

If someone keeps their service rifle after being discharged, it is converted to semi-auto-only.
1 Reply
2
Reply Sun 13 Nov, 2022 01:16 pm
@oralloy,
oralloy wrote:

They can't buy them legally private.

I am highly skeptical that people in Switzerland are not legally allowed to buy ammo privately. Do you have a cite for this?

They are allowed (if they've got the resp. allowance), but I was referring to the ammunition for banned weapons.
0 Replies
2
Reply Sun 13 Nov, 2022 01:17 pm
@oralloy,
oralloy wrote:

If someone keeps their service rifle after being discharged, it is converted to semi-auto-only.

That's news to me. But if that is so, it means that there are even more full-autos in civilian hands in Switzerland than I thought.

They are allowed (if they've got the resp. allowance), but I was referring to the ammunition for banned weapons.

Public health is related to diseases.

Gun rights are not in conflict with public safety.

The disease is: fire arms cause thousands of deaths a year. It's second leading cause of death for those under 18.

Study finds car crashes, firearms are leading causes of death among US children

For the study, researchers sorted through CDC and World Health Organization data on 20,360 deaths of children and adolescents in the United States in 2016.

The researchers found that motor vehicle crashes were the leading cause of child deaths in the United States, comprising about 20% of all deaths among children in 2016. The chief reason for the crashes was cell phone use by drivers and pedestrians, the researchers found.

Firearms were the second leading cause of deaths among children and adolescents in 2016, according to the researchers. Overall, there was a 28% relative increase in the rate of firearm deaths among U.S. children, likely driven by a 32% increase in firearm homicides and a 26% increase in firearm suicides, the researchers said. They found that the odds of a child being killed by a firearm are 36 times higher in the United States than in other high-income countries.

The researchers also noted that recently-released 2017 data show firearm-related deaths among U.S. children are continuing to rise. "One in three U.S. homes with youth under 18 years of age has a firearm, with 43% of homes reporting that the firearm is kept unlocked and loaded, which increases the risk of firearm injuries," the researchers wrote.


It is a public safety problem. Are you telling me you know of nowhere in Michigan you are afraid of walking at night for fear of being shot?

Firearm deaths include all deaths involving guns, such as homicide, suicide, and accidents. More people in the US die from suicide involving a firearm than homicides or accidents.

Interfere with others' lawful behavior. Infringe on other's civil rights.
1 Reply
-3
Reply Sun 13 Nov, 2022 09:35 pm
@bobsal u1553115,
If that's what he meant, then he was wrong. Some gun control is designed for the sole purpose of infringing people's rights.

The disease is: fire arms cause thousands of deaths a year. It's second leading cause of death for those under 18.

That's not what disease means. Disease means things like smallpox and polio.

It is a public safety problem.

Are you telling me you know of nowhere in Michigan you are afraid of walking at night for fear of being shot?

I stay well away from cities most of the time. There are places where I would be wary of being attacked by a bear. But I would be sure to be armed if I entered such a place.

Murders are caused by murderers. Guns are not a factor. The victims would be just as dead if they were murdered with a different kind of weapon.

As far as suicides go, I would like to see a system set up so that suicidal people could voluntarily and temporarily hand in their guns for safekeeping until they are no longer suicidal.
0 Replies
4
Reply Sun 13 Nov, 2022 10:16 pm
@oralloy,
Not that crap again. Your assertions about regulations regarding construction of products not being the parvenu of government is just plain wrong.

I'm not sure what violate lawful behavior means.


Here's a tragic example of a child engaged in lawful behavior having his rights violated:

Boy critically wounded in Prince George’s, police say
A 13-year-old was shot in Hillcrest Heights, according to police
Image without a caption

The boy was found outdoors in the 2100 block of Jameson Street in the Hillcrest Heights area.

He was found about 5:20 p.m. after a shooting was reported.

The boy was taken to a hospital and was reported about two hours later to be in critical condition.

It was not immediately known who shot him or why.


By Martin Weil
Martin Weil is a longtime reporter at The Washington Post.

The Supreme Court on Monday again declined to hear a lawsuit involving a Trump-era ban on bump stocks, the gun attachments that allow semi-automatic weapons to fire rapidly like machine guns.

The justices’ decision not to hear the case leaves in place a lower court decision that rejected bump stock owners' efforts to be compensated for bump stocks they lawfully purchased, but were required to to give up after the administration ruled they were illegal. Lower courts had said the case should be dismissed.

Last month, the justices rejected two other challenges involving the ban. Gun rights advocates, however, scored a big win at the court earlier this year, when the justices by a 6-3 vote expanded gun-possession rights, weakening states’ ability to limit the carrying of guns in public.

The Trump administration’s ban on bump stocks took effect in 2019 and came about as a result of the 2017 mass shooting in Las Vegas. The gunman there used assault-style rifles to fire into the crowd of 22,000 music fans.

According to Party officials, Republican strategists have been flabbergasted by exit polls indicating that voters who had just cast their ballots wanted those votes to be counted.

“In the run-up to Election Day, we believed that our message about ignoring the will of the people would strongly appeal to people,” Harland Dorrinson, a prominent G.O.P. strategist, said. “What we found instead was that people who participated in democracy were inclined to favor democracy. It’s a humbling reminder of just how unpredictable politics can be.”

Not that crap again. Your assertions about regulations regarding construction of products not being the parvenu of government is just plain wrong.

The day will come when we want the Supreme Court to connect the right to keep and bear arms to the militia and thereby rule that everyone in the nation has the right to have machine guns.

But for the time being it is best for the Supreme Court to focus on cracking down on lower courts that disregard the Heller ruling.

One step at a time in other words.

another election-denier bites the dust... 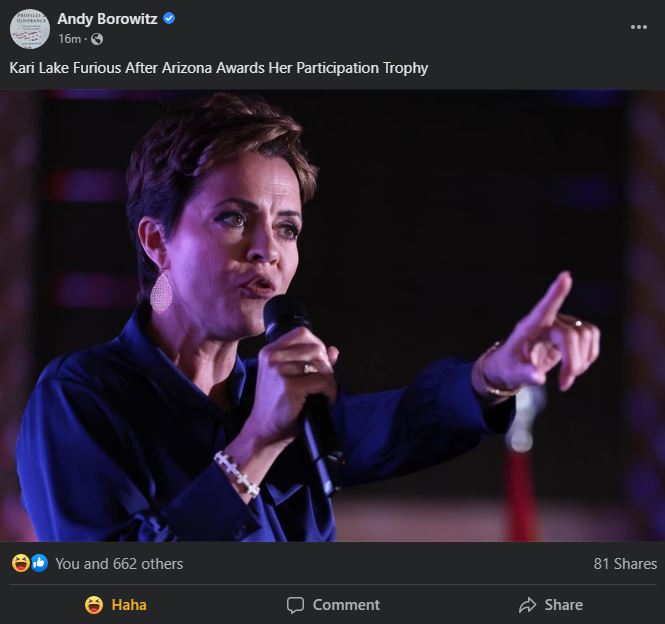 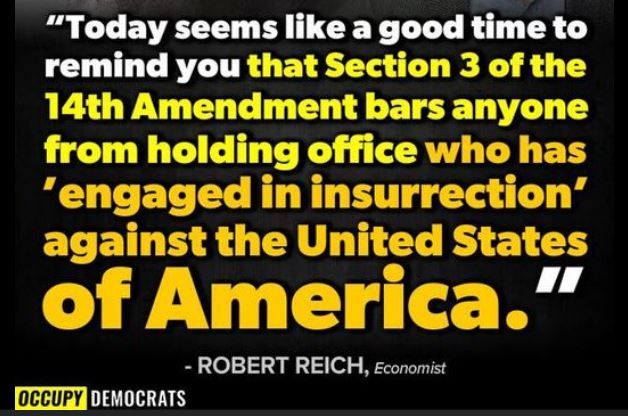 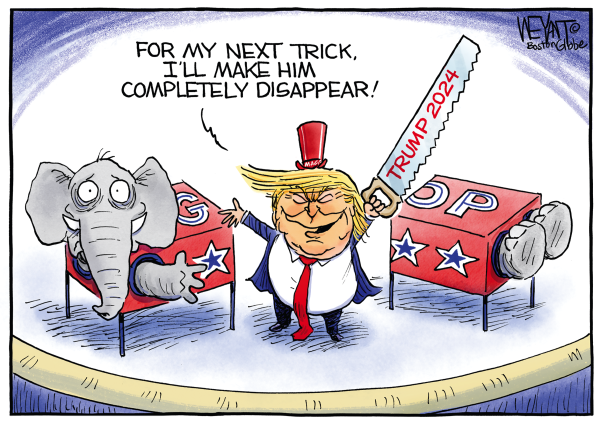