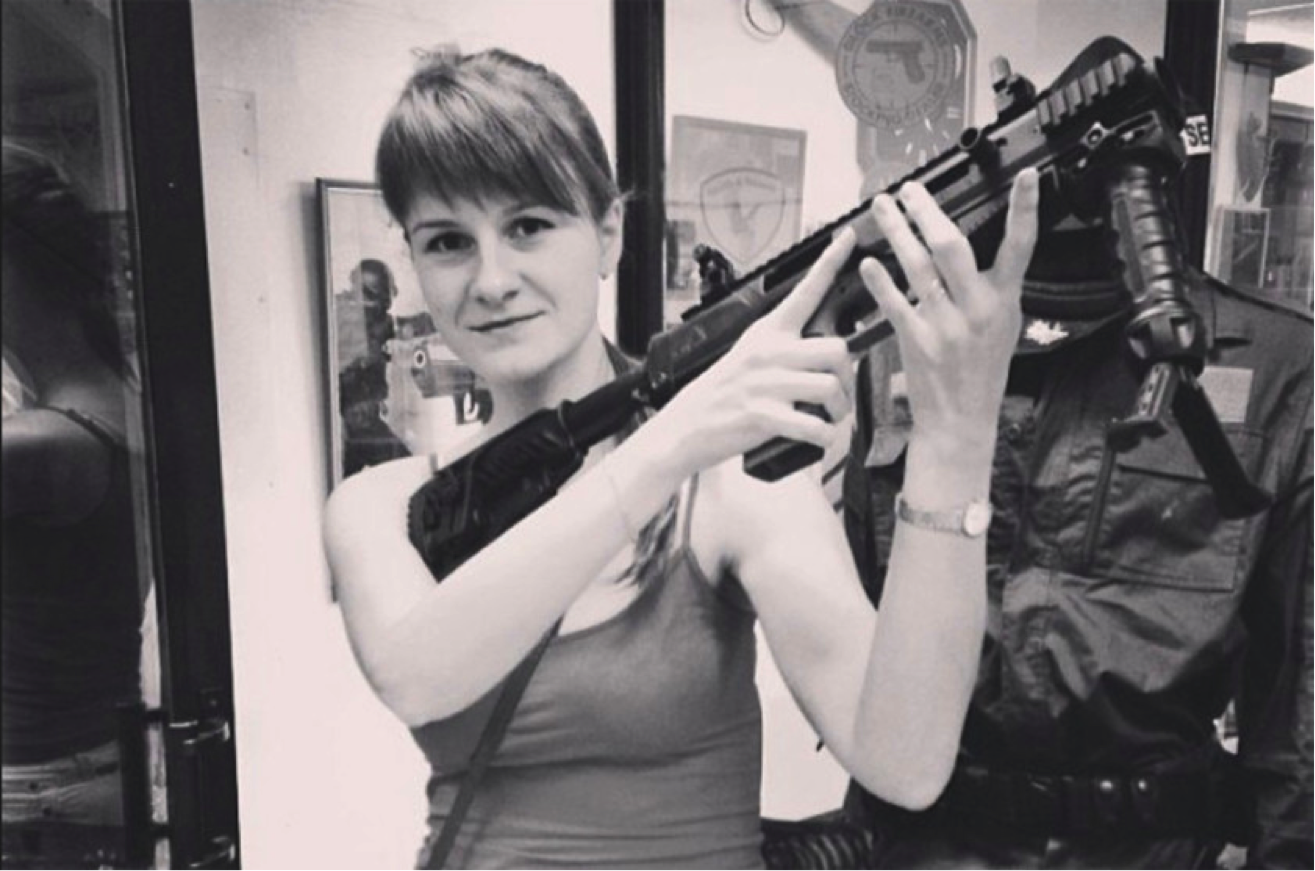 A Tennessee attorney who worked on a Michigan lawsuit alleging voter fraud in the 2020 presidential election has a history of working with Russian nationals, an investigation by the American Independent Foundation has found.

The lawyer, G. Kline Preston IV, worked with a conservative legal group in Michigan as part of an effort to overturn the election results in the state, where Joe Biden defeated former President Donald Trump by a slim margin in 2020.

Preston has worked for Republican politicians and causes as a legal adviser for nearly two decades. He has said he is "family friends" with Sen. Marsha Blackburn of Tennessee, whose campaign he represented in 2005 as it was being investigated for possible finance violations. He gave legal advice to Blackburn's 2007 House campaign and worked with her as recently as 2014.

Preston has a long history of sharing pro-Confederate propaganda on social media. He even quoted a former Ku Klux Klan leader in one of the many books he's written. In 2013, Preston sent a tweet suggesting that former President Barack Obama is not American — the same "Birther" conspiracy theory that Trump pushed before he ran for president.

One of the Russian nationals Preston is connected to is Maria Butina, an unregistered foreign agent who infiltrated the National Rifle Association as part of a Russian effort to influence conservatives. In 2018, The Daily Beast uncovered that it was Preston who first introduced Butina's handler, Alexander Torshin, a former Russian parliamentarian who was sanctioned by the Treasury Department, to David Keen, the former president of the NRA. According to their reporting, Preston is a "friend and confidant" of Torshin. In 2011 — the same year he introduced Torshin to Keene — Preston traveled to Russia to serve as a foreign elections observer. Preston also told The Tennessean in 2018 that Torshin "was interested in the NRA so I hooked him up."

Considering Russia has their hands busy killing off all of their own conservative far right zealots in Ukraine.

Could Russia fight a war on two or three fronts? Not likely at all.

Georgia might kick the Russian invaders off their lands as well...
1 Reply
2
Reply Fri 13 May, 2022 01:09 pm
@TheCobbler,
I don't think you're being realistic. Russia is recruiting Syrians to fight in Ukraine.

Assad is already in control of most of Syria, and the bits he doesn't control are mainly held by Kurds.

I can't see Kurds trusting Americans again for a very long time.
1 Reply
2
Reply Fri 13 May, 2022 05:17 pm
@izzythepush,
Assad does not have Russia to come and fight battles. The Russian army has been reduced to near nothing.

A rebel army of displaced Syrian could be assembled.

The refugees would flock back to Syria (as with Ukraine) to liberate their country from the Putin puppet Assad.

Now would be the time.

The Kurds are mad at Trump (the Russian asset), not Biden.

The Kurds are not stupid, they know Trump was the culprit, not "America".

A majority of "Americans" were against Trump...

Remember Hillary won the popular vote in the election against Trump, and Trump lost against Biden by a large majority.

Maybe you should choose your words a bit more carefully it is "America" and our tax payers and weapons that is saving Europe from Putin.

Without "America" Putin might be knocking at your door right about now.

So no, the Kurds are not mad at "America", they are mad at Trump, and Putin for putting Trump in office here.

"America" is fighting Putin for foisting Trump on us and Putin is being fought by America (indirectly) for what he (in part) made Trump do to the Kurds...

Do the displaced Syrians have the same fortitude and guts that the Ukrainians have?

Well, that remains to be seen.
3 Replies
2
Reply Fri 13 May, 2022 08:26 pm
See how technology is helping Ukraine identify Russians killed in battle
https://www.cnn.com/videos/world/2022/05/13/ukraine-face-recognition-russian-soldiers-lead-sidner-pkg-vpx.cnn
0 Replies
1
Reply Sat 14 May, 2022 02:06 am
@TheCobbler,
The Kurds were betrayed by America.

They don't see the difference between Trump and Biden, and even if they did what's to stop another Republicanpresident stabbing them in the back?

My barbers are Kurds, I know what Kurds are thinking, and there is no way they will trust America, not after what happened.

Where was the concern for the Kurdish people when America left them high and dry?

You can use as much rhetoric as you want but it's completely unrealistic, widshful thinking and nothing else.
2 Replies
1
Reply Sat 14 May, 2022 02:16 am
@TheCobbler,
You're sounding like Putin yourself now.

I'm not allowed to criticise America because without America Putin would be at our doors.

We are an indepedent nuclear power, any invasion of the UK would trigger a uclear war and Russia ain't that stupid.

Without America Harry Dunn would still be alive.
0 Replies
1
Reply Sat 14 May, 2022 02:20 am
@TheCobbler,
Your biggest problem is that youthink like anAmerican and blithely assume everyone thinks the same.

They don't, and if you read anything by T.E. Laurence you would know that.

Your inability to think outside your own culture is why America failed in Iraq, and why negotiations with Iran were so disastrous.

And Britain burning witches at the stake is also a "recent memory".

"America" did not support Trump abandoning the Kurds.

This is what America did... They got rid of Putin's puppet, Trump.

Excerpt:
“I don’t like Kurds,” President Donald Trump said, according to former national security adviser John Bolton. Twice now, Trump has ordered the withdrawal of U.S. troops from northeast Syria, leaving Washington’s Syrian Kurdish allies to fend for themselves, despite the heavy sacrifices they made while fighting the Islamic State.

Polls indicate that if elections were to take place today, voters would likely replace Trump with the most pro-Kurdish politician ever to occupy the White House. During fifteen years as the top Democrat on the Senate Foreign Relations Committee—including two terms as chairman—Joe Biden demonstrated a special concern for the Kurds, especially those in Iraq, a country he visited twenty-four times as vice president. One Kurdish-American activist has written, “If Kurds are your concerns, he will make a good president.”

Excerpt:
“We affirm that this information is untrue and comes in the context of the desperate attempts of vilification against our forces,” the SDF Media Centre said.

You are still being unrealistic.

This is what happens whenever you are wrong about anything.

You become rude, xenophobic and aggressive and now you **** over the democratic process.

You can't blame the crusades on America as well.

The Americans are today'smanifestation of crusaders.

That is how they are viewed.
0 Replies
1
Reply Sat 14 May, 2022 11:18 pm
@TheCobbler,
This is your problem in a nutshell, you can't respond to criticism you become nasty.

Instead of responding to what I said you throw out insults.

This is the republican nonsense all over again.

Are you going to say that the people celebrating Queen Liz's platinum jubilee aren't monarchists at all they're all republicans.

Your notion of the Kurds reopening a front against Russia in Syria will never happen because it is a stupid idea.

And nothing you have posted changes that.

It is a stupid idea and it will never happen.