Alex Jones will be responsible for financial damages to several families of victims of the 2012 Sandy Hook Elementary School shooting who sought to hold the far-right radio host and provocateur responsible for propagating lies that the tragedy was a hoax, a Connecticut judge ruled Monday.

Comment:
Oralloy, you will have to find your news elsewhere...

Your republican buddies, rather than admit an active shooter murdered kindergarten kids instead defamed the parent of the tragedy... 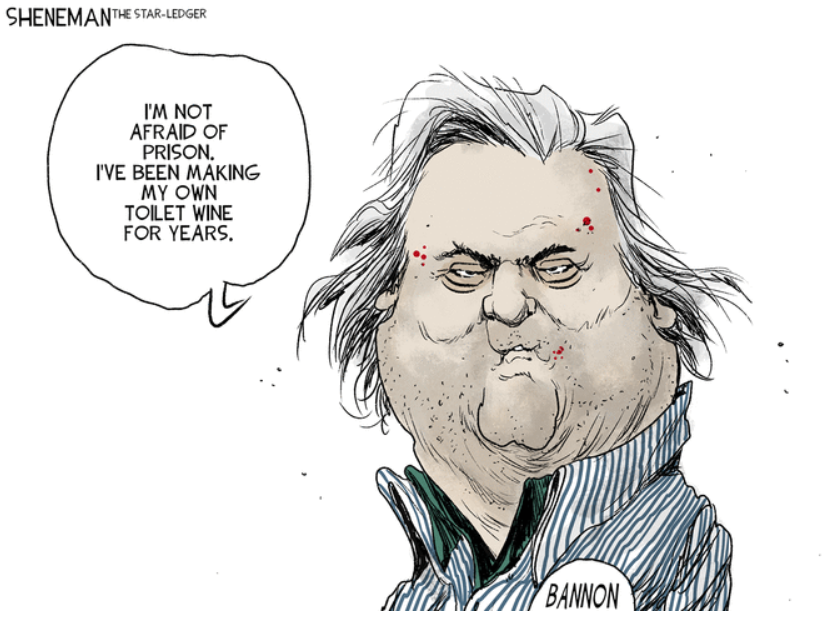 today was a good day for the good guys...

House, mostly along party lines, censures Gosar for violent video
(nyt)
1 Reply
8
Reply Wed 17 Nov, 2021 09:25 pm
Nevada man who claimed to have evidence of election fraud pleads guilty to voting twice
A Las Vegas man whose claim he had evidence of fraud in the 2020 presidential election was amplified by the Nevada Republican Party pleaded guilty on Tuesday to voting more than once in the same election.

Last November, Donald "Kirk" Hartle told KLAS that someone cast a ballot in the election for his wife, Rosemarie Hartle, who died of breast cancer in 2017. It was "sickening," he said, and "made no sense to me, but it lent some credence to what you've been hearing in the media about these possibilities and now it makes me wonder how pervasive this is?" The Nevada GOP pounced, tweeting video of the interview with a caption asking, "How did the forged signature pass Clark County's signature verification machine? And this isn't the only case of a deceased person voting in NV."

The Nevada secretary of state and attorney general's offices, which investigate allegations of voter fraud, filed charges against Kirk Hartle, accusing him of mailing in his late wife's ballot and voting twice in the election. Hartle agreed to plead guilty to avoid serving time in prison, and was sentenced on Tuesday to probation and ordered to pay a $2,000 fine. "Ultimately to me, this seems like a cheap political stunt that kind of backfired and shows that our voting system actually works because you were ultimately caught," Judge Carli Kierny said.

In a statement, Nevada Attorney General Aaron Ford said that "though rare, voter fraud can undercut trust in our election system. This particular case of voter fraud was particularly egregious because the offender continually spread inaccurate information about our elections despite being the source of fraud himself." The Nevada GOP has not deleted its tweet about Hartle's false claims, or responded to KLAS's requests for comment.

https://www.yahoo.com/news/nevada-man-claimed-evidence-election-063940307.html
1 Reply
-2
Reply Thu 18 Nov, 2021 12:51 am
@Region Philbis,
You tyrants are in no way good guys. Putting peaceful protesters in prison is an act worthy of Putin.

Portraying progressives as bad guys in an anime video is perfectly legitimate. When the Republicans take the House next year they are going to abuse their power just as much as the Democrats are abusing theirs.
0 Replies
-3
Reply Thu 18 Nov, 2021 12:54 am
@TheCobbler,
TheCobbler wrote:

It is appropriate that your untrue statements are confronted and challenged.

...and, of course with your corrupt world view, ​violently attacking law enforcement to overturn democracy is not a jailable offense.

Leftist spending on our labor force and infrastructure is a productive and sound investment; while, spending money on fitly rich fat cats is squanderous and a fools errand...

I doubt the filthy rich fat cats see it that way, but OK. I can agree with that.

The only trickle down here is the crooked conservatives urinating on our Constitution for ill gotten gains at the expense of everyone else...

The only people who are urinating on our Constitution are progressives.

(Mitch McConnel implores the progressives to not attempt to stack the courts... Do you not see the irony in that?)

There is no irony there. Mr. McConnel loves our Constitution.

Once again your sad excuse for a brain has led you to erroneous and deeply partisan delusions ...driven by irrational fear and sterility of heart, a common occurrence in your worldview.

My brain is first rate. I am not experiencing any delusions.

Oralloy, you need to tear down and rebuild yourself with transparency and true honesty. (Not fake news...)


Republicans can only win by cheating, lying, shoveling slander on others and pretending to give a **** about people...

Republicans handing out passwords to voting machines because they care so much about election integrity! (cynical)

Comment:
Oralloy, you will have to find your news elsewhere...

Why? PBS and NPR still seem to be on the air.

This is your impotent legacy Oralloy...

0 Replies
2
Reply Fri 19 Nov, 2021 09:40 am
Eric Boehlert: Everything the press said about the economy was wrong
https://pressrun.media/p/everything-the-press-said-about-the

Everything the press said about the economy was wrong
It's surging

• The government dramatically undercounted the number of new jobs from June through September, so we now know an additional 626,000 jobs were created those months, blowing away the idea of a stymied hiring pattern nationwide. Remember the “disappointing” jobs report from August, with 235,000 jobs? It was actually 483,000 new positions. It turns out there’s been a jobs explosion this entire year, and all indications are the trend will continue into 2022.

• Goldman Sachs predicts by the end of next year the U.S. unemployment rate will drop to a 50-year low, thanks to a "red-hot demand for workers.” Under Trump, the rate peaked at nearly 15 percent.

• Retail sales surged 1.7 percent in the month of October, as consumers flocked online and into stores, splurging on electronics and home-improvement projects. American consumers spent $638 billion in October, a 16 percent increase from last year.

• JP Morgan upgraded its growth expectations for the economy, raising its forecast for the U.S. gross domestic product to climb to 5 percent in the fourth quarter.

• Biden’s pandemic stimulus plan has worked: “Households are sitting on a collective $2.5 trillion in savings built up during the pandemic,” the New York Times reports.

The press wasn’t holding up a mirror to the U.S. economy. The press painted its own picture. Desperate for a dramatic angle to lure consumers back to TV news and websites, and weirdly anxious to bury Biden, the Beltway media have gone all in on the Doomsday narrative. Remember that corporate media owners benefit from tax breaks when Republicans are in office.

The panicked tale was never true. In recent days, the new data points paint a clearer picture of the economy — it’s a surging one that’s powering through a stunning pandemic recovery and stands poised to blast off in 2022. An unemployment rate all the way down to 3.5 percent? A stock market sitting at the once-unthinkable 45,000 mark? Both are entirely possible in the next calendar year.

And this is what the Trump cult has created, a monster out of a young man who had a promising career until republican seditious policies ruined his prospects for a rational and sane life?

How have his prospects been ruined?

It seems like Mr. Rittenhouse's prospects are just fine. I've heard that some Republicans want to offer him a position as an intern once they take over the House.

There will probably be no need for him to worry about being attacked by more deranged progressives if he becomes an intern there. It is likely that all progressives will be banned from the Capitol once the Republicans take over.
0 Replies
5
Reply Sat 20 Nov, 2021 04:34 am 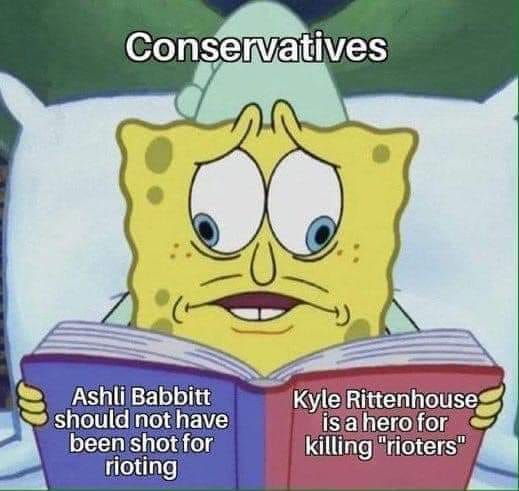 1 Reply
-4
Reply Sat 20 Nov, 2021 09:05 am
@Region Philbis,
Mr. Rittenhouse is a hero for volunteering to help businessmen protect their workplaces from rioters.