Forums: Humor, Science, Wildlife, Conspiracy, Space Science
Email this Topic • Print this Page
Reply Tue 23 Dec, 2014 04:17 am
What if I were to tell you that your government lies a lot and hasn't been terribly forthcoming with the stuff that turns up in those rolling probe images coming back from Mars......... I mean, would that really shock anybody?


No government agency has the manpower to go through all of these images with fine combs, but the INTERNET does and going over those images has gotten to be a big hobby for a lot of people, several FaceBook groups dedicated to it. This image shows a little fox or weasel of some sort chewing on one of the wiring harness binding straps: Not sure if NASA realizes they have a problem...

Again the image is from NASA's own site. Caught by Mike Seguin on the Mars Alive FaceBook group.

What do you think this thing ate before the rover was there? Are you assuming that there is a whole biology of things hidden underground on Mars?
1 Reply
2
Reply Tue 23 Dec, 2014 05:52 am
@gungasnake,
a totally new life form!! a CO2 breathing weasel!

I don't see anything looking remotely like what is being suggested.

Silly. Everyone knows a blob doesn't look like anything......


Well...did you know that some genies take wishes literally? 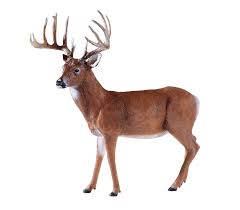 0 Replies
1
Reply Sun 28 Dec, 2014 02:23 am
@gungasnake,
You gotta love Pareidolia, one the crank and conspiracy theorists favorite tools to play with..