Forums: History, Gangsterism, Crimea
Email this Topic • Print this Page
Reply Sat 8 Mar, 2014 11:19 am
On the off chance you might encounter people who don't understand why George Soros and Monsanto might want the Ukraine....

The official title of the tsars was "Tsar of all the Russias", meaning primarily 'Great Russia' (Russia), 'White Russia' (Belorus), and 'Little Russia' (Ukraine). That is the heart of the Slavic Orthodox world and Ukraine is the breadbasket of that world. The Ukraine could feed everybody from the Volga to the Atlantic and that in fact was Hitler's plan; the idea was to build a super-gauge train to haul foodstuffs from Ukraine to Europe and, as I read it at least, to get Western Europe pretty much out of the food business altogether.

Early plans for routes considered India and Vladivostok as the ultimate goals of the railways, but by 1943 the planning was focused exclusively on European cities.[1] Ukraine and the Volga Basin were seen as especially important targets, as these areas were viewed as the future granaries of the Nazi empire,[1] potentially through the "settlement strings". orSiedlungsperlen of the proposed Wehrbauer settlements within the conquered Lebensraum territories, which would also be linked by the planned easternmost reaches of theReichsautobahn freeway network.[5] 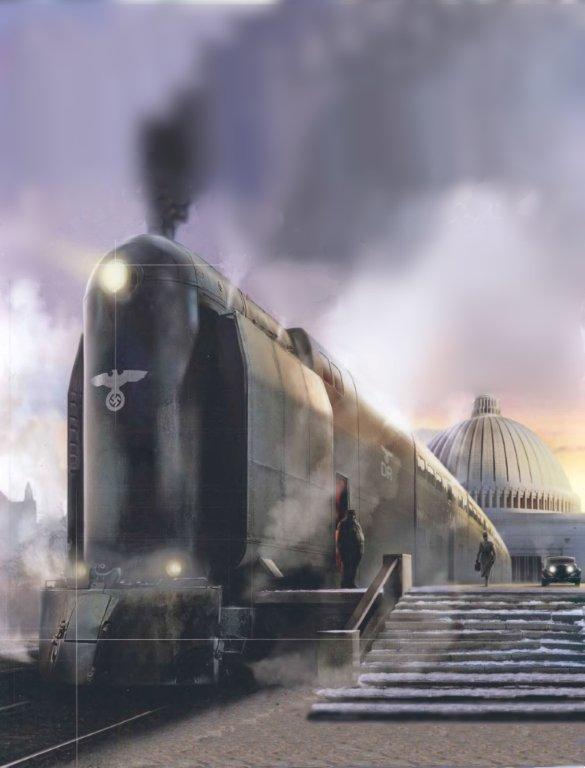