Apparently John's family's boat only went from Vietnam to Malaysia - the UNHCR resettled them in Australia 9 months later. By plane.

We live in the remote wilds, can't we have some individuality?

0 Replies
1
Reply Wed 14 Aug, 2013 04:39 pm
A big night on Wednesdays on ABC Gruen Nation, The Hamster Decides and the last ep of Wednesday Night Fever (all three have an election focus)

Significant for me was the appearances of Bob Katter and Clive Palmer in Hamster and WNF - mercilessly taking the piss out of themselves. It was actually hard not to like them - Palmer in particular (wish I could find it on youtube, maybe later)

POLITICAL hopeful Clive Palmer has made a cameo appearance on a television comedy show, light-heartedly spruiking his value as Australian prime minister.
"I would make an excellent prime minister, and in time, a good and a just emperor," Mr Palmer said in a sketch on ABC's Wednesday Night Fever.
Seated at a table covered in wine glasses at the "Palmer institute of world domination", the ever-jovial billionaire businessman said his political foray was serious.

"I only invest my money in top ideas, like engineering dinosaurs, building the Titanic, for love and peace and a better future for those who come after me."

Mr Palmer then broke into song, slipping in references to "quiche-man Kev" and "rissole rabbit".

A compere later said Mr Palmer writes all his own material.

In front of an audience he indicated he wasn't 'the suppository of all knowledge'.

Referred to his party's female candidate in an electorate as having 'sex appeal' (as opposed to having a firm handle on policy and a dedication to serving her community, sigh)

Said he wouldn't support marriage equality legislation because it was a 'fashion of the moment'.

"This campaign is now going to be about a choice between a 20th century man [Abbott] and the future [Rudd]," a senior ALP strategist said.

And this gets to the crux of what the latest Gruen Nation identified as the opposing strategies of the main camps.

ALP/Rudd want it to be about 'personality' who do you like more, Rudd or Abbott. LNP want Abbott out of the picture completely (or as much as possible) - their first ad is 'lubing us up for later negativity' doesn't mention Abbott until the last few seconds. They will focus relentlessly on the govt's 'failings' - rather than their own solutions.

Ever wondered what News Corp editors are thinking? We’ve put together this handy translation guide for recent headlines:

Translation: If we had a picture of Rudd playing the fiddle against a backdrop of western Sydney burning we would have used that instead

3. “Jobs fall a blow to Rudd” and “Rudd wrong as QLD jobs jump” (The Australian, 9 August)

Translation: Whether the jobs figures go up or down, Rudd is bad

Translation: Trust him: His political slogans are our front-page news

Translation: Our readers are over 50. They’ll get it.

Translation: Rudd government gives $20m to aged-care facilities in Sydney’s Muslim and Lebanese Christian communities – but as they’re Lebanese, we will refer to them all as Muslim

8. “Opposition gets to crunch the numbers” (Adelaide Advertiser, 12 August, on the Pre-election Economic and Fiscal Outlook, PEFO)

9. “More volatility ahead for budget: PEFO” (The Australian, 13 August)

Translation: The budget forecasts are exactly the same as they were in the previous economic statement

Translation: Listen to us bang on about how terrible the economy is until this government is voted out

Translation: Good riddance, weakling. **** is about to get real.

0 Replies
1
Reply Mon 26 Aug, 2013 09:10 pm
The lefty momentum against Abbott and Murdoch is picking up a bit - not sure how much real force it will have in the electorate but right now I'm thinking a hostile senate is the best bet for the country.

0 Replies
1
Reply Mon 26 Aug, 2013 09:11 pm
Coalition floated the idea of buying old boats from Indonesian fisherman so they wouldn't be used to send refugees to Australia

These guys went overseas and tried to sell the Abbott broadband plan to consumers - they were laughed at. Sometimes we forget why the NBN was a vote winner.

Although given how much crap is flung at him on the interwebs it's easy to understand why he doesn't want it any easier to get access.
0 Replies
2
Reply Wed 28 Aug, 2013 03:18 am
Apropos comment

David Pilling, Asia editor of the Financial Times, begins his column on the economic context of the choice between “an unlikeable narcissist” and “an unpopular misogynist"
0 Replies
2
Reply Thu 29 Aug, 2013 05:36 pm
A guide to Australian politics and parties for non-Australians and also Australians too.
Posted on August 21, 2013

An American friend of mine expressed how confusing he found Australian politics and political parties. Therefore, I have produced this handy guide to our major parties that will be useful for Australians and non-Australians alike.

Background: how Australian government works (sort of)
Every three years, a bunch of politicians get together and everyone kind of yells at each other and says the same three words for ages. Then elections are held and whoever wins a seat is rounded up into a big paddock we generally refer to as ‘Canberra’. Then they continue to yell at each other.

We have preferential voting in Australia, which means that people develop the useful mindset of voting for the parties they least hate first, and the ones that hate most last, in a numbered list of candidates. Here’s a webcomic of this is in action featuring a sentient koala.

To win an election, a party has to win the most seats, and either form government in its own right or form a coalition minority government. We do not directly elect the Prime Minister of Australia but the party who wins government decides this by ritual of skolling schooners of beer. Therefore by extrapolation of data our best PM ever was Bob Hawke, once a world record holder for such talent. 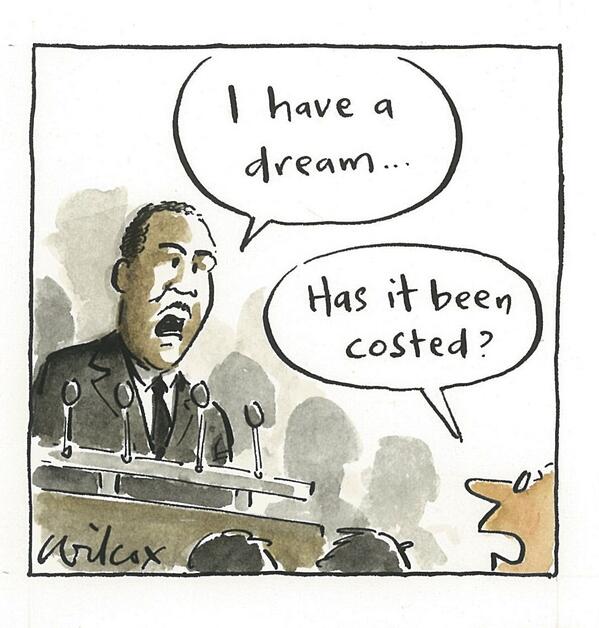