Fellow Bostonians: How many of us wished we had an assault weapon last night?

Forums: Politics, Boston, Get A Shotgun, News, Repub-Tardation
Email this Topic • Print this Page
4
Thu 8 Dec, 2016 07:42 am
Get over yourself Baldimo. Sure, I am biased. I have opinions. I own them. I don't have a problem with that.

I am responding to a couple of people who are posting random, irrelevant and ridiculous propaganda posters on my thread about my feelings after a terrorist attack that happened in the community where I live.

I was a few miles away from the Boston Marathon Bombings. I know people who were there (I don't know anyone who was injured). Several days later I was told by police to stay inside and lock the doors because there was a active shooting scene. I was in Cambridge at the time, the town over from where the younger terrorist was caught. Watching TV on that day, I knew all the sites... I have been at the gas station on Memorial Drive where the hijacked guy made a run for it. When they posted the grainy photos of the bombers... my kids recognized them from school. My son was in a high school class along with one of the bombers.

This happened in the place where I live. I started this thread over three years ago to give my feelings about this terrorist attack, and specifically the use as a political device for a cause I disagree with.

I started this thread for people who lived in a community that suffered a terrorist attack in an area that was, and still is, in favor of fairly strong gun control. Angel and Frugal are here to push a random, ridiculous, over-the-top pro-gun message. And you seem compelled to defend it in spite of the circumstances.

Back to your original question - do you even know what an assault rifle is? 1 Reply
2
Fri 9 Dec, 2016 11:30 am
@McGentrix,
Not really McGentrix. Antonia Okafor isn't being cast in the strong role protector. The White gun adds show strong White men protecting their families. I would love to see a strong Black man or women being cast in this role in these adds.

It is an interesting role she is casting herself in; But she is in the role of a person who is herself under threat.

This doesn't correspond to the White defender fantasy in the other ads.

1 Reply
2
Fri 9 Dec, 2016 11:41 am
@maxdancona,
I was thinking something more along the lines with this... but maybe with some cute kids for them to be protecting (I looked for a bit, but couldn't find one with kids).

You can ask Frugal if he feels as warm and fuzzy when the men holding the guns are Black instead of White. I suspect that he doesn't.

1 Reply
0
Fri 9 Dec, 2016 02:29 pm
@maxdancona,
Unlike Maxdracists, I could care less what a persons skin color is.
If you are a law abiding American citizen, you have the right to bear arms & protect yourself & family - PERIOD.
1 Reply
3
Fri 9 Dec, 2016 02:40 pm
@Frugal1,
If you don't care what a person's skin color is, then can you simply post one of those pictures of a big strong man defending his family with a big gun that features a Black man, or a Muslim man?

Don't you think it is a little strange that all of your silly propaganda pictures are pale (given that you don't care about color).

Can you find even one that features a Black or Middle Eastern man (or woman), not in the role as a potential victim, but featured as a proud defender of his wife and children? (I looked... and I couldn't find one).

3 Replies
0
Fri 9 Dec, 2016 02:46 pm
@maxdancona,
Why are you hung up on what color a person's skin is?
You must be one of those liberal white supremacists everybody is worried about.
1 Reply
2
Fri 9 Dec, 2016 02:49 pm
@Frugal1,
You are the one posting the silly propaganda on a thread where they don't belong. I am just commenting on the racial purity of your posts. You don't see color in your posters. I don't see color in them either. That's because there is no color there to be seen.

I am still waiting for you to find something that disproves my point....

0 Replies
0
Fri 9 Dec, 2016 02:51 pm
@maxdancona,
It most likely has something to do with their target audience. That's what advertisements do, they target an audience. It's the same reason you won't a pencil thin white boy advertising for the NAACP.

Can you find even one that features a Black or Middle Eastern man (or woman), not in the role as a potential victim, but featured as a proud defender of his wife and children? (I looked... and I couldn't find one). 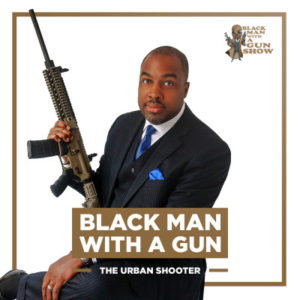 I do have a problem with radical gun culture. The implicit racism tied up in these fantastic gun fantasy posters is undeniable.

Not all gun owners are nutjobs. But these posters are ridiculous. If people feel compelled to post them completely out of context on only marginally related threads, then I am going to express my opinions about them.

Do you somehow think that only white people have or enjoy guns? I don't see how racism is involved other than your desire to find it.
0 Replies
0
Fri 9 Dec, 2016 03:04 pm
@maxdancona,
The radical gun culture is the lawless culture that is responsible for so much carnage in this country, and Mexico. The strange thing is that the members of this lawless culture are the people 0bama and his democrats shield & protect.

Do you have a problem with 0bama & the democrats shielding & protecting the lawless?
1 Reply
1
Fri 9 Dec, 2016 04:31 pm
@Frugal1,
Exactly which people are you talking about that are responsible for so much carnage in this country and Mexico? Please be specific about who you think is causing the carnage.

I am going to bait Frugal into saying something that is blatantly racist; to show that he thinks that White people should be given more privileges in the United States because they are American in the way that Latino Americans, or Muslim American or African Americans aren't. And, that White culture is under threat in a way that other cultures aren't. I don't think that this is very difficult.

Then I am going to turn back to McGentrix who will at this point be in a very difficult position of having defended a point of view that is more extreme than he is truly comfortable with. Strangely enough, this will answer the question that McGentrix posed in his last post... but I will let this play out as it will and it will amuse me.

McGentrix is here defending the ridiculous part of gun culture that was inserted into a thread where it doesn't belong... there isn't much I can do about this other than to enjoy this as sport.
1 Reply
-1
Fri 9 Dec, 2016 04:53 pm
Wow, that's some potent Kool-Aid you are swilling.
It beats dealing with your inner demons, you being a racist and all.
0 Replies