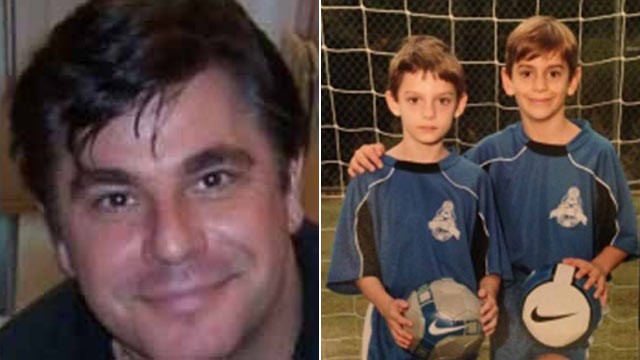 The search continues for Benjamin and Henry Cleary, two young brothers who have been missing for five days from the greater Atlanta area.

Benjamin, 9, and Henry, 7, had plans to leave with their father, Daniel Cleary, on an overnight trip to Chattanooga, Tenn., on Dec. 22. When they failed to return as scheduled on Dec. 23, their mother, Theresa Nash, who does not live with the boys' father, went to his house to check on them, only to find the phone disconnected and the house empty.

Nash last saw her sons Dec. 22 at their father's home, she told ABCNews.com. When she returned to Cleary's home, she found all his belongings, including computers and televisions, gone. The National Center for Missing and Exploited Children issued an Amber Alert for the boys, who were supposed to have been returned to their mother last Sunday.

"There is a court order for them to contact me every day," Nash told ABCNews.com. "When I hadn't heard from them, and their father's phone was turned off, I went to their father's house to see if they were there. The house was cleared out as if they had moved."

Nash called Cleary "unstable," and said he had only been using cash since the boys went missing. Police said they had not found any charges on his credit card.

"He's smart enough to know that if he uses a credit card he's going to hit the grid," Lt. James McGee, spokesman for the Roswell, Ga., Police Department, told ABCNews.com

McGee said the police also knew that Cleary had recently purchased a gun. (A license is not needed to purchase a gun in Georgia.)

"We don't believe they [the boys] are in imminent danger, but as time goes along and people's mind-set changes, and with the introduction of the weapon, we definitely want the kids back as soon as possible," McGee said.

Cleary, 46, and his sons are believed to be traveling in a silver 2002 Jeep Grand Cherokee bearing Georgia license plate number 10742627. The boys are believed to be wearing light-blue winter vests and Nike sneakers. Cleary is 6 feet tall, weighs 240 pounds and often wears a baseball cap.

The three were spotted Friday at a Walmart in Jackson, Tenn., McGee said.

"They [Benjamin and Henry] are outgoing," Nash, their mother, said. "They are very aware of the danger, and they will probably appear upset. They will be stressed, they will be crying."

Anyone with information on Cleary and the boys' whereabouts is asked to call the Roswell Police Department at 770-640-4160.

"They've been begging for an Xbox 360 for Christmas, and Santa brought them one so they need to come home because it's waiting," Nash said.

Oralloy, let them go, it'll go better for you in court if you do that.

You should be ashamed, and so should whoever gave you a thumbs up. Topics like this do not deserve you turning them into a circus.

That said, the boys have been rescued by police: