Forums: Humor, Desparate-Measures, Political Un-Humour, U S-Politics, Us-Politics
Email this Topic • Print this Page
Reply Sat 17 Nov, 2012 08:29 am
ATTENTION PATRIOTS!!! We found a way to get Obama out of Office Before the Election Certification Deadline. Please share this with everyone! http://www.Facebook.com/BreakingObama

Please copy ‘n paste this as far and wide as possible!! And then make some phone calls. This election does not get decided until Mid-December when the Electoral College cast their votes.

According to Article II of the U.S. Constitution AND the 12th Amendment - if 1/3rd of the States do not cast their votes in the Electoral College -- then the matter falls onto the House of Representatives to choose the President. In other words -- if we pressure Congressmen, State Party Officials, and groups such as Tea Party Patriots, Heritage Foundation, etc., to call on RED States to NOT have their Electors cast their vote --then the House of Reps CAN choose the next President!!!!!

The democrats are stealing this election and it is up to WE, the people, to put the hammer down on their widespread vote-fraud. The founding-fathers gave us the Electoral College for several reasons. Vote-Fraud is one of those reasons. But it is up to us to hold tightly to the Constitution. If we don’t – then we are just as guilty as those who would ignore it.

The Constitution can stop the socialist machine in its' tracks. But it is up to YOU to get on the phone and make some noise. Please call your State Party Officials, your Congressmen, and any political groups or organizations ASAP.

WE do not elect the President. The Electoral College elects the President. But if enough of them do not cast their vote -then the responsibility falls onto the House of Representatives to choose the next President.

MAKE THE CALLS!!! If just 17 RED States agreed to NOT cast their votes in the electoral college – then it goes to the House. And if pressured - they just might do it.

We do NOT have to convince ANY democrats – at all.

All we have to do is convince 1/3 of the States to NOT cast their electoral college votes.

Well more than 1/3 of the States did in fact vote as RED States. And they too can see the obvious, wide-spread vote-fraud which has taken place.

In every State, each political party chooses its' own “electors”. Then, whichever party wins the popular vote in each State is the party which gets to have its' electors cast their vote in the electoral college.

However, according to the Constitution and the 12th Amendment, in order for the Electoral College to have a quorum - then at least 2/3rds of the States must cast their votes.

As stated in the Constitution and the 12th Amendment: “A quorum for this Purpose shall consist of a Member or Members from two thirds of the States,”

So, if 1/3 of the States (17) do NOT cast their electoral college votes - then it goes to the House of Representatives (not the senate) to elect the next President.

you guys could take the next four years and try and get a real candidate
0 Replies
2
Reply Sat 17 Nov, 2012 10:37 am
The portion of Article II, Section One of the constitution which deals with the manner in which the President is elected (third paragraph) was superceded in its entirety by the Twelfth amendment. This is the text of the twelfth amendment, in its entirety:

The President of the Senate shall, in the presence of the Senate and House of Representatives, open all the certificates and the votes shall then be counted;

The person having the greatest Number of votes for President, shall be the President, if such number be a majority of the whole number of Electors appointed; and if no person have such majority, then from the persons having the highest numbers not exceeding three on the list of those voted for as President, the House of Representatives shall choose immediately, by ballot, the President. But in choosing the President, the votes shall be taken by states, the representation from each state having one vote; a quorum for this purpose shall consist of a member or members from two-thirds of the states, and a majority of all the states shall be necessary to a choice. And if the House of Representatives shall not choose a President whenever the right of choice shall devolve upon them, before the fourth day of March next following, then the Vice-President shall act as President, as in the case of the death or other constitutional disability of the President.

There is absolutely no mention of one third of the states failing to cast their electoral votes. This guy is peddling rightwingnut bullshit. 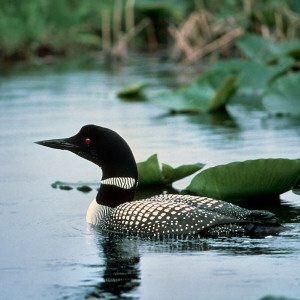 this is largely a pro-Obama crowd...