The ignorance of the average American voter was forever etched in stone when they elected
Obama, but I forgive them and I'm willing to move forward with Romney and Ryan.
0 Replies
3
Reply Mon 22 Oct, 2012 06:07 pm
@H2O MAN,
The funny thing is the only threats of armed insurrection I have seen are if Obama is reelected.


The promise of violence if Obama loses is emanating from Occupiers,
The New Black Panther tea club and other radical left wing entities.
If the flames are lit they will be fanned by the Obama media.
2 Replies
3
Reply Mon 22 Oct, 2012 06:17 pm
yes


i will quiet riot

break out the hair spray
0 Replies
2
Reply Mon 22 Oct, 2012 06:23 pm
@H2O MAN,
Has Rush told you what to do if Romney wins the popular vote but loses the Electoral College vote?
Will you protest on the EC's campus?
1 Reply
1
Reply Mon 22 Oct, 2012 06:32 pm
@realjohnboy,
You must be a psychotic, I was just listening to RUSH and the song
reminded me how I would have liked to have seen them in concert.

Response to any left wing whack job looting & rioting will be swift and decisive.

Fix bayonets, we shall give no quarter.


Stupid vs a one man army with high tech tools. But then no one could truthfully claim you were smart.

After all voting in general for someone of your limited faculties requires actually having to try to get off your fat ass and waddle to the local polling station, force an energetic nerve response or two out of that tub of lard you call your head, and wrap your pudgy fingers around a punch card pen.

That in itself could be pretty dangerous considering it could induce a stroke and leave you a pile of inert, unthinking pile of polysaturated ectoplasm. 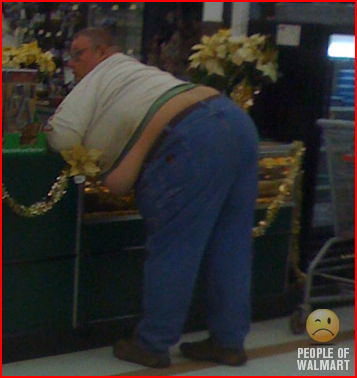 Rap
0 Replies
0
Reply Sat 3 Nov, 2012 11:48 pm
Some of the right-wing blogs have posted series of tweets from folks who quite explicitly call not only for riots, if Romney is elected, but assasination as well.

I suspect that some, but not all and not the majority either, of these tweets were made by right-wingers, and I appreciate that there are plenty of morons in this country who post all sorts of outrageous things on the internet without any intention of carrying them out.

That being said, the argument that only right-wingers are threatening violence based on the results of this election is clearly absurd.

I do think though that thanks to the efforts of liberal pundits and activists to frame an Obama defeat as the indisputable result of racism , that we could easily see civil unrest in our major cities if the president loses.

It's sadly crazy, but we all have become accustomed to mayhem breaking out from the victory of a sports team, so why should it surprise us if we were to see the same when a large group of people are disappointed, and led to believe that they were cheated?

As in the past, these riots are never sustained by the righteously angered (albeit deluded) and they harm the communites in which they occur far more that the shadowy villans the rioters fantasize as their enemies.

Supposedly, liberals are all about peace and love and if you ask them, their compassion and civility sets them apart from their conservative enemies, and yet should Romney lose, you can bet your house that there will be no riots. How many in this forum are willing to make the same bet but predicated on Obama losing?