Beat you to it, oralloy.
And saved Izzy from having to respond again.
My goodness, David, you're like a dog with a bone!

Persistence is among the elements of my character, Olga.

I have no problem with the fecundity of Arab, I merely acknowledge it and, frankly, laugh at you attempting to introduce into this discussion the birth rate of Haredim. Allow Arabs the right of return and their birth rate will overwhelm that of Isarelis, no matter the individual faction.

If fecundity, in and of itself, were truly of interest to you, I find it laughable that you'd readily dismiss its mention in regard to other populations.

You’re not merely acknowledging it when you use it as a concern that the Arabs in Israel will overwhelm the non-Arab population there. You’re stating your bigoted fear thereof.

That the birthrate of the Arabs will overwhelm that of the non-Arab Israelis isn’t dependent on the Palestinian’s Right of Return. At present rate the Arab-Israeli birthrate will eventually lead to an Arab-Israeli majority in Israel anyway.

You are for the Righ of Return which by any analysis means the end of the Jewish State of Israel.

If that's what you are for why won't you simply say so?

I’ve stated many times that the “Jewish State of Israel” should not exist because for it to do so it must oppress and discriminate against the Palestinian peoples necessarily and perpetually. No state should be based on the oppression and discrimination against any people.

Should Israel come to be governed by Palestinians, first of all it will no longer me Israel...a Muslim Arab majority will change the name in an instant.

Secondly it will become yet another Arab state and populate by dyfunctional Palestinians for who generationa have grown up with hate and anger.

It will quickly becaone another failed state like Syrai, Lebanon etc.

This is merely bigoted conjecture, and your concern for logomachies is illustrative of the shallowness of your argument.
0 Replies
1
Reply Mon 17 Sep, 2012 08:59 am
Imminent Iran nuclear threat? A timeline of warnings since 1979.

Imminent Iran nuclear threat? A timeline of warnings since 1979.

They get closer and closer all the time. We definitely need to bomb them before they get nukes.

It would also be good to bomb them before their plutonium production reactors start operating. Otherwise we'll see multiple meltdowns in Iran, and all of them worse than Chernobyl.
1 Reply
0
Reply Mon 17 Sep, 2012 11:23 pm
@oralloy,

Imminent Iran nuclear threat? A timeline of warnings since 1979.

They get closer and closer all the time.
We definitely need to bomb them before they get nukes.

It would also be good to bomb them before their plutonium production reactors start operating. Otherwise we'll see multiple meltdowns in Iran, and all of them worse than Chernobyl.

As an American, and especially as a New Yorker, I must agree.

In any event the fascists in Israel and the Mullahs in Iran feed off each other.

Persistence is among the elements of my character, Olga.

That can be an admirable quality, Dave, but not when you use it to advance stupidity - as is your wont.
0 Replies
1
Reply Tue 18 Sep, 2012 01:49 am
@roger,
The ironic thing is that in an ideal world, Iran would make ideal allies, the character of the people is far more modern and forward looking than many in the gulf. The Mullahs are really unpopular, and with the trouble in Syria they're starting to lose influence in the region.

The next pro-Democracy protests could be successful, but all of this would change in an instant were Israel to launch a strike. The Mullahs would be safely in place for another ten years at the very least.
1 Reply
1
Reply Wed 3 Oct, 2012 08:26 am
The sanctions are starting to bite.

Riot police in Iran have clashed with protesters in the capital over sharp falls in the currency, the rial.

Tear gas was used to disperse the demonstrators, some of whom were setting fire to tyres and rubbish bins. There were many arrests, reports say.

Eyewitnesses told the BBC that scores of people gathered outside the central bank, calling for the governor to stand down, chanting anti-government slogans.

The rial has plummeted to record lows against the US dollar in recent days.

It has, Benny, just as it had a moral right to stop the Nazis from attacking other sovereign nations. You've been making up false stories for years. Give it a rest!
0 Replies
2
Reply Wed 3 Oct, 2012 10:47 pm
@roger,
Well let's consider the equivalence you suggest:

On the one hand we have a tyrannical theocracy the leaders of which constantly rant about the destruction of Israel, and who are actively seeking the means to accomplish such a goal.

On the other hand we have the only democracy in the region, who have nukes (and no one is the least bit afraid they will use them as a first strike option) whose people have a history of paying the price for the world ignoring nations rhetoric about eliminating them.

Israel knows only too well that they cannot rely on any nation (including the US) for their continued survival, and with Obama as the president of the US, their reliance is that much more tenuous.

They know pogroms and the Final Solution far more intimately than the rest of us, and they have every reason to believe such atrocities can happen again; in the here and know.

Clearly a unilateral strike on Iran is highly problematic for them or they would have already launched it, but they can only wait so long before they have to commit to action.

Unfortunately Obama's assurances that his Administration is more supportive of Israel than any others before it is seen as hollow by Israel...as it should be.

Here is what happens if Iran gets nukes: The region becomes a nuclear tinderbox with both countries trying to anticipate when the other will launch their nukes. It will be the Cuba Missile Crisis squared.

Only this time someone will blink and millions of people will die.

Sadly, there is no shortage of folks who will, even after such a catastrophe, be trying to cast blame...and largely on Israel.

On the one hand we have a tyrannical theocracy the leaders of which constantly rant about the destruction of Israel, and who are actively seeking the means to accomplish such a goal.

Lies, lies, nothing but lies from scumbags like you and your perfidious governments. Who pays for these lies? The innocents of the world.

The US has killed or caused to be killed some 10 million people and assholes like you have the temerity to open your ugly gobs to lie some more.
0 Replies
2
Reply Thu 4 Oct, 2012 09:11 pm
@izzythepush,
What is it with this affectation for calling Iranians "Persians" that you share with Setanta?

Is that the hip way to decribe them. 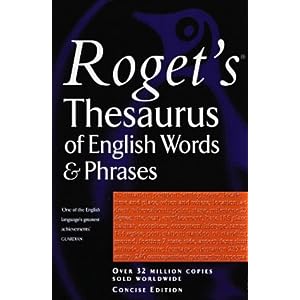 What is it with this affectation for calling Iranians "Persians" that you share with Setanta?

Is that the hip way to describes them.


It certainly only describes 2/3 of the population (but Persian is at least the official language).
0 Replies