Lets all play nice and have a toys for tots marathon, I’m getting Setana a new GI Joe doll.

The cash usually falls on them n thay scream n call u a terrorist, but thay like it.
That surprize only works 1ce. Chicks like gold n tasteful jewelry.

I 1ce gave a good friend a $1O Gold piece, minted in the year of his birth.

That surprize only works 1ce

But I bet it's fun to watch them look for it expectantly the next time.

Set, I've used "whom" correctly on more than one occasion. I never got three exclamation points.


OK, sulking over. You're a good kid.

That surprize only works 1ce

But I bet it's fun to watch them look for it expectantly the next time.

U then need a better surprize.

I'm having just a little trouble coming to terms with the idea that every kid from the Bronx born in November knows about objective pronouns. As I wrote that, I pictured myself playing on the stoop. Oh, dem Bronx memories. If you got a stoop, you got hours of fun. 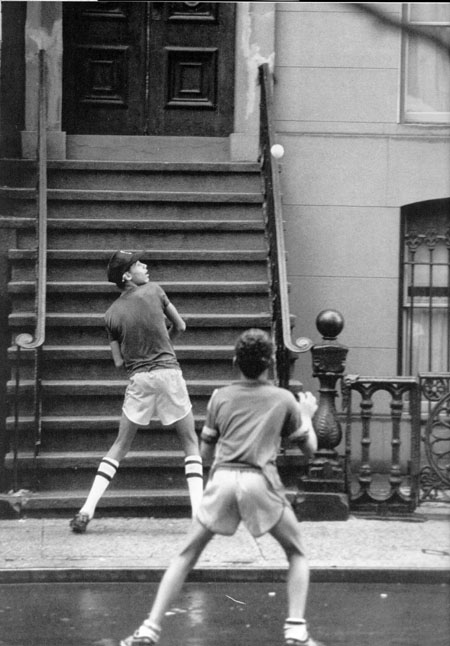 1.)I love this thread and Setanta for making it.

Setanta helped me ALOT on my '1950,s/Cold War' thread and I made a 98 A on my test for American History!! WooHoo! I never thanked him and everyone else who shared stories there because I haven't read the thread in awhile so I guess now is the perfect time. THANK YOU!!!
2.) edgarblythe is awesome because he's the last person that followed me. And he's a good writer and he's super interesting.
3.) I love Eva because she was the first and only person to answer my first thread on a2k. And she's sick, so get well Eva!!
4.) I think Roberta's awesome because she's smart, she skipped grades in school like me, she loves animals and she knows Spanish and she's my friend. Also, she's a good kvetcher. She knows how to complain without being annoying and that's a skill I haven't mastered yet. I'm learning though, so I'm watching her closely. Plus, she says I'm a good kid. I like that.

5.) I like djjd because almost everytime I've seen him post in one of my threads he says something funny.
6.) I don't really know Walter Hinteler but his first post in this thread was funny.
7.) I've seen wandeljw around and he's always nice to me so he's cool.
8.)I don't know rosborne979 that well but I remember s/he answered a question that I had about eye colors changing. And I thought her/his answer was really interesting.
9.) I love jcboy and MMarciano because they're hot and funny and really really nice guys and they're an awesome family and I hope they stay together forever. They're awesome.
10.) I like Ragman and Reyn because they're nice guys and they're my friends. They're really cool. Plus, they both follow me! Enough said.

11.) wayne's cool because he's really awesome and he seems like such a cool guy. I've never seen him get angry or annoyed.
12.) I like ehBeth because I think she's super smart and she's nice. I liked her old avatar better though but the one she has now is cool too. she's awesome.
13.) mismi is the awesomest because she's super sweet. Her avatar makes me smile and she said I could call her Missy. Oh! And she jokes about her big butt and I think that's hilarious.

14.) Rockhead is sooo funny! He has a cat named stinky.

He's a nice guy and I love people who make me laugh so Rockhead=Awesome.
15.)I think OmSigDavid is okay even though he's annoying sometimes. He's a nice person just a little weird but we're all weird sometimes so that's okay.

17.) I find Fido weird but interesting nonetheless.
18.) dlowan's awesome. I think she's really funny even when she's being mean. I like talking to her on the 'Last Word' thread. Plus, she sooo missed me when I was off celebrating Thanksgiving. She's cool.

19.)I don't really know Green Witch but I've seen her around and I like her. She's smart and she's a WITCH! Soo, that's pretty awesome. I think she's great.
20.) Linkat and Letty are both really really nice. I talked to Letty on her birthday thread and she was really nice. I used to see Linkat around alot when I first joined. She's a nice person too.

Okay! So I just said like, 2o nice things about people so obviously, I'm the nicest person here! Haha! j/k

Do I win Setanta? I played the nicest, huh?