Forums: Food, Fast Food, Mcdonalds, Mickey Ds
Email this Topic • Print this Page
1
Reply Thu 20 Oct, 2011 08:29 am
It'd been thirty years or so for me too, JoeNation, until my recent stop there with a friend. I don't hate McDonalds, am good with their being food choices of many sorts for all, but therein lies the problem. In so many instances, and for quite a while in so many neighborhoods, it's been hard to find other kinds of places, from Mom and Pop diners to relatively healthy restaurants, or even stop the car fast food places that serve healthier fare.

Driving highway 5 from the San Fernando Valley to northern California used to be a case in point - not sure if it is still the same since it has been about ten years since I've driven that.

I used to go to Burger King once a month or so for a fish sandwich - but I've only done that once in my years in Abq. Yucko, I think fish sandwiches are very different here. Very different, concrete encrusted fish dreck. But I've railed about fish in Albuquerque before and have learned to avoid it except at the very best restaurants, blaming myself for my ignorance about far inland food in contrast to a lot available on the coasts. It's obvious what wouldn't be the best food available here - she says to herself - and there are a lot of other foods to enjoy in New Mexico, even a moderate amount of Mom and Pop cafes.

for burgers I pick smaller local places. There is a place here called Frans. Enough grease to stop your heart and anyone else who is sitting next to you...but the meat is AMAZING and the buns are awesome. Totally worth the 6 bucks.

If i spent 6 bucks at McD's i would be disappointed too
0 Replies
1
Reply Fri 21 Oct, 2011 06:12 am
@edgarblythe,
Yeah I have eaten McDonald Burger . But I wish that McDonald offer their burger meal with some caviar sea food. thus I can found a great ways to eat caviar . if it happens it would be a great taste for me.

what you think.
1 Reply
4
Reply Fri 21 Oct, 2011 06:50 am
@arash010,
What do i think? I think you should study English assiduously.
0 Replies
1
Reply Fri 21 Oct, 2011 11:44 am
I like the McCafe in McDonald´s. They are not every where, but when I see one and it fits I do like to have my coffee there and read a paper.
0 Replies
1
Reply Sat 22 Oct, 2011 11:12 pm
Yes I do. I like their Double Cheeseburgers, McDoubles, fries, salads, sundaes and cones. I go their once in awhile when I Have time. Unfortunately, not all restaurants prepare their food the same way.
0 Replies
6
Reply Sun 23 Oct, 2011 05:40 pm
I am typing this sitting at a table at the downtown Hilo McDonald's on Kino'ole Ave. (corner of Haili St.) in Hilo, HI, because the place offers free wi-fi. They don't even check to see if you actually ordered something to eat or drink at the counter or just walked in off the street with a laptop under your arm. There are three or four other people on line here right now, just like me. That's a low number; usually every other table has a customer with laptop or tablet or something similar in front of them.

Couple of things. First, this McDonald's is fast becoming THE internet cafe in town. It's where you go when you're like me and consider Starbuck's just too damn' pretentious. (Besides, in my case Starbuck's would be a much longer walk from my digs.) After a while you get to know the 'regulars', the other people who don't have a decent Internet connection at home or who just like the noise and cameraderie of a social atmosphere.

Second -- and this shouldn't come as so much of a surprise, I guess -- I've lately noticed that McDonald's seems to be the most popular restaurant in town. People visiting from the mainland or one of the other islands will sometimes ask for a recommedation of where to dine, adding, "Where do the locals go to eat out?" They expect me to recommend some Polynesian dive where the food is truly 'native style' and ukeleles are strumming away. I invariably have to tell them, "The locals mostly favor McDonald's." And it's true. You see every socio-economic and ethnic group in here from 5 a.m. to closing time at 11 p.m. You see street people who've gotten one or two dollars together somehow, ordering a Quarter-pounder (@ $1) and a small soft drink and you see people in designer Aloha shirts (starting at $50 in shops along Front Street aka Kamehameha Ave.) gobbling down McDoubles with Cheese and large root beers @ $6-and-change, replete with the standard large order of french fries.

Hilo is the second largest city in the state, after Honolulu. But it's still a small town by any mainland standard. There are maybe 20 or 30 restaurants scattered throughout the downtown area (if you include all the fast-food joints, diners, cafes and delis). A couple of them -- Pescatore's and the Cafe Pesto -- have some pretension to being high end and cater mainly to tourists, of which there is a great dearth in this largely blue collar town. You don't have to make dinner reservations at any of them; there are always empty tables. But, strange as it seems,McDonald's is the one where you're likely to run into everybody you know, if you just hang around long enough, A2K-ing or doing whatever you do with your little portable on wi-fi.

I virtually never eat here. But the coffee's every bit as good as Starbuck's. (I know, I know. That ain't saying much. But for .72 cents senior price for a 12 oz. cardboard container with unlimited refills, it ain't half-bad.) If you ever happen to be in Hilo, drop in and see me sometime. I'm the guy with the beat-up old Sony Vaio that's missing two letters on the white keyboard.

Is it true that McD's sells spam burgers in Hawaii?

Some of our McD's serve "Seattle's Best" coffee for a buck a cup. It's the best deal in town.
1 Reply
1
Reply Sun 23 Oct, 2011 06:50 pm
@boomerang,
I haven't seen any Spamburgers on McD's menus here. But you can certainly get Spam on your pizza at the Pizza Hut or Domino's. Very popular here. You can hardly find a cafe that doesn't give you Spam as a meat choice on its breakfast menu. Either that or Portuguese sausage. Large group of Portuguese-Hawaiians here.
0 Replies
1
Reply Sun 23 Oct, 2011 07:12 pm
I liked it when I was a teenager. Now, the only thing I ever order is an egg mcmuffin. Oh, and the hash browns are greasy but tasty. They only serve them in the morning and I'm rarely out looking for a quick food fix in the morning. I used to take the girls there for lunch when they were smaller. They loved it - M still loves it. It's the only place we ever went that didn't tempt me to eat crap just because it was in front of me.
0 Replies
1
Reply Mon 24 Oct, 2011 07:31 am
So I had a McD's cheeseburger yesterday. My daughter had 3 basketball games yesterday and after the last one she was starving - the closest place McD's. I didn't want to fill her up too much on the stuff as dinner was going to be in a couple of hours, so instead of her normal Quarter pounder, she got a happy meal - I just got a regular cheeseburger as I was starving too.

I take my newspaper with me, and usually scan through the whole paper, reading the articles that catch my eye. Sometimes, I take my tablet with me, because McDonalds has free wifi.
1 Reply
2
Reply Thu 16 Feb, 2012 03:57 am
@cicerone imposter,
What a marketing plan. Discount coffee and free wifi, and they get their tables filled with a bunch of old geezers like us.
1 Reply
1
Reply Thu 16 Feb, 2012 04:14 am
@roger,
roger wrote:

I like their bacon, cheese, egg biscuit - but maybe not every day. The plain fact is that McDonalds turns out a very good biscuit. For a brief time, they even offered biscuits and gravy. 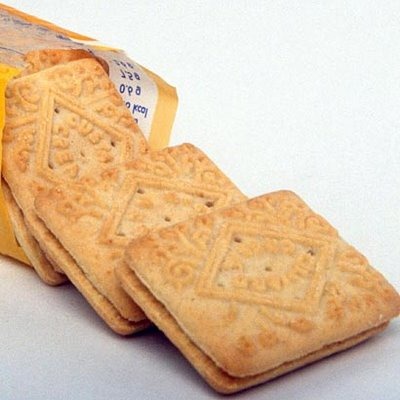