Forums: News, Hacking, Media, News Media, Rupert Murdoch
Email this Topic • Print this Page
Reply Mon 4 Jul, 2011 02:07 pm
I've a set of mixed opinions about hacking, which I figure is inevitable no matter the squawking, with a bit of hope for a kind of ethical hacking culture (who am I kidding, but I figure it's possible and may exist now, analogous to open source culture), on top of my having no clue about how hacking is done.

This article in today's Guardian is disturbing from both practical and ethical standpoints... in my view. What do you think? 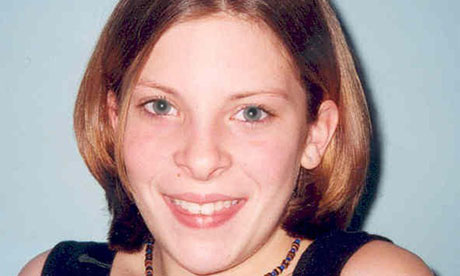 quoting the article -
The News of the World illegally targeted the missing schoolgirl Milly Dowler and her family in March 2002, interfering with police inquiries into her disappearance, an investigation by the Guardian has established.

To me, it's all yucky, but I understand an instinct to protect one's pursuit of story if one can - not that I agree with the message deleting, just saying I understand that people would do that. I see it as a human trait fouling up an important search.

Phone hacking: media reputations are at stake
With phone hacking, and social media, we must work together to uphold the highest ethical standards

We don't yet know for certain the full extent of it. Some of those alleging their phones were hacked may not be victims after all. But it seems certain that many of them were – that the same media companies targeted them.

This is one of the biggest scandals in public life for decades, and yet our response has been weak. The police have been slow to react, which may be linked to their close ties with those media companies. Sir Paul Stephenson, the commissioner of the Metropolitan police, recently said he would rather his men were investigating more serious crimes like robbery. But isn't the theft of private information still theft?

When it first became clear that the Royal Household phones had been hacked, there was no logical reason why the phones of other public figures had not also been hacked. And so it turned out.

Similarly, if the tabloids could hack phones in the investigation into the disappearance of Milly Dowler, there is no logical reason why they were not routinely hacking the phones of victims and their friends and families during other high-profile investigations.

Someone should now look at tabloid reportage of all recent murder investigations for stories which could only be from phone hacking. It was probably a commonplace.

Indeed, it would be very interesting to see if any coverage of past murder investigations quietly disappears off tabloid websites tonight.

1 Reply
1
Reply Mon 4 Jul, 2011 03:20 pm
@Walter Hinteler,
Chihuahua!
(my own term, a riff on the Cisco Kid programs of long ago in the fifties in the US) - and maybe Pancho said Ai, caramba. On the other hand, I think Mexican friends said 'Chihuahua'. Perhaps that was a local thing that imprinted on me.

I take it there is phone hacking and phone hacking.
Reading/hearing messages, one thing, and erasing them, another.
Not that I'm calm about either, but I'm less calm re the erasing.

After a chance meeting with a former News of the World executive who told him his phone had been hacked, Hugh Grant couldn’t resist going back to him – with a hidden tape recorder – to find out if there was more to the story . .

By Cahal Milmo and Martin Hickman
Wednesday, 6 July 2011/the Independent

Rebekah Brooks, the embattled chief executive of Rupert Murdoch’s News International, personally commissioned searches by one of the private investigators who was later used by the News of the World to trace the family of the murdered Surrey schoolgirl Milly Dowler, The Independent can reveal. Ms Brooks, while editor of NOTW, used Steve Whittamore, a private detective who specialised in obtaining illegal information to “convert” a mobile phone number to find its registered owner. Mr Whittamore also provided the paper with the Dowlers’ ex-directory home phone number.

The Information Commissioner's Office (ICO), which successfully prosecuted Whittamore for breaches of the Data Protection Act in 2005, said last night it would have been illegal to obtain the mobile conversion if the details had been "blagged" from a phone company.

Ms Brooks, who said yesterday she was "shocked and appalled" at the latest hacking claims, admitted requesting the information. But she said it could be obtained by "perfectly legitimate means". She faced demands for her resignation last night. ....<cont>

Tit for tat, it seems.

This is a huge political scandal in the UK, osso.
Hugh Grant managed to extract some pretty incredible (political & other) information in that bugged interview with the former News of the World executive.
1 Reply
1
Reply Tue 5 Jul, 2011 07:19 pm
But, but, but, she says.

David Cameron under growing pressure to hold public phone-hacking inquiry:
David Cameron and the attorney general, Dominic Grieve, will come under sustained pressure to hold a public inquiry into phone hacking at the News of the World and the conduct of the police investigation into the practice over the past five years. Ministers are also likely to face calls for a cross-party initiative to examine media regulation.

On a day when it appeared that a dam protecting News International finally burst, senior politicians competed with one another to condemn the company. ...<cont>

But, as much as I agree with the content of this article, I don't think it goes nearly far enough.

It is not just about standards & journalism.

It is not just news editors losing self control & succumbing to the sensational to compete with the challenges of the internet.

It is much more than that. Far more worrying (to me, anyway) is the abuse of power & influence to gain political advantage, or disadvantage depending on which side you're on. It's about powerful media owners sanctioning dubious "news reporting" to suit their own particular interests.

Yes, I'm taking about Rupert Murdoch. I do not accept that the political views of the News of the World, Fox News, News Corporation in Australia & any other countless Murdoch-owned media enterprises are simply the responsibility of editors & producers ot TV programs .... & have nothing to do with the with the interests of owner of these enterprises.

It is high time, I think, that the owner of these media enterprises was held accountable.

I won't be holding my breath!

For papers, phone hacking is a moment of truth: commercial pressures have warped ethics – and the public will want action.

Editing a newspaper at the start of the 21st century is a tough job. The concept of mediating world events to a select group of readers has been blown apart inside a decade. Reporters, writers, editors and printers are wandering round like victims of a bomb blast, enveloped in a cloud of digital dust. The profession of journalism staggers about, choking for air. Nobody knows quite what is happening. ........


....... For all newspapers, the News of the World phone-hacking scandal has become a moment of truth. It has shown how far commercial pressure from the web and from within big corporations has distorted ethics. Journalism has always tested the bounds of investigatory intrusion, but it cannot break or interfere with legal process. A law on privacy would be cumbersome and hard to police, but as the Press Complaints Commission is a broken reed in this matter, each scandal makes it harder to stave off calls for legislation. Such legislation would be a bad idea.