Forums: Art, Painting, Sculpture, Least Favorite Art, Least Favorite
Email this Topic • Print this Page
2
Reply Mon 21 Feb, 2011 10:14 pm
@tsarstepan,
Just in the last week or two, there was some vandalism here to an outdoor sculpture of a cactus that some at risk students, teens if I remember, made in a class here where there was a grant made by the state (I should really look up the article) for the artist, and materials and tools. Those sent from Parks and Rec to check it out threw it away..

ok, now to look for the article to back up my memory -
well, this explains it better:
http://www.krqe.com/dpp/news/environment/city-workers-trash-$50,000-art-piece


Adds, I'd better add that this is NOT art I hate. Just mentioned it in relation to art being trashed in error.

1 Reply
1
Reply Tue 22 Feb, 2011 12:20 am
@ossobuco,
The best way to understand - and be relatively confident in categorizing - postmodernism is to start a few movements previous - read to gain an understanding of when and why these movements took place; what was going on politically and socially during each movement...and the ascension to postmodernism will be much easier to understand and recognize.

The best way to understand - and be relatively confident in categorizing - postmodernism is to start a few movements previous - read to gain an understanding of when and why these movements took place; what was going on politically and socially during each movement...and the ascension to postmodernism will be much easier to understand and recognize.

You are assuming, I guess, that I'm not aware of the art movements which came before post modernism?

Dada or Dadaism is a cultural movement that began in Zurich, Switzerland, during World War I and peaked from 1916 to 1922.[1]

I understand why & in what forms, in different countries, Dada art occurred. (Doesn't any anyone interested in art?)
I once wrote a lengthy paper on the influence of Dada on 20th century art.

But I was asking about the meaning of post modernism in 2011.
Can you shed more light on that?

I understand why & in what forms, in different countries, Dada art occurred. (Doesn't any anyone interested in art?)

What a weird statement. No. Not everyone interested in art knows about Dada. Seems to me people would be more likely to know about postmodernism...which you cited bafflement over in the previous pages.

You are assuming, I guess, that I'm not aware of the art movements which came before post modernism?

I assumed nothing, but spoke in general terms about understanding postmodernism.

But I was asking about the meaning of post modernism in 2011.

You asked nothing of the sort. You expressed confusion of the entire category.

The authors don't explain it - they are examples of it.

You're quite an ass.
1 Reply
2
Reply Tue 22 Feb, 2011 09:58 am
@Lash,
Yes, I know Don DeLillo and Thomas Pynchon are writers, but as we've been talking about the visual arts on this thread, I wasn't clear about why you mentioned them within the context of what I was asking. I wondered if they might have written about the subject, though I'm only familiar with them as novelists.

I mentioned Dada is because you mentioned it in your post. What do you mean by: "Dada sort of symbolizes postmodernism in art" ?
That doesn't make sense.

The reason I mentioned feeling confused by the term postmodernism is because I've come across a number of different definitions of it in my reading, like the one I mentioned earlier.
Another I came across just recently: "A late 20th Century style & conceptual theory in the arts and architecture characterized by a general distrust of ideology as well a rather difficult relationship with what constitutes art".

I don't particularly want to go on and on about this, I just asked if anyone could explain it in simpler terms, that's all.

Post modernism was a term in many fields back in the eighties. I don't worry about it..


in conjunction with tsar's comments covers it well

2 Replies
2
Reply Tue 22 Feb, 2011 10:16 am
@ehBeth,
This thread probably isn't the place for a detailed discussion about postmodernism, but it's actually more complex than that.

If I hadn't foolishly attempted reading (incredibly complicated & contradictory) essays about the subject I wouldn't have worried about it at all.

0 Replies
3
Reply Tue 22 Feb, 2011 10:30 am
@ehBeth,
I have the impression that postmodernism, because of its internal variability, is more the opposition to modernism than it is an advocacy (especially a unitary or consistent advocacy) of something. I like its freedom but I do not feel in the least limited or constrained by the modernism in 20th century painting.
0 Replies
1
Reply Tue 22 Feb, 2011 10:35 am
@MontereyJack,
You're right!
0 Replies
1
Reply Tue 1 Mar, 2011 11:07 pm
An attempt to make amends .....

Tsar, I am so sorry for derailing your perfectly good thread a while ago.
It came to a standstill after my digression, so here's another contribution from me, in the hope that the thread can actually be revived, post postmodernism.

It's not that I hate it, or anything like that. In fact I find it rather "interesting".

What has put me off completely about Fur, for years & years, is the thought of drinking tea from that cup!
First thing in the morning!
The thought is just too much!

I suppose our contemporary interpretation is threw the lens of revulsion and fascination. On one hand it holds the attraction that many people hold for fur coats and luxurious things but on the other hand, it might be a reminder that fur is a brutal thing to acquire.

I just kept imagining drinking a cup of tea out of it, after having stirred it with the furry spoon. Not the most appealing thought.
I hope you don't start serving up your tea in this fashion in your tearoom, tsar!

Do we actually know for certain that Mona was a man, or are we still speculating endlessly?
0 Replies
1
Reply Wed 2 Mar, 2011 07:57 am
@sozobe,
Oh good grief. You win!
0 Replies
1
Reply Wed 2 Mar, 2011 08:12 am
@farmerman,
I really love Caravaggio. I'm really a sucker for the drama of chiaroscuro...and Caravaggio used it to such a dramatic effect in that one...."Saint John on the Road to Damascus" or some such title... I think this whole manipulation of light features pretty heavily on what attracts me (ceptin SOME art...which is considered canonical...but I just wince. I like Goya's heart and subject matter - particularly his political paintings...but I don't like to look at them. They seem cheap or poorly done; like a kid in art class knocked them off almost.)

....But Jan Van Eyck...the Dutch Masters... some other guys whose names escape me... yum Below is Caravaggio's "Road to Damascus" 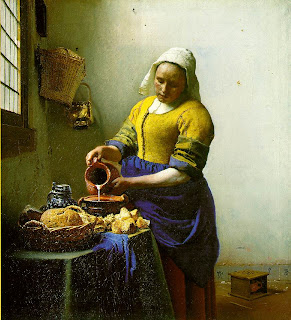 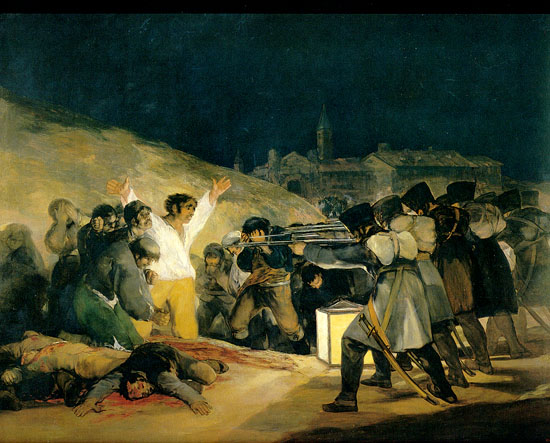 http://www.tourome.com/rome_great_artists/church_of_santa_maria_del_popolo.htm
- fascinating church in a major piazza (don't get me started)
1 Reply