Would Canadians pay $200 per plate for Sarah Palin?

It is expected that it will cost $200,000.00 to bring Palin to Hamilton. The 1000 seat banquet centre will host a banquet with various ticket prices up to $200.00 each. Details are still being decided.

It is curious, and perhaps hypocrital, that Palin will be in town to raise money for two local hospitals when she is/was an outspoken supporter of private health care in the U.S.

Why not just host a dinner without Palin and give the proceeds to the hospitals?

Palin will make a presentation and have a question-answer session. The topic has been left open.

It is curious, and perhaps hypocrital, that Palin will be in town to raise money for two local hospitals when she is/was an outspoken supporter of private health care in the U.S.

if she runs for president, i hope somebody remembers this

a "she supports socialism in foreign countries" sounder be sound great in that ominous announcer voice
0 Replies
1
Reply Sat 19 Dec, 2009 12:41 pm
@tsarstepan,
Understandable. I can, however, vouch for the food at Carmen's.

Hospitals no longer want Palin on their ticket

Hospitals no longer want Palin on their ticket

NO DINNER with almost V.P. !


Well, well. It seems that my thread was a success and secured the desired result. 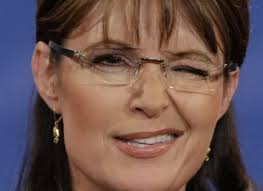 Another politically correct and factually wrong post, eh, Intrepid - do you ever think of trying any other kind?!


You must be one of them right wing fanatical Republicans, eh. Exactly what is factually wrong?

The gala dinner hasn't been canceled, and Governor Palin still is the honored guest and speaker - your own article confirms that.


Where have you been? She resigned! She will NOT be a governor in April!
0 Replies
1
Reply Sat 19 Dec, 2009 01:41 pm
If they like her, I hope they keep her.
1 Reply
2
Reply Sat 19 Dec, 2009 01:42 pm
@hamburgboy,
You were correct in that the benefit for the hospitals has been cancelled. Your article does indicate that a children's charity will now benefit from the proceeds.

It does make one wonder why they are going ahead with a different charity.

Highseas does seem to be upset with both your and my posts.

If they like her, I hope they keep her.


I really don't see much hope in that.

0 Replies
1
Reply Sat 19 Dec, 2009 03:35 pm
@Intrepid,
I guess we'll just have to try a little harder to keep the former governor out of the area. I wonder who we'd have to embarrass to make it not happen?

Then again, Sheila Copps is from Hamilton. She might be able to throw some excellent political punches over this.
1 Reply
1
Reply Sat 19 Dec, 2009 03:41 pm
@ehBeth,
We don't hear much from Sheila anymore.

Know what would be funny? If Sarah comes to Hamilton and nobody shows up. 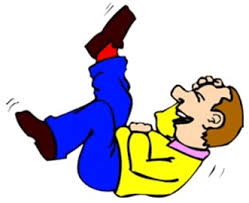