Forums: Baseball, Sports, Mlb, Major League Baseball, Hot Stove
Email this Topic • Print this Page
6
Reply Tue 18 Jun, 2013 08:30 am
Blimey, it looks like us Brits are getting the hang of the game after all.

Prepare to be impressed.... 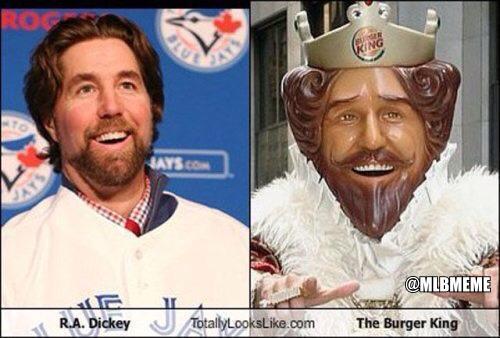 2 Replies
1
Reply Thu 27 Jun, 2013 06:14 pm
@fbaezer,
brilliant!
1 Reply
1
Reply Thu 27 Jun, 2013 07:41 pm
@Ragman,
I went to a minor lague ball game with an acquaintance who was reporting on a new prospect that the Phillies were considering bringing up as a third baseman.
I hadn't been to a minor league game in about 25 years and WHAT THE ****
They've turned minor league baseball into a series of family friendly commercial events. Every time someone walks, there is a big screen that calls it a Wa Wa Walk (WaWa is the name of a chain of crappy fast food and grocery stores).
Then, wvery time the innings change or even between innings when teams retire, there will be some time wsting stupid kiddy event
For example in two innings they had
1The CRAZY HOT DOG VENDOR who drove around in a golf cart and threw hot dogs that he drew from OUT OF HIS PANTS!

Then , next team change, there was a tee shirt cannon that fired tee shirt balls into the crowd, Then a fight between team mascots.
This crap went on the entire game, just slowing the game down even further
WTF?? what happened to minor league ball?
1 Reply
0
Reply Thu 27 Jun, 2013 10:46 pm
@fbaezer,

0 Replies
1
Reply Fri 28 Jun, 2013 09:33 am
@farmerman,
They're stoned and are run by Grad students. Next thing you know they'll be having give-away contests that require you to reply by texting.

Here in So FL within a short distance, I got a choice between 3 minor league teams. I refuse to drive up to see TB Rays 'cause the park sucks (and they're arch-rivals with Sawx). The 3 minor league teams are affiliated with Orioles, Pirates and Red Sox down in Ft. Meyers (new park). My allegiance is with Sox, but I don't want to have to drive more than an hour so my visit there is on hold for awhile.

When I was residing up in Albany, in 2008 I saw their new minor league park up there and they did a few of those annoying things you mentioned. Prospect of my revisiting was not inviting to me.
1 Reply
1
Reply Fri 28 Jun, 2013 10:37 am
@Ragman,
My friend was actually doing some scouting and I was talking with some of the folks around me who were equally incredulous about all the mid inning **** (By the way, they did have a guy with a target that you could scan with your phone).
Most of the people around me were "Roadies" who travelled from minor league park to minor league park as part of a vacation schedule. (Lancaster is a very desirable vacation spot for mid America).
These people drive from NC all the ay up to Portland Maine to take in a game an EAT at various restaurants.
I dont think my ,life is going to time for such activity
1 Reply
1
Reply Fri 28 Jun, 2013 11:19 am
@farmerman,
I hear you there. Too bad the marketeers are not doing surveys to see how badly they annoy their fans who visit their park.

Lancaster I know is a great place for making images as Amish country is very photogenic. As a B&W photog, I hope to visit some day. When I lived in Albany NY I was a hell of a lot closer but it just never worked out.

I've been to Portland ME and it's pretty impressive. They now have some great eateries (even for foodies). In the last 10-12 yrs or so, they've fixed up downtown Portland and made it quite a destination point for a lot of New Englanders and East Coasters. I think they're got a minor league team ... called the Sea Dogs, or some such.
1 Reply
2
Reply Fri 28 Jun, 2013 06:07 pm
I think pitchers are having kind of a hard time finding Miggy's weaknesses: 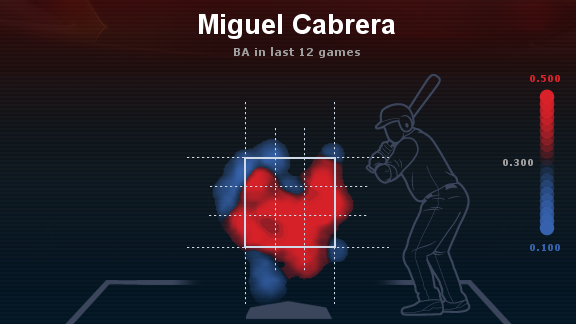 I think pitchers are having kind of a hard time finding Miggy's weaknesses:


I saw him launch a rocket that came in 2 inches from the ground!

BTW Prince Fielders homer landed in the catwalk last night. Never saw that before.
1 Reply
1
Reply Sat 29 Jun, 2013 08:20 pm
I have said this many times before to many others I know...and may have even posted it in this thread before...but I just felt so compelled to say it again...

Buck Showalter is a very great manager...and is extremely underrated...that man went to the Yanks in the early 90's and turned the Yankees around to a contender and then Torre took over and made them a dynasty...then he went to the D'backs...and put that franchise on the map...probably had a lot to do with getting Randy Johnson, and Curt Schilling....and then he leaves...and with Bob Brenly the D'backs win it all and end the Yankee dynasty...then he goes to Texas...puts them on the map...and then leaves, they never brought the hardware home, but they made it to back to back World Series'...Now he goes to a clunking Baltimore team...and they are a great team again...I just seen the game and the stadium was packed even though they were up 9 runs after the first inning...and the team is nothing but budding stars...from Chris Davis, to Adam Jones, to Manny Muchado, to Nate Mclouth...etc...I hope one of these teams are smart enough to let that man stay and get a ring that he so much so deserves...I can't understand why teams let him go after the franchise starts to be rejuvenated...
1 Reply
1
Reply Sat 29 Jun, 2013 08:24 pm
@panzade,
Quote:

I saw him launch a rocket that came in 2 inches from the ground!

LoL..I think about this all of the time, but it is one of those things I am not positive about...but can remember it, and think about it all the time so I am sure it had to have happened....

Does anyone remember when Vladimir Guerrero was in his prime and hit a ball out of the park that had bounced off of the dirt? If anyone does, did he get a home run for that? Or did it go as an automatic ball? (from what I remember he hit it out, and the fans were going crazy, and he had to stay and bat because it was a ball, and the fans had no idea why)

I will see if I can find the youtube video...brb...

Does anyone remember when Vladimir Guerrero was in his prime and hit a ball out of the park that had bounced off of the dirt? If anyone does, did he get a home run for that? Or did it go as an automatic ball? (from what I remember he hit it out, and the fans were going crazy, and he had to stay and bat because it was a ball, and the fans had no idea why)

Does anyone remember when Vladimir Guerrero was in his prime and hit a ball out of the park that had bounced off of the dirt? If anyone does, did he get a home run for that? Or did it go as an automatic ball?

On a pitch that hits the dirt before it reaches the plate, it's an automatic ball if the batter doesn't swing at it. If the batter swings, then it's treated just like a regular pitch.
1 Reply
1
Reply Mon 1 Jul, 2013 04:39 pm
@joefromchicago,
Thanks Joe...
0 Replies
1
Reply Tue 2 Jul, 2013 06:16 pm
A couple of interesting games affecting Florida's baseball teams: Marlins and Rays.

David Price, Cy Young winner in 2012( Some think Verlander got shafted)
is on the mound for the Rays; coming off the DH list.

If the Rays are gonna make a run in baseball's toughest division, they're gonna need him.

The Marlins have been playing some good baseball in June; best record for the month in the NL.
Tonight they're facing a stalwart Braves team trying to distance itself from the pack in the NL East.
1 Reply