Back in 1998, The New York Mets inked a contract with their recently reacquired Bobby Bonilla. The 1999 season arrived and he did not exactly impress. Even alleged manager at the time, Bobby Valentine had issues with Bonilla. After the dismal season ended, so did Bonilla's time with The Mets.

In exchange for deferring the remaining amount for the following ten years, they would begin in 2011 to pay, on July 1, each year the sum of $1.19 billion dollars to Mr.Bonilla through to 2035. Final cost? $29.8 billion dollars!


Mr.Bonilla left the Mets and played a few more seasons, first with the Atlanta Braves and lastly with the St.Louis Cardinals. 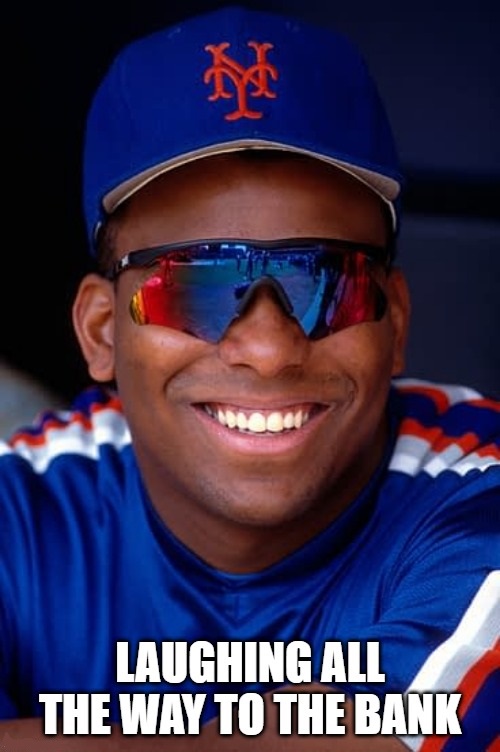 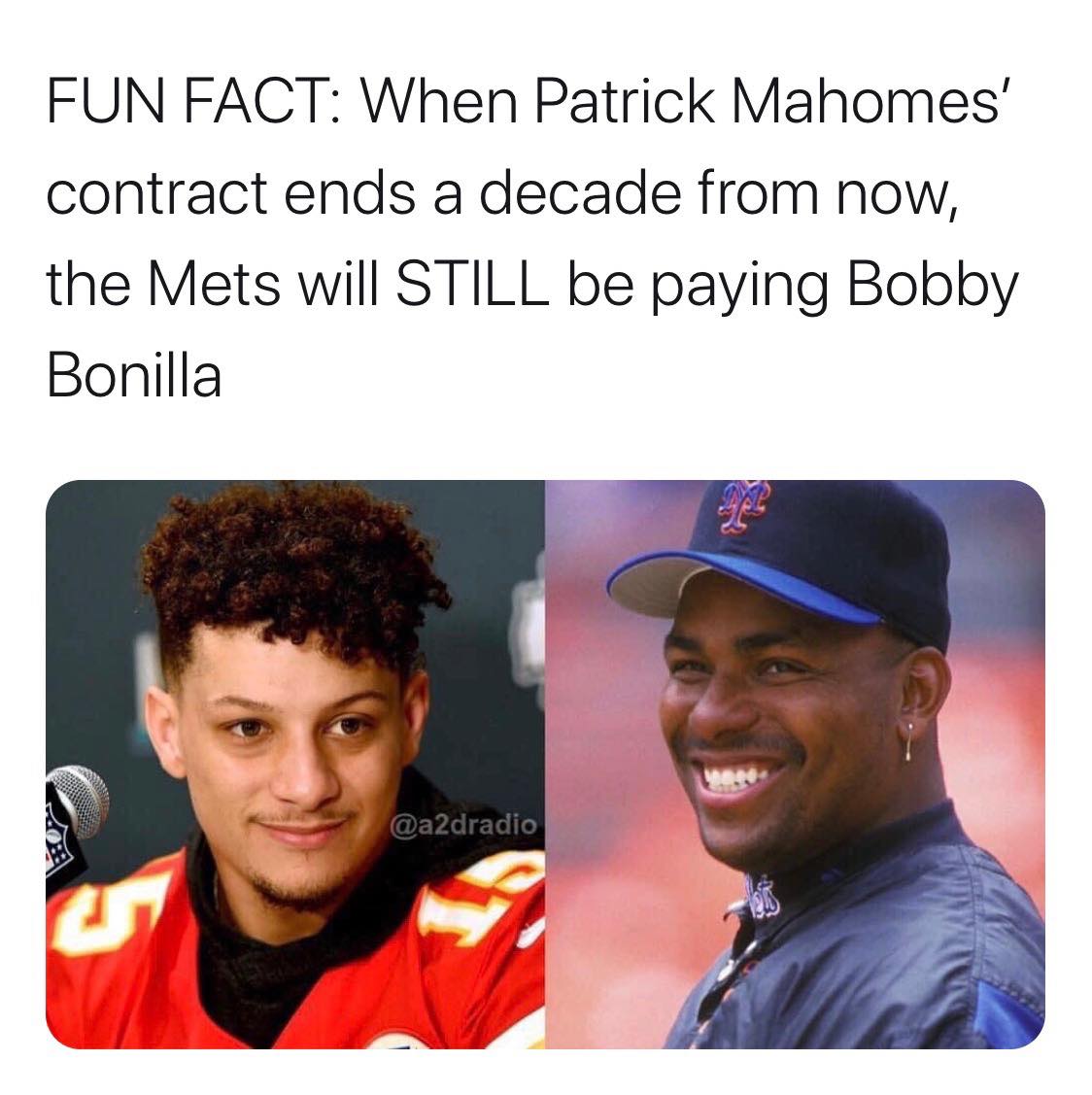 On Monday night she became the first woman to coach in an on-field capacity during
a major league game when she took over as Giants first-base coach. 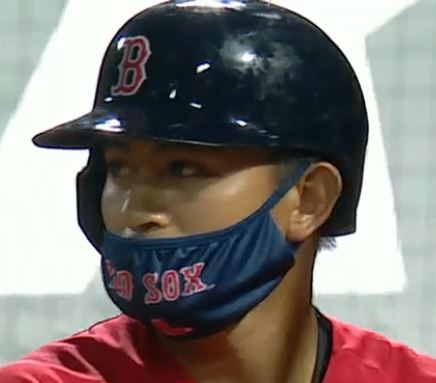 Yoenis Cespedes did not report for today's Mets game

The Mets’ outfielder/designated hitter didn’t report to the ballpark for today's game
against the Braves and hasn’t communicated with anyone, the team announced.

“He did not reach out to management with any explanation for his absence,” general
manager Brodie Van Wagenen said in a statement. “Our attempts to contact him have
been unsuccessful...”
2 Replies
1
Reply Sun 2 Aug, 2020 03:42 pm
@Region Philbis,

Cespedes has opted out of the 2020 season after he did not report for sunday's game,
according to Mets' GM Brodie Van Wagenen...
1 Reply
1
Reply Sun 2 Aug, 2020 03:44 pm
@Region Philbis,
Which was weird having shown up yesterday.

This "season" gets more complicated and bizarre each day.
1 Reply
1
Reply Sun 2 Aug, 2020 07:20 pm
@Sturgis,
phillies were no. 1 for 12 hours nd then we re now second from the bottom in our division.
0 Replies
1
Reply Sun 2 Aug, 2020 07:24 pm
@Region Philbis,
I think the short season should do away with Leagues and the top 4 teams in each of four divisons play thewhirl series.
Ive a feeling that, by Labor day, we will only have a few dozen players and NO umpires Better install a whole bunch of GOPROS behind Lexan shields
0 Replies
2
Reply Fri 13 Nov, 2020 10:27 am

"I entered Major League Baseball as an intern and, after decades of determination, it is the honor
of my career to lead the Miami Marlins as their next General Manager," Ng said in a statement.
"We are building for the long term in South Florida, developing a forward-thinking, collaborative,
creative baseball operation made up of incredibly talented and dedicated staff who have, over
the last few years, laid a great foundation for success.

"This challenge is one I don't take lightly. When I got into this business, it seemed unlikely a woman
would lead a Major League team, but I am dogged in the pursuit of my goals. My goal is now to bring
Championship baseball to Miami. I am both humbled and eager to continue building the winning
culture our fans expect and deserve."
0 Replies
2
Reply Tue 11 Jan, 2022 05:59 am

Rachel Balkovec will manage the low-A team for the New York Yankees this season, making her the first
female skipper in affiliated professional baseball, according to a report by The Athletic.

Balkovec, who joined the Yankees as a minor league hitting coach in November 2019, will lead the minor
league Tampa Tarpons, according to The Athletic.

"I view my path as an advantage," Balkovec told The Associated Press in 2019. "I had to do probably much
more than maybe a male counterpart, but I like that because I'm so much more prepared for the challenges
that I might encounter."
0 Replies
1
Reply Wed 13 Apr, 2022 03:44 pm
@Region Philbis,
two years ago, I wrote:

On Monday night she became the first woman to coach in an on-field capacity during
a major league game when she took over as Giants first-base coach (during an exhibition game).

Nakken came in to coach for the Giants in the third inning after first base coach Antoan Richardson was ejected.

"I think we're all inspirations doing everything that we do on a day-to-day basis and I think, yes, this carries
a little bit more weight because of the visibility, obviously there's a historical nature to it," she said. "But again,
this is my job."
0 Replies
1
Reply Tue 3 May, 2022 03:12 pm

The 23-year-old two-way player signed with the Staten Island FerryHawks
on April 8, making her one of the first women to sign a contract with a
professional league affiliated with Major League Baseball...
1 Reply
1
Reply Tue 3 May, 2022 05:34 pm
@Region Philbis,
Region Philbis wrote:

The 23-year-old two-way player signed with the Staten Island FerryHawks
on April 8, making her one of the first women to sign a contract with a
professional league affiliated with Major League Baseball...

There is a team called the Brockton Roxs - you may have heard of it Region - well it is some independent league but they get a lot of local college players on it - Manny and Big Papi and Folk's sons are all playing on the team this summer - and I noted a guy from my town so lots of college kids - I told my daughter too bad she did not play baseball - she said she could have made the team --- then I saw the article you mention so I thought it was appropriate.
0 Replies
1
Reply Wed 4 May, 2022 05:33 am
Houston Astros
Legendary moment for a legendary manager.
Dusty Baker is the 12th MLB manager ever, and the first African-American manager, to reach 2,000 career wins.
0 Replies
1
Reply Mon 16 May, 2022 05:32 am

the cool thing about baseball is every game you see something you've never seen before...