There are only so many ways to make an impressive diving catch in the outfield, but here's one
you'll remember: N.C. State's Brett Williams with a flawless lay out into a tuck, followed by a
somersault and a pop back up to his feet. He closes with a flawless (and well-earned strut)
reminiscent of the WWE's dearly departed Mr. Perfect.

While this is undoubtedly the highlight of Williams' career (that we know of, anyway), he's an
integral part of the No. 10-ranked Wolfpack. According to the school, he's reached base in 15
of his last 18 at-bats. He's only six games back from a torn ACL, and while plays like that
probably put his doctors' hearts in their throats, they amaze the heck out of the rest of us.

Fernandez, last season's NL Rookie of the Year, was tagged for eight hits and a career-worst six earned runs in four-plus innings. The right-hander walked four, matching a career high, and struck out six. He gave up only one run over 18 innings in three appearances against Philadelphia last season.

Moore, who drove to Pensacola, Fla., with his girlfriend Anna to have the operation, which was performed by Dr. James Andrews, will miss the rest of this season and possibly part of 2015."

The Yankees are enemies of humankind!
I gotta agree with Castro about that.
1 Reply
2
Reply Wed 23 Apr, 2014 06:43 pm
@fbaezer,
He wasn't exactly subtle about it either. 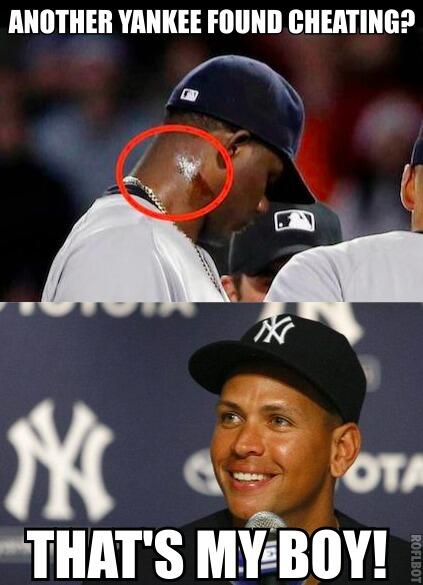