Forums: News, Actors, Paul Newman
Email this Topic • Print this Page
Reply Sun 10 Aug, 2008 05:50 pm
I heard some sad news today. Paul Newman, who has been struggling with cancer, was recently released from a New York hospital after chemotherapy treatments and allowed to return home. He didn't want to die in the hospital. Doctors have given him only a few weeks to live.

When asked by reporters how he was doing, he said that he "was getting along nicely." That's the kind of classy guy he is.

Maybe this thread is premature, maybe I should've waited until the time comes -- but I didn't feel like doing that. Why wait to pay tribute to someone until after they've gone? Why not do it now while he's still here, even though his time might be limited?

It might sound sentimental, but stars of Newman's magnitude really meant something to their fans. Unfortunately, so much of what Hollywood churns out today can be summed up in one word: Junk.

Paul Newman is a reminder of a time when Hollywood actually made movies worth seeing and remembering. Movies that made you think, that moved you, inspired you or just made you feel really good. The kind of movie that you could get so caught up in, you didn't even want to go to the kitchen for a snack because you might miss a couple minutes of it.

Who could watch Cool Hand Luke and not say to themselves, "Wow! What a performance!"

Of course, he will always live on in the great films that he did: Butch Cassidy and The Sundance Kid, Hud, Cat on A Hot Tin Roof and The Verdict to name a few.

But I wonder how many people are aware of the charity work he did as well? All of the profits from his food products when to charitable causes. He also sent up a residential camp for seriously ill children.

Yes, he is a pretty cool person as well as being a great actor -- and giving women someone to drool over for decades. Check out the legendary blue eyes:

It saddens me that his beautiful blue eyes might soon be closed forever. I hope he's enjoying the comfort of his home, and being with his family. And when the time comes, I hope it will be as easy and painless as possible.

This is very sad news, although it is great that he has lived to a damn fine age, done some damn fine work, and had a wonderful marriage.
0 Replies
2
Reply Sun 10 Aug, 2008 07:04 pm
ITA with everything you said, dlowan.
0 Replies
1
Reply Sun 10 Aug, 2008 07:33 pm
He's one of the rare actors who put his profession before his ego. You seldom
saw him in Hollywood much less its surrounding party scene. No National Enquirer was chasing him down the street, and he's been married to Joanne
Woodward for over 50 years.

There are many celebrities who come and go -- but every now and then there's one who just gets to you. I actually got a little choked up today when I heard this news.

In spite of his fame as one of the film industry's major stars, he always seemed to retain such a down-to-earth quality. If that sounds like a cliche, I think you only have to look at his life to see the truth of it.

As great as it must be to have fame and fortune, he never seemed to forget the really important things in life -- like family, friends, and people who are less fortunate.

I hate to say it, but I don't think there are many stars today who could boast that. (Although, as Chai pointed out, Paul Newman wasn't one to boast about himself.)

My heart goes out to his wife, Joanne Woodward, as well. I can only imagine what it must be like for her, losing her partner after so many years. No doubt, he was/is the love of her life. 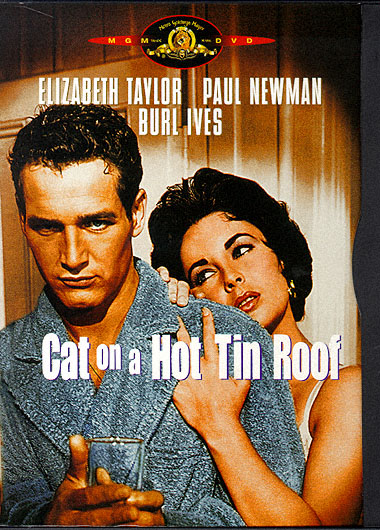 Paul Newman is a True Gentleman.

If The US had Knights, he would damn sure be one...

love his eyes.... fabulous actor... all round good fella. Very sad.
0 Replies
2
Reply Sun 10 Aug, 2008 11:16 pm
I was very saddened when I first read of his illness several months ago. He has always been one of my favorite actors, and human beings.

An admirable man, in all respects. He has good reason to feel proud of the legacy he will leave behind him in terms of the work he has done, both on and off screen, and the positive impact he has had on so many through his charity.

There is no question that he is one of the all-time greatest film actors. He consistently turned in wonderful and memorable performances in movie after movie (I think at least 60 of them), and he proved to be quite a good director too.

And he certainly should be praised, and remembered, for his exceptional philanthropy and social activism. His food company, Newman's Own, donates all profits and royalties to charity, and, as of May 2007, these donations exceeded $220 million. In June, 2007, he donated $10 million to Kenyon College, his alma mater, for establishment of a scholarship fund.

I don't think I've ever read or heard a bad word about this man. He seems to have integrity and intelligence, as well as strength of character and humanity. He seems to have avoided the many temptations and pitfalls that can plague Hollywood mega-stars, and he has lived his personal life quietly and privately, without a hint of scandal. And, as someone whose youthful image included being physically gorgeous, he has managed to age gracefully and with dignity.

Whenever the end may come for him, I hope it will be peaceful and that he will feel he leaves behind a life well-lived.

He will always have a special place in my heart. I'm just not ready to part with him. I don't think I've ever read or heard a bad word about this man. He seems to have integrity and intelligence, as well as strength of character and humanity. He seems to have avoided the many temptations and pitfalls that can plague Hollywood mega-stars, and he has lived his personal life quietly and privately, without a hint of scandal. And, as someone whose youthful image included being physically gorgeous, he has managed to age gracefully and with dignity.

firefly, as usual, your post was intelligent, articulate and thoughtful.

Thanks, everyone for all the great comments. Makes me feel a little better reading them. I also appreciate looking at all the great pics of Mr. Newman! :wink:
0 Replies
1
Reply Tue 12 Aug, 2008 06:14 pm
My favorite is Cool Hand Luke. I bet I've seen it a dozen times at least.


"Sometimes nothin' can be a real cool hand."