Kanye West + Defunding the USPS: Theft of the 2020 Election by a Million Fraudulent Papercuts?

While President Trump has long railed against mail-in voting, falsely claiming it leads to rampant fraud, he appeared to confirm Thursday morning that he opposes Democrats' proposed boost in funding to the U.S. Postal Service for the express purpose of making it harder to expand voting by mail. The Kanye West gambit could very well backfire against the Trumpian horde to steal the election.

For example, Ross Perot, who made a bid for president as an independent candidate in 1992, had a mix of policy positions — both conservative and liberal — and so he took votes away both from Republican George H.W. Bush and Democrat Bill Clinton.

That's unlike Ralph Nader, who ran as a Green Party candidate in 2000, well to the left of Democrat Al Gore to reach disaffected liberals. Nader ended up pulling votes from Gore.

So what does that logic mean for West?

Burden says it's possible West could draw out some new voters.

"Some of them will be young, disaffected voters, maybe with no voting experience at all, but are kind of drawn in by the novelty of his campaign," he posits.

But he says the second factor — the candidate from whom West will draw votes away — isn't necessarily a given.

"Some Republicans are banking on the fact that he will hurt Biden more than Trump, but I don't think that's clear at all," Burden says.

Much of Trump's 2016 support came from voters who said they were tired of the status quo and were willing to give a political outsider from the entertainment industry a chance — descriptors that also apply to West.

Moreover, West appears to have socially conservative stances on issues such as school prayer and abortion, which makes him less likely to draw Democratic voters away from casting their ballots for Biden. President Donald Trump has requested a mail-in ballot ahead of Florida’s primary election on Tuesday, in spite of campaign tactic he’s repeatedly used to discredit the practice.

USA Today was the first to report that President Trump and First Lady Melania Trump will cast ballots by mail as Palm Beach County voters.

According to the Palm Beach County elections website, the President made the request for the ballot on Wednesday.

The news comes after a months-long effort by the President to discredit the practice of voting by mail. The practice has been used effectively to the exclusion of in-person voting in some states, and has been expanded by others in recent months in order to encourage safe voting amid the coronavirus pandemic which continues to accelerate with new infections around the country.

2 Replies
4
Reply Fri 14 Aug, 2020 08:01 am
@tsarstepan,
The Post Office Is Deactivating Mail Sorting Machines Ahead of the Election

The United States Postal Service is removing mail sorting machines from facilities around the country without any official explanation or reason given, Motherboard has learned through interviews with postal workers and union officials. In many cases, these are the same machines that would be tasked with sorting ballots, calling into question promises made by Postmaster General Louis DeJoy that the USPS has “ample capacity” to handle the predicted surge in mail-in ballots.

Motherboard identified 19 mail sorting machines from five processing facilities across the U.S. that either have already been removed or are scheduled to be in the near future. But the Postal Service operates hundreds of distribution facilities around the country, so it is not clear precisely how many machines are getting removed and for what purpose. 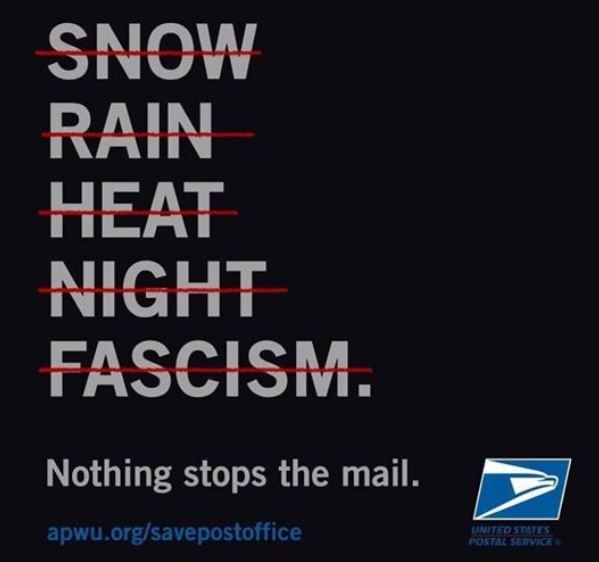 "In locations where we have more than one box sitting in the same spot side by side, we leave one behind," Swanson said.

The postal workers Motherboard spoke to said having machines removed, replaced, or modified is nothing new, but this time it seems to be more widespread, include a larger number of machines at their respective facility, and potentially impacts the facility’s ability to process large numbers of mail, including ballots, in a short time span.

“Look at it this way: Your local grocery store was forced to cut 1/3 of its cash-out lines, but management expected the same productivity, quality, and speed for the customer,” said an employee at a Buffalo distribution facility, which they said is set to lose six out of 21 mail sorting machines. “It’s just never going to happen.”

After publication, USPS spokesperson David Partenheimer told Motherboard, “The Postal Service routinely moves equipment around its network as necessary to match changing mail and package volumes. Package volume is up, but mail volume continues to decline. Adapting our processing infrastructure to the current volumes will ensure more efficient, cost effective operations and better service for our customers.” 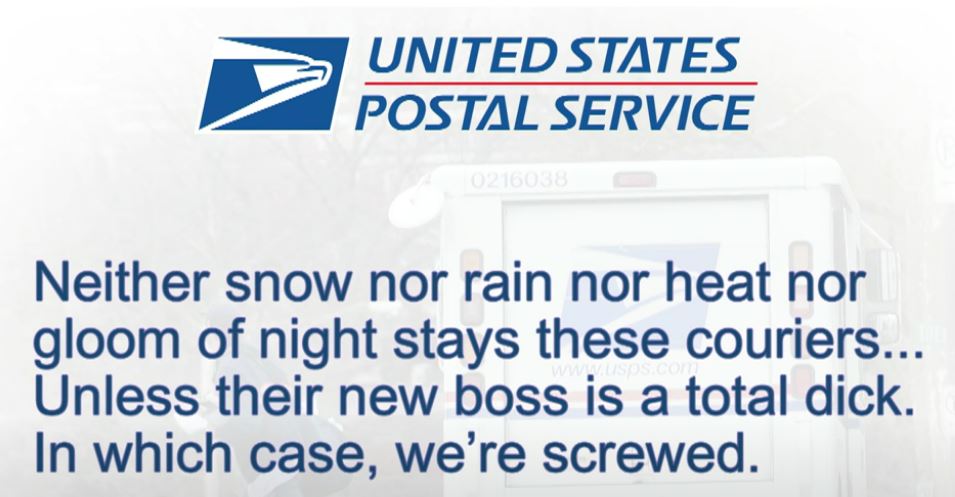 0 Replies
5
Reply Fri 14 Aug, 2020 02:57 pm
Trump's comments on the mail system are completely nuts. The postal service already has the capacity to handle the mail. Heck, twenty years ago they were handling a lot more than they handle now. And handling votes is insignificant to all the other things they handle, things like prescriptions and bills and political ads and birthday cards. For many Americans the postal service is their link to the rest of the country. Not everyone has email. My Dad writes letters all the time. Honestly, the House should just pass a stand alone Post Office bill and not tie it to Covid19 funds at all.
1 Reply
2
Reply Fri 14 Aug, 2020 10:40 pm
@engineer, A bipartisan organization of state secretaries of state—the people in charge of elections—wrote to Trump’s new Postmaster General Louis DeJoy on August 7 to ask for a meeting to discuss his recent changes to the USPS and to explore how those changes would affect the election. In a delay that observers say is “unusual,” he has declined to answer. The USPS recently sent letters to 46 states and Washington, D.C. to say that it cannot guarantee that it will be able to deliver mail-in ballots on time. The letters were prepared before DeJoy took office, suggesting that he knew the USPS should be ramping up its capacity, not decreasing it.

News broke today that DeJoy was named to the finance team of the Republican National Committee in 2017 (along with Elliott Broidy, Michael Cohen, and Gordon Sondland, if anyone can remember back to the days of impeachment), suggesting his partisanship makes him a poor fit for what is supposed to be a nonpartisan office.

In June, USPS officials told union officials that management was getting rid of 671 sorting machines, about 10% of the machines in the country. The sorters were the kind that handled letters and postcards, not magazines and large envelopes. The argument for getting rid of them is that people write fewer letters these days, but of course we are all expecting a huge influx of mail-in ballots that those machines would handle. Many of the removed sorters were in states that are political battlegrounds: Ohio lost 24 sorters, Detroit lost 11, Florida lost 11, Wisconsin lost 9, Philadelphia lost 8 and Arizona lost 5.

Similarly, the USPS removed letter boxes today in what it said were routine reassignments. The outcry was great enough that it has announced it will not remove any more until after the election. The removal of the boxes may indeed be routine, but David Becker, executive director of the nonprofit, nonpartisan Center for Election Innovation & Research told Washington Post reporter Jacob Bogage, “Given the other things that are going on, it’s okay to ask questions…. The high-speed sorters that are getting deactivated, the loss of overtime, the delays in mail we’re seeing right now, all of this should cause some concern and warrants questions.”

Today, Inspector General for the USPS Tammy L. Whitcomb announced that, at the request of Democrats, she is opening an investigation into “all recent staffing and policy changes put in place” by DeJoy. She will also be looking into DeJoy’s compliance with ethics rules, related to his huge financial stake in private competitors to the USPS.

He did not request a mail-in ballot.

The media is pulling the same crap they did with immigration. Conflating legal with illegal. Absentee ballots are different than mail in ballots because there is a procedure built in to validate them. Mail in ballots do not have anything like that and could come from anywhere and anyone. They lie constantly.
0 Replies
2
Reply Sat 22 Aug, 2020 08:56 am
@tsarstepan,
More Than 550,000 Primary Absentee Ballots Rejected In 2020, Far Outpacing 2016
Voter suppression, clear and simple.
1 Reply
2
Reply Tue 25 Aug, 2020 03:35 pm
@tsarstepan, After rapper Kanye West sued the Wisconsin Elections Commission on Friday to get his name on the presidential ballot in the state this fall, a less than surprising discovery was made: the address listed for West’s court filing matched that of a GOP state senator who previously served as chief counsel for the Republican National Committee.