Forums: Able To Know
Email this Topic • Print this Page
1
Reply Tue 1 Sep, 2020 10:18 am
@Walter Hinteler,
The German rescue vessel "Sea-Watch 4" has been authorised by the Italian authorities to bring 353 boat migrants rescued from the Mediterranean Sea to Sicily. The private support vessel is allowed to call at Palermo as a "safe haven", the sea rescue organisation said on Twitter. "Finally salvation for the rescued on board", it continued.

A spokeswoman said that the "Sea-Watch 4" was expected to arrive in Palermo on Wednesday. 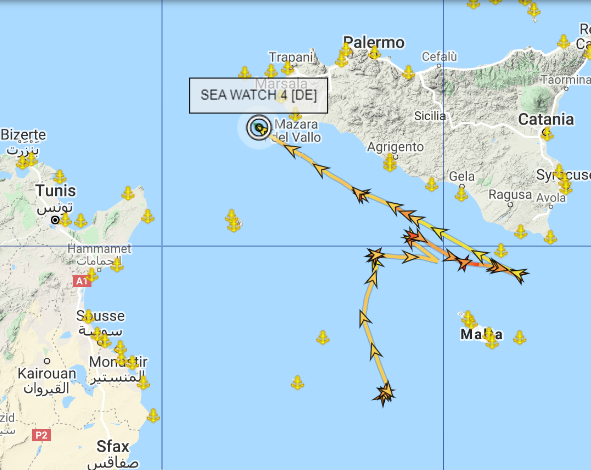 The activist has been involved in sea rescue and refugee aid for years. "Carola Rackete has shown a lot of courage and humanity and has accepted media condemnation, legal persecution and open hostility in return. We all deserve admiration for this", says Christoph Kuckelkorn, the president of the celebration committee.

Carola Rackete announced to donate the prize money of 10,000 € for refugees in Libya.


* The prize was created on the occasion of the 50th anniversary of the death of the exceptional carnivalist in 2020 to honour his commitment to freedom of expression and his courageous engagement against National Socialism.
The well-known Cologne carnival speaker Karl Küpper often used his appearances to criticise the Nazi regime and did not allow himself to be intimidated by reprisals and bans on speaking. With his critical attitude he not only pointed out existing grievances, but also serves as a role model far beyond carnival.
1 Reply
0
Reply Thu 29 Oct, 2020 03:04 pm
@Walter Hinteler,
I think you went out of what s important as europeans will be no more leaders of their lands.
1 Reply
1
Reply Thu 29 Oct, 2020 03:43 pm
@maxdog,
All at sea?
1 Reply
0
Reply Fri 30 Oct, 2020 12:31 pm
@ekename,
all at sea ?
0 Replies