Can a 'family' be something different?

When you take a look at the 'family structure', there is the head, the helpers, and the joys. There usually is also the morals and rules to the home.

So can a family be to a single person also? Can a person who is living within well being within 'good' be as a family without the additional 'persons'?


What are some of the basic 'family' rules many have learned through history's lessons and life's lessons?

if a person of 1 is able to provide these to self, could that person be as a 'family', being conducive to Society and promoting 'well being' as other 'well families' do?


So question: When an older person is part of other 'older' groups, and when the question is asked, 'Are you married?', what might be missing if the answer is 'no'?


There was a time when a husband's sole work was sufficient enough to maintain home, wife and children.
Type: Discussion • Score: 0 • Views: 825 • Replies: 8
No top replies
2
Reply Sun 18 Nov, 2018 11:20 am
Can you make fewer topics and allow people to engage with you? This site is not your personal blog.
1 Reply
0
Reply Sun 18 Nov, 2018 11:26 am
@jespah,
does it 'peeve' you that i do post many things? I keep wondering.. Are these posts costing someone from their pocketbook? And to continually post is to just be eating up their monies, per se?

These must be 'bought for' forums at a cost then. My goodness. What a way to share a forum board. Needing to purchase it and pay for its rent online. Sorry.. Putting this disclosure up to newly and already existing members could save alot of aggravation on both sides.

One way, if not in the Business start up sector, is:

Ephesians 6:1-3 "Children, obey your parents in the Lord: for this is right. 2Honour thy father and mother; (which is the first commandment with promise; ) 3That it may be well with thee, and thou mayest live long on the earth."


What Community was EVER in dismoral when children obeyed their parents and honored their fathers and mothers?

unscrupulous, pornographic, sinful, dishonest, indecent, depraved, wrong, nefarious, obscene, corrupt, unethical, shameless, X-rated, abandoned, bad, debauched, dissipated, dissolute, fast, graceless
2 Replies
2
Reply Sun 18 Nov, 2018 11:37 am
@daverod,
It doesn't cost a thing more than anything else on the board. And it doesn't peeve me. You overestimate how it affects me, sir.

I am merely suggesting this because the point of a discussion forum is discussion. It's not self-congratulatory shouting out to no one. That's what blogs are for.

Have a lovely day. It's beautiful weather here and I'm just about ready to go out and enjoy it. Perhaps you would like to do the same?

It doesn't cost a thing more than anything else on the board. And it doesn't peeve me. You overestimate how it affects me, sir.

I am merely suggesting this because the point of a discussion forum is discussion. It's not self-congratulatory shouting out to no one. That's what blogs are for.

Have a lovely day. It's beautiful weather here and I'm just about ready to go out and enjoy it. Perhaps you would like to do the same? Smile

Please don't take this the wrong way but this similarity came across after reading your profile. You said you were born during the Kennedy administration which would make you born during the 'baby boomer' generation.

Baby Boomers: Now approaching retirement age, the "boomers" are those born in the decade following the end of World War II (aged roughly 47-65). They are considered a generation who have "had it all", cosseted by parents who experienced the Great Depression and raised in the prosperous post-war era. Many benefited from free tertiary education and relatively low housing costs. Common put-downs range from 'self-obsessed' to 'stuck in their ways'.

But here in today's time and climate:
In the U.S. and UK, millennials have brought changes to higher education via drawing attention to microaggressions and advocating for implementation of safe spaces and trigger warnings in the university setting. Critics of such changes have raised concerns regarding their impact on free speech, asserting these changes can promote censorship, while proponents have described these changes as promoting inclusiveness.

And this could include 'censoring' others' speeches and actions and attitudes.


But of course since you were born in the Kennedy Administration, you would be within the Boomer or GenX generations.


In 2016, the Pew Research Center found that millennials surpassed Baby Boomers to become the largest living generation in the United States. By analyzing 2015 U.S Census data they found there were 75.4 million millennials, based on Pew's definition of the generation which ranges from 1981 to 1997, compared to 74.9 million Baby Boomers.[115][116] However, with their revised end date of 1996, millennials are expected to surpass boomers in size in 2019.


With this 'majority' group in The U.S, these will be the ones leading the U.S with other Nations as well as providing for the future of the U.S.

The Economist parallels this with millennials in the United States, whose attitudes are more supportive of social liberal policies and same-sex marriage relative to other demographics.[92] They are also more likely to oppose animal testing for medical purposes than older generations

A 2013 Pew Research Poll found that 84% of millennials, born since 1980, who were at that time between the ages of 18 and 32, favored legalizing the use of marijuana.[64] In 2015, the Pew Research Center also conducted research regarding generational identity that said a majority did not like the "millennial" label


In March 2014, the Pew Research Center issued a report about how "millennials in adulthood" are "detached from institutions and networked with friends."[66][67] The report said millennials are somewhat more upbeat than older adults about America's future, with 49% of millennials saying the country's best years are ahead though they're the first in the modern era to have higher levels of student loan debt and unemployment.

Elza Venter, an educational psychologist and lecturer at Unisa, South Africa, in the Department of Psychology of Education, believes members of Generation Y are digital natives because they have grown up experiencing digital technology and have known it all their lives


This is similar to any 'staple' product in any lives. if this digital technology should ever get into some kind of 'loss', these lives will be without a certain aspect of their life since birth as they know it. 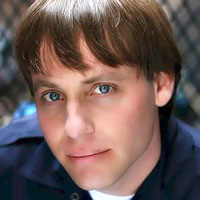 Creator of Rocketboom, Know Your Meme and the video aggregator site, Magma.
After releasing Rocketboom in late 2004, Baron established himself as one of the first vloggers.
In 2008, with one of the most followed Twitter accounts, Baron made international news when he put his Twitter account up for sale on eBay.
Honors and awards


So as more and more are leaving 'institutions' in favor for 'friendships' and 'social networking', the larger entities of the U.S might become 'neglected' in upkeeping.


Andrew Baron is the son of trial lawyer Fred Baron. Andrew Baron made international news again in 2008, when he used his blog to plea with a drug company to help save his father's life.[17] Boulder police on November 16, 2017, arrested Andrew Baron on felony charges of charity fraud and theft in excess of $100,000 from Humanwire, a nonprofit he said he established to help Syrian refugees

Baron with Sarah Austin in 2008


A 'millennial' caught up with 'fraud' ? How is that a 'good' sign for the coming Millennium?
1 Reply
1
Reply Sun 18 Nov, 2018 12:23 pm
@daverod,
You don't need to go too far to know that many 'millennials' would forsake home, family and Country for the fast 'buck' or life of privilege. Many terrorists remain terrorists because of the 'royal' treatment they are given.

Slide the 'bar' all the way to the right and see if you can find the 'hiding' owl.

Love is patient, love is kind. It does not envy, it does not boast, it is not proud.


Where is the 'love' in today's marriages?


i really do have to admit that certain persons of others' cultures seem to not be so wrapped up in the concept of God and of love. And these persons, sometimes, are much easier to get along with than those who try to have definitions to what 'love' and what 'God' is/are.

What's frightening is how certain Countries are beginning to 'subscribe' to these 'definition(s)' identifiers to be able to 'get along' with one another.

Japan is seeing a certain population of their 'youth' culture who are abandoning homes and society for a life withdrawn and indoors all, maybe, for the seeking of these 'definitions'. Why would they feel any 'need' to learn of these things if they are not applying themselves in learning? Why no reading, why no searching? Why no active 'process' to get these definitions they might be seeking?
0 Replies