What is your favorite period of Art?

They do the same thing when an image of the Virgin Mary appears in the bark of a tree or an image of Jesus appears on the side a rusted refrigerator.

can you take the img width down to 300" or post the url itself. Its waay to big to enjoy

They do the same thing when an image of the Virgin Mary appears in the bark of a tree or an image of Jesus appears on the side a rusted refrigerator.

When I as a kid in the 1960's I recall that, in Allentown Pa. there was a piece of toast bread that contained the face of Jesus (the caucasian version) and it started a goddam pilgrimage to Allentown (It was like the Blackened virgin of Czestochowa)


Don't people realize that images of the Virgin Mary and Jesus are creations of artists and any resemblance to the historical personages would merely be unlikely accidents. And since these two people have reached mythic status, all images of them are personifications anyway.
1 Reply
1
Reply Fri 11 Jan, 2019 03:42 pm
@coluber2001,
A lot of people have said Jesus' image is Cesare Borgia.
1 Reply
1
Reply Fri 11 Jan, 2019 04:09 pm
@izzythepush,
Yeah, it looks a lot it looks a lot like the image were familiar with.

1 Reply
1
Reply Fri 11 Jan, 2019 04:47 pm
@coluber2001,
When I was a kid in Catholic SChool, our teachers (Jesuit Brothers) took opportunities to teach art appreciation. I recall Brother James , who was an art scholar, would have a whol wgmwnt about artists of the rennaissance through the 20th century who painted their versions of Christ. As I recall, a German artist name of Heinrich Hofmann (born round 1815) became an "official" painter of the adult Christ complete with anew kind of halo and a face that looked like a young DENNIS HOPPER with a well coiffed beard.
Yep, Jesus was an Aryan.

A graffiti tribute to the late Welsh actor Windsor Davies has appeared on a rock face overlooking his hometown.

Davies, 88, who played the sergeant major in It Ain't Half Hot Mum, died on Thursday, his family said.

It was spotted by Andrew Groom when he was cycling on Bwlch-Y-Clawdd Road near Nantymoel in Bridgend county on Sunday.

The tribute has sparked interest on social media about who the mystery artist could be.

Mr Groom, of Treherbert, said he was "really proud" someone had created this tribute for the community.

"I was quite amazed, it is such a nice gesture. Windsor deserves this because he is a national treasure," he said.

Mr Groom, 50, added that he "couldn't believe" how popular his post of the tribute was on Facebook.

His photos have racked up more than 1,500 shares - and counting.

"You would miss the mural if you were in a car, I was lucky to spot it today," he said. 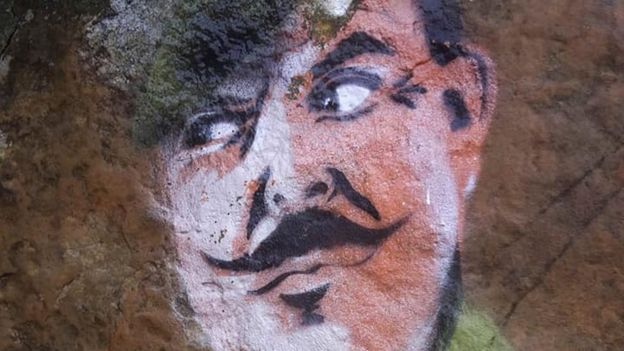 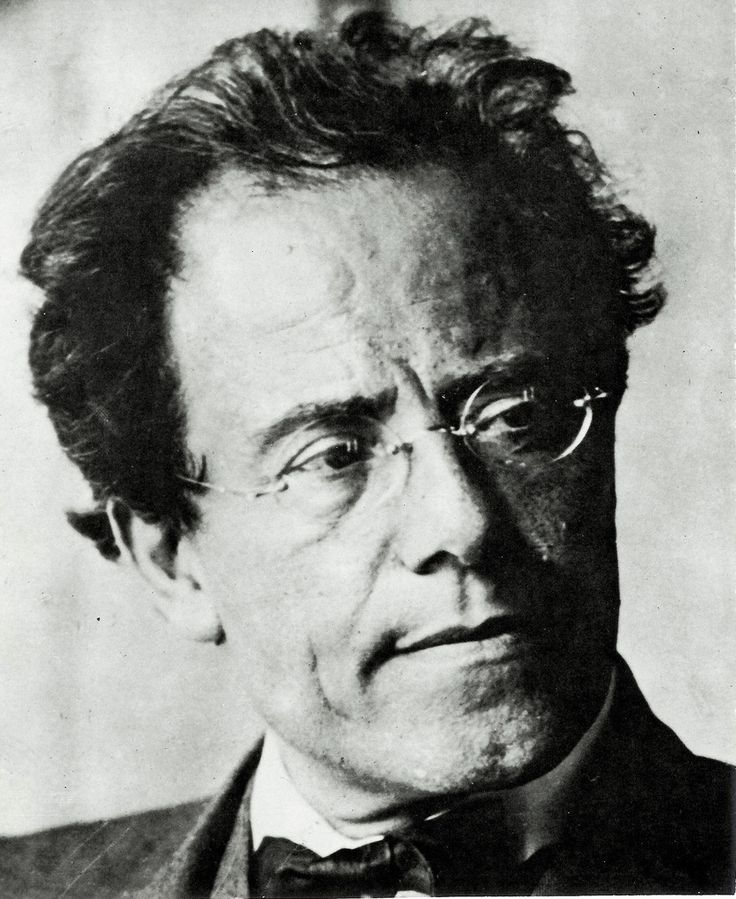 I don't know if this is art as such, but I ran across it and I had to share it. This is what I would call a symphonic face, that is, his face is as expressive as his music. Mahler is known for his enormous symphonies that run the gamut of all human emotions.
1 Reply
1
Reply Thu 24 Jan, 2019 02:40 pm
@coluber2001,
Theres a very eerie resemblance tween Gutave and N C Wyeth, Heres a portrait of NC done by himself but its not done in a flattering manner. It shows a kinda jawboney look that these two guys protray

1 Reply
1
Reply Thu 24 Jan, 2019 10:29 pm
@farmerman,
There is a bit of resemblance between Mahler and NC Wyeth, but mahler's face is much more complex like his music, whereas N C wears an aloof scowl like Severus Snape. 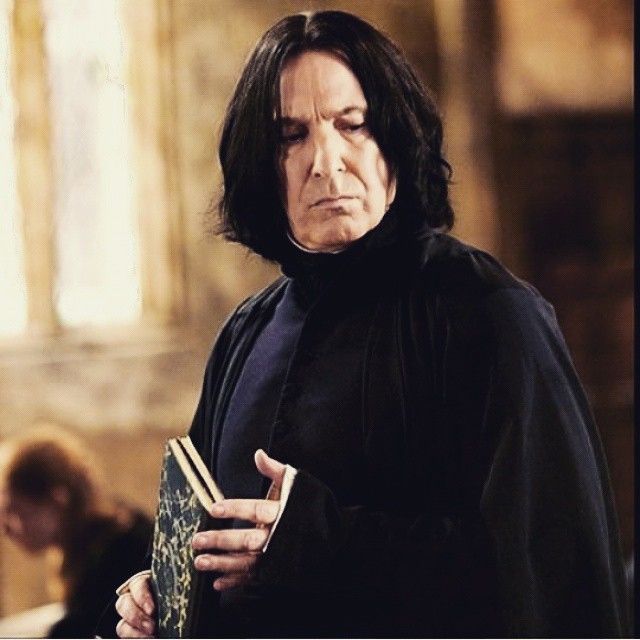 1 Reply
1
Reply Fri 25 Jan, 2019 05:55 am
@coluber2001,
both guys had similar arcs of their work,Mahker was better known as a conductor and Wyeth was bst knon as a book illustrator and not a "fine artist"(which pissed him off greatly)

Both were sticklers for detail and were hard to work with
Both were very superstitious
despite their "inabilities to pay with others well" they both ere generous with financial support of other of their crafts. I remember stories of Mahler paying for most of Schonbergs expenses and Wyeth supporting many ofPyles other students 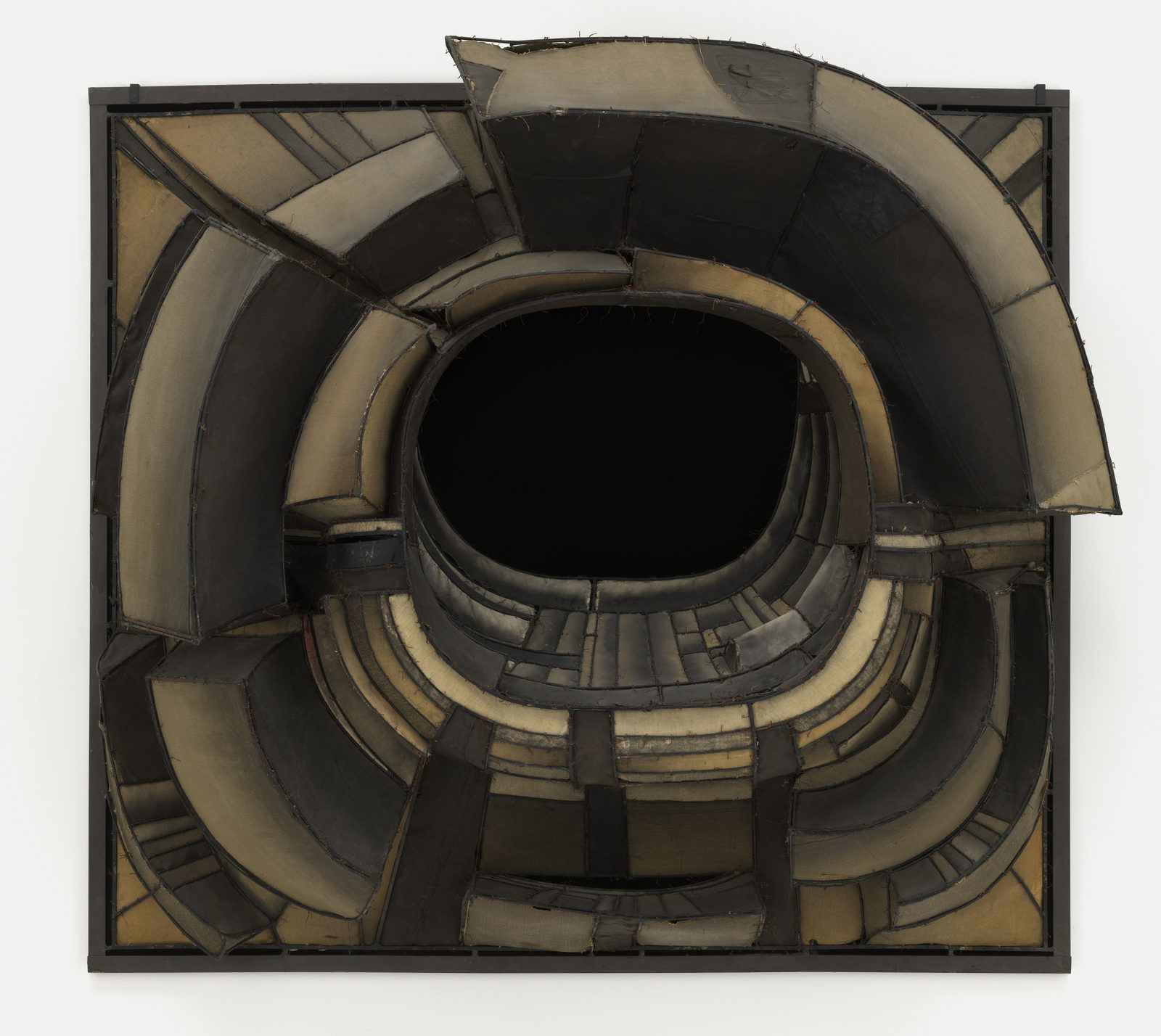 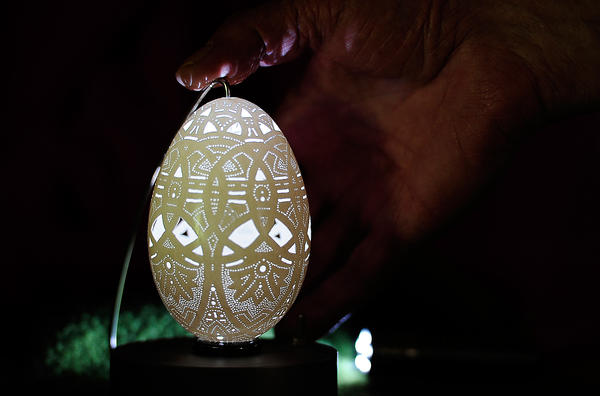 A picture taken on April 22, 2011, shows a special Easter eggshell decorated with more than 20,000 holes by Franc Grom, an artist based in the Slovenian village of Stara Vrhnika. Using a tiny electric drill, Grom pokes thousands of holes in eggshells to create intricate designs.
0 Replies
1
Reply Fri 1 Mar, 2019 12:11 pm 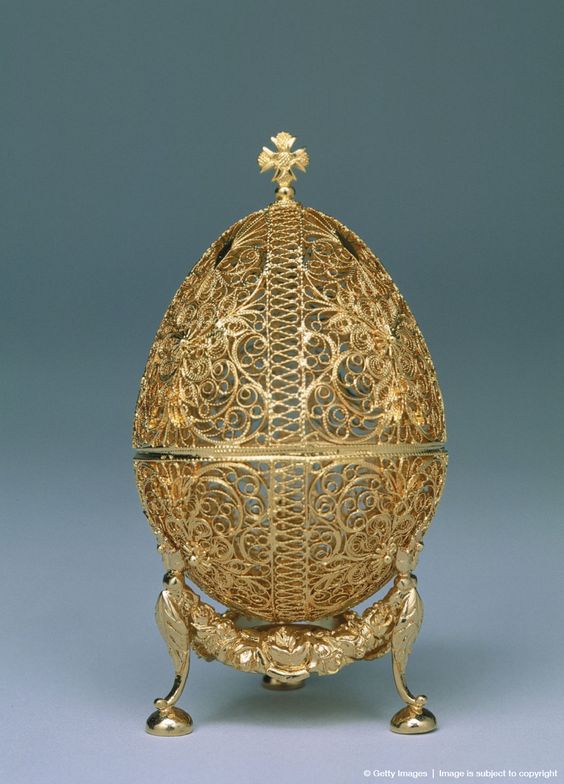 A Faberge Egg from the Kremlin Museum collection in Moscow, Russia, March 2001. The eggs were first designed in 1884 by the artist Peter Carl Faberge who gave one to a Russian czar who then gave it to his wife as an Easter gift. The wife loved it so much that she ordered them to be made each year for Easter. Faberge's primary source of inspiration for the designs came from historical artworks...
0 Replies