Confessions of a Cheese Rebel 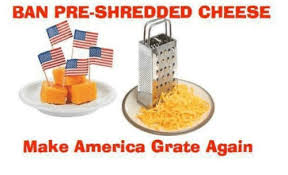 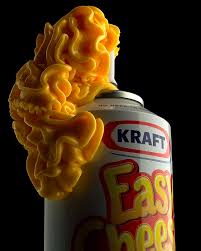 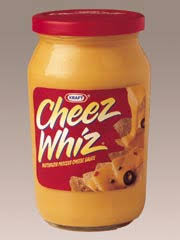 I like a good parmesan you grate yourself, for sauces and snacks, and brie as an addition to a fresh fig platter with grapes.

If I do have cheese on a beef burger, I want a full-flavoured cheddar, that I slice myself. I won't do those sliced cheeses of any description.

During the vegan days, I missed the cheese quite badly, so I found a seed cheese recipe, based on hulled sunflower seeds, liquified with a little water, then mixed with a measure of tamari shoyu (fermented soy), and drained and cured for a month in cheesecloth, left hanging in the shade.

Weird colour, but very tasty.
1 Reply
1
Reply Thu 22 Dec, 2016 11:12 pm
Who hasn't enjoyed a slice of cheddar on a peanut butter sandwich? Fried, ever so gently until the bread is a golden brown and both cheese and peanut butter start to ooze out...almost as divine as a butter and onion sandwich.
1 Reply
1
Reply Thu 22 Dec, 2016 11:17 pm
@Sturgis,
I would have to try that. Maybe with sliced banana under the PB.

I like a good parmesan you grate yourself, for sauces and snacks, and brie as an addition to a fresh fig platter with grapes.

I like parmesan, too, but for the daily use, a nuovo (lowest quality, only riped 12 months) is good enough for me.

And I like some of cheeses from the Cheese Rebels
1 Reply
1
Reply Thu 22 Dec, 2016 11:46 pm
@Walter Hinteler,
For daily use, I like the grana padano Italian hard cheese.

We have some powdered stuff from Kraft foods on the shelves here.

I only buy Italian parmesan.

In Europe (correctly: in the European Economic Area) , parmesan has to be a Parmigiano-Reggiano cheese.
1 Reply
1
Reply Fri 23 Dec, 2016 01:04 am
@Walter Hinteler,
We have a store called Aldi (German origin) and they stock both Grana Padano and Parmigiano Reggiano. The latter being slightly more expensive, but both come from Italian cheese makers.

I do just the opposite when scrambling eggs. I'll break the egg into the skillet, add a little salt and let it begin turning white before I break the yolk and mix it just a little bit, so that I have bits of yellow and bits of white, all slightly underdone.
0 Replies
2
Reply Fri 23 Dec, 2016 01:23 am
@farmerman,
Quote:

a small can of anchovies and several big green kalamatas stuffed with garlic cloves.

I recall as a kid my step father trying to force me to enjoy the stuff.

My wife has a lot of stories about being forced to eat various foods as a child. (Her family was very poor and couldn't afford to waste food). She now loathes some very common foods because of those experiences. Do you think that's why you don't care for cheese?
1 Reply
1
Reply Fri 23 Dec, 2016 01:36 am
@Builder,
Builder wrote:

Love me some Aldi.

My nearest store of that type is Lidl and our standard cheese is their own Roncero brand manchego.

Some of our Tasmanian cheeses are to die for, but I'm not sure if they make it to European nations just yet.