Lost Doctor Who adventure to return in animated form

Forums: Doctor Who
Email this Topic • Print this Page
Reply Wed 7 Sep, 2016 05:06 pm
From the BBC. I know most people won't give a monkeys but some will be quite excited.

A "lost" Doctor Who adventure from 1966 whose original master tapes were wiped in the 1970s is to be released in animated form, the BBC has confirmed.

The animated makeover of The Power of the Daleks is based on film clips, surviving photographs and audio recordings featuring the original cast.

The six-part story was the first full outing of Patrick Troughton's Doctor.

It will be available on 5 November at 17:50 GMT on BBC Store, 50 years to the minute after its broadcast on BBC One.

The adventure sees the newly regenerated time-traveller battling the evil Daleks with his companions Polly and Ben.
The Power of the Daleks is being produced by the same team behind the animated version of a lost Dad's Army episode that was released on BBC Store in February.

A special screening of the first three episodes will take place at BFI Southbank in London on 5 November, with a DVD release to follow on 21 November.

Charles Norton, producer and director of the black-and-white animation, said it was "the most ambitious Doctor Who archive restoration ever attempted".

"Intelligent, suspenseful and magnificently staged, Power of the Daleks is one of the great lost classics of 1960s television," he added. 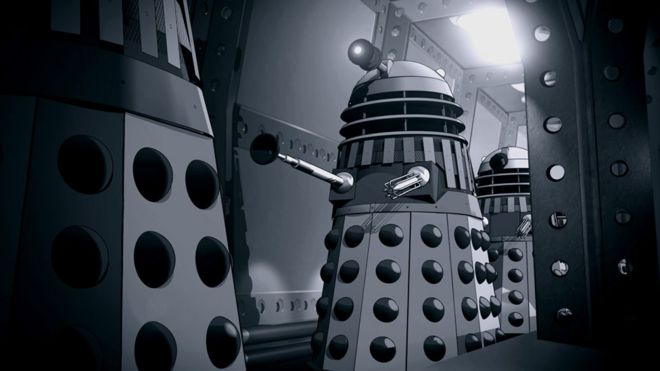 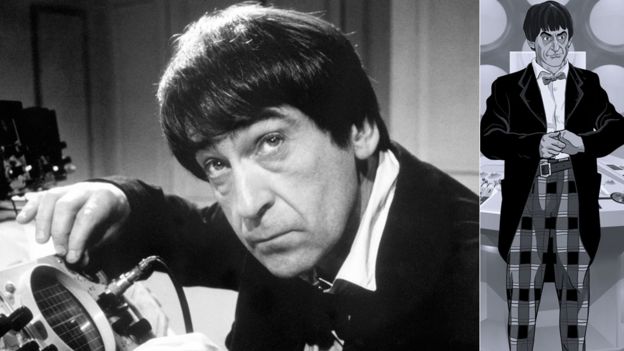